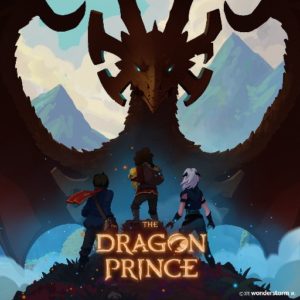 Netflix announced on twitter that it will be bringing in new animated series, The Dragon Prince from the writer of Avatar: The Last Airbender, Aaron Ehasz, who is currently working on the same.

Wonderstorm, an entertainment startup based out of Los Angeles is behind the animated series. The startup is created by Justin Richmond, Ehasz and Justin Santistevan, who is a former producer with Riot Games. The team is working on a video game as well along with The Dragon Prince.

Created by Ehasz and Richmond, The Dragon Prince tells the story of two human princes who forge an unlikely bond with the elfin assassin sent to kill them, embarking on an epic quest to bring peace to their warring lands,  according to a statement from Netflix.

Ehasz tweeted, “The teams at Wonderstorm, Bardel, and Netflix have been working hard to bring a shared vision to life. So proud to be announcing The Dragon Prince and excited to talk about it at SDCC and share this epic story soon!” SDCC panel will have a special presentation presenting Ehasz and Richmond.

Netflix has garnered a huge fan base with their selection of shows and option to request shows and other content. The release date of The Dragon Prince is not yet confirmed, so fans will have to wait for the next big thing to come on Netflix.