As India enters the ninth week of lockdown, the kids sector has grown by 2 per cent in week 20 (16 to 22 May) from 7 per cent to 9 per cent. Throughout the lockdown period, the sector has shown consistent growth and performance. 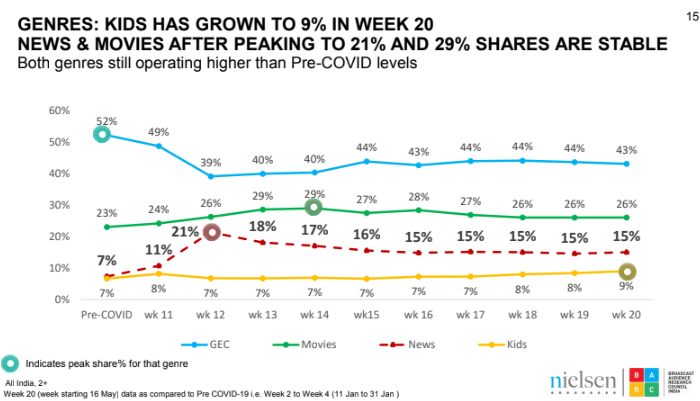 Highest viewership has been recorded between children between two to 14 years during the Non-Prime Time (NPT) with 24 per cent growth than the pre-COVID period in week 20. Overall kids viewership growth in NPT stands at 68 per cent while it is 20 per cent in PT (Prime Time). 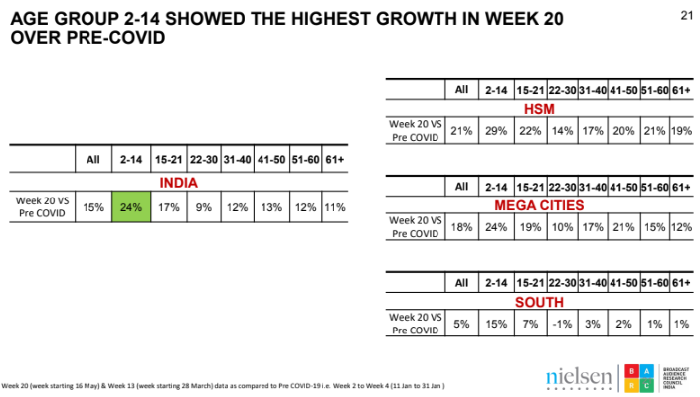 “Children are not only watching kids programming but distributing their watch time between different programmes with their family members – from news to mythological shows that have progressed to other channels starting from Doordarshan networks,” said BARC India CEO Sunil Lulla.

Total TV viewership in week 20 stands at one trillion viewing minutes which is a 15 per cent increase than that of the pre-COVID period, but has declined from week 14 which witnessed peak in viewership. Nick India as usual claims the top position in ‘Top 5 Channels’ followed by POGO, Sonic, Cartoon Network and Hungama. 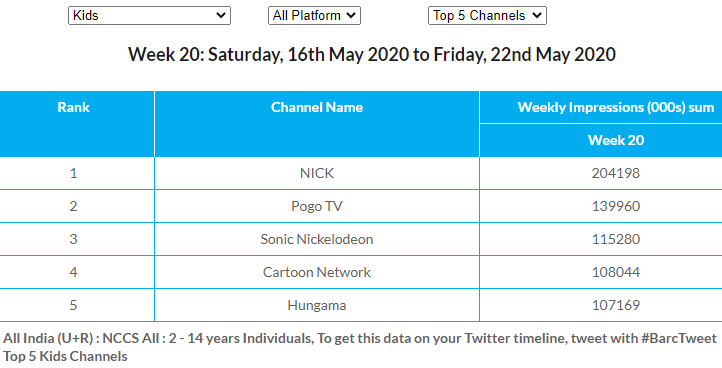 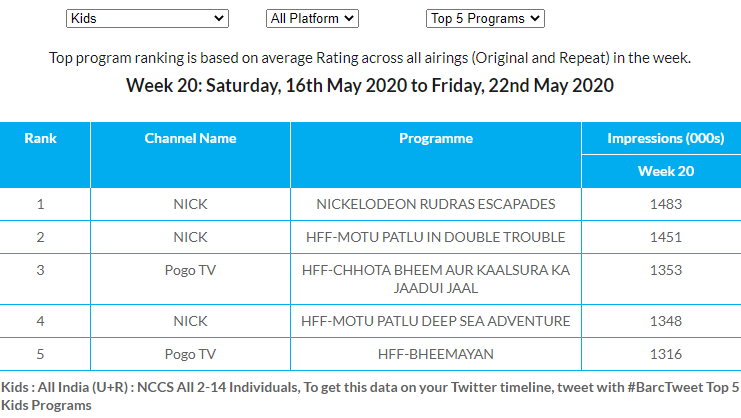 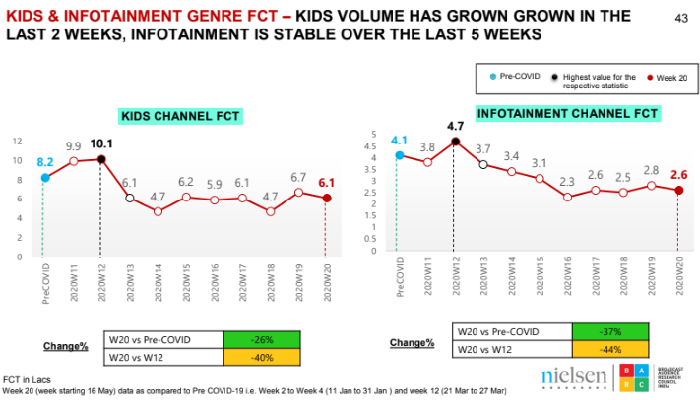