The rise of technology innovation has made VR gaming more accessible as the device requirements for the game are becoming affordable. On the advent of the easy accessibility of VR gaming, JetSynthesys, a digital entertainment and gaming company, has recently launched India’s first multiplayer VR cricket game, Sachin Saga. The game was launched by the “Master Blaster”, Sachin Tendulkar, along with the launch of  Sachin Saga VR Limited Edition Headset. 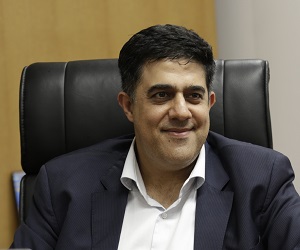 In conversation with AnimationXpress JetSynthesys vice chairman and managing director Rajan Navani shared how they are aiming to revolutionise the  VR gaming scenario in India  with the launches. To get a deeper insight, read the excerpt below:

Briefly share about your VR edition of the game Sachin Saga.

Over one billion minutes have been played so far on Sachin Saga mobile game with over 10 million downloads across platforms, so our goal was to bring this amazing game to VR and recreate the real-life drama and excitement of 22 yards right in your living room. Since VR is such a powerful medium where you can fit the headset and you are suddenly standing in the middle of the pitch, the goal was to make sure this feels and plays like it was, when Sachin was batting in the centre of the pitch.

With over 100 legendary matches Sachin played in his career, in addition to Quick Play modes and a head-head multiplayer we feel it’s a very compelling and deep VR experience. We were also focused on making this a social experience and wanted to really enhance what players can share with their friends and family by playing in VR together. We also launched the limited edition Sachin Saga VR headset, so everyone who is a cricket fan can buy this at an affordable price and really experience Cricket in a new way unlike before. 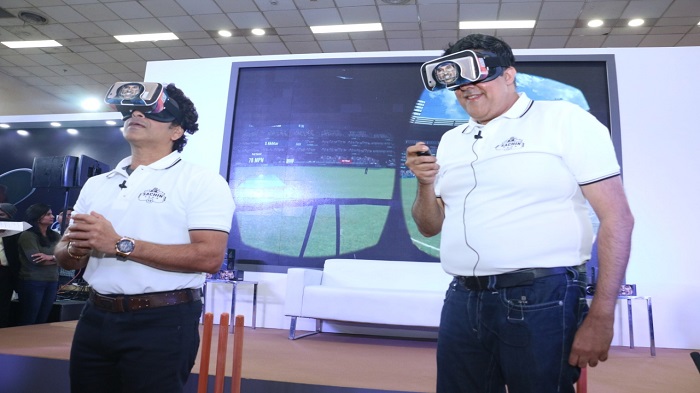 What are you expecting with the launch of VR edition of the game?

VR as a medium is relatively new but it’s probably the most powerful to drive realism and unbelievable gaming experiences. In VR, you really wear the headset and become completely immersed in that experience. We think the innovation that we brought with Sachin Saga VR will give our players a new way of experiencing the brand and attract a lot of new players to the franchise, as the game is thrilling in a physical environment and especially when you get to play cricket in world stadiums, face fast bowlers at over 90 miles per hour and get to prove who is the best cricketer in your group of friends in head to head multiplayer!

This is your first attempt in VR multiplayer cricket game. What is the brand’s purpose of entering into the VR gaming industry?

The massive depth of content, social play and realism that we bring in Sachin Saga VR are unmatched. It’s something can consumers can savour every day since it’s a very easy to use and a comfortable VR experience that has got almost nothing in comparison.

For the first time in India and around the world, players can experience cricket in VR in physical locations wherever they are, since it’s the most portable and lightweight headset they can carry around and play with their friends. We have seen great consumer feedback so far and these consumers are now craving a new form of gaming which didn’t exist before among millions of gamers in India.

Do you think the VR version of the game will reach the equal popularity mark like the original version to cricket fans?

When you are on the move, nothing can beat the smartphone, but if you are out entertaining yourself or having a social gathering with friends, VR is a completely new level of fun in such a setting. So, we wanted to make sure that with Sachin Saga VR we are able to touch an emotional chord with our players wherever they are and the rest will follow. 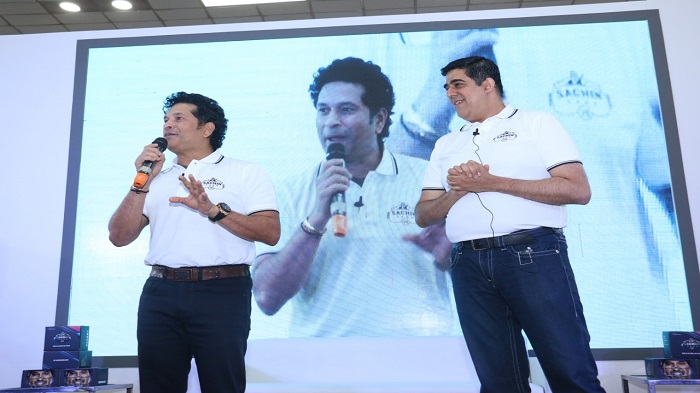 Can you share the statistics of the engagement of the original version of the game and what is the expectation of the brand for the VR version?

Sachin Saga was the first mobile game in cricket with over one million people registered to play even before we launched it in December 2017. In a year we have over 10 million players who downloaded and played the game across platforms and over one billion minutes played in the game. The engagement remains strong with over 15 hours played a month by engaged players and fan community keeps growing month on month. We conducted Dream Hack finale with eight lakh Cash Prize pool in December 2018 and a first ever Sachin Saga mobile sports in India Gaming Show last year where over 10,000 participants challenged each other.

For the Sachin Saga VR version, it’s a new form of gaming which we believe thousands of gamers will experience and immerse for the first time since we have built it with great accessibility and great quality in mind and most importantly at an affordable price point for our country.

2019 is the year of Cricket, since IPL and World cup are around the corner, and fans will miss Sachin Tendulkar on the field. So, is the VR launch of the game was made out of the mindset to engage more traction?

It’s definitely a big year for cricket with the World Cup and IPL, so we are absolutely excited that millions of cricket fans out there can experience the same level of excitement as batting in the ground from their living rooms. 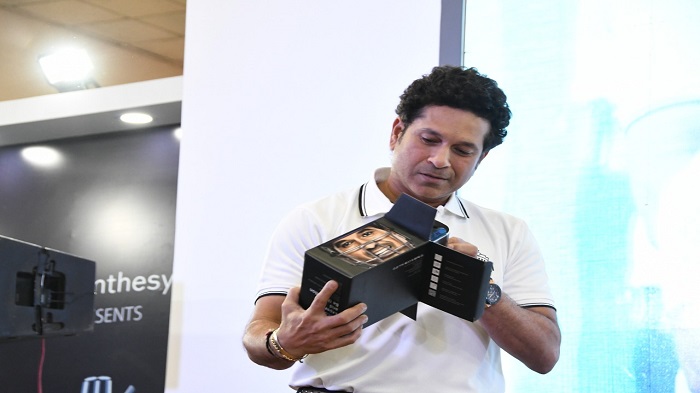 First and foremost, it was our imperative the Sachin Saga VR headset is a top-quality product that is limited edition and super affordable. At Rs.1999 you get the best quality resin lenses for top-notch VR experience and a strong, durable and lightweight headset that still provided a field of view of 100 degrees and a bluetooth controller making it a compelling package for everyone out there!

The game is built on a cricket simulation engine with real-time physics. In addition, the motion capture of Sachin’s shots makes everything super authentic. So, when you face fast bowlers at 90miles per hour or if you are stepping down the track and hitting the ball between fielders or taking a fast single while running down the track you actually experience this immersion. Even the ball tracking to the keeper and the two camera views – the first person view with a helmet cam or the third person view with the slipping cam are all built keeping in mind a great user experience.

Do you think VR is transforming the gaming scenario?
VR is a powerful medium, but we felt that some of the existing VR experiences are quite shallow – played for just five or ten minutes. Over the last year when we built Sachin Saga VR, we wanted to make sure that this is a game that players can play every day with a lot of depth in content and it was truly social in its form making it more fun with friends and family. So yes, there is definitely potential for gaming transformation with VR, but it needs better, more social and deeper experiences for mass adoption. 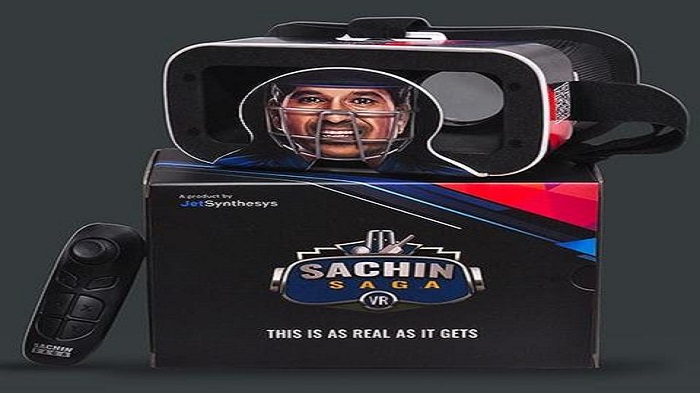 As per the brand, the official game of Sachin Saga has brought life to the iconic matches played by Sachin Tendulkar. The VR initiative of the brand is an aim to give gamers an opportunity to step into the shoes of the legend and relive some of his most memorable innings on a VR medium. As the brand taking leap in VR gaming, therefore it seems that it is aiming to revolutionise the VR Indian gaming scene at a steady pace.