International Women’s Day, which falls on 8 March, is celebrated with enthusiasm globally. The relationship between women and video games has always been the topic of debate, however game creators don’t think like that. They have created women characters with equal interests and with innovative design backed with gripping storyline which has inspired many. Today, we are picking up few women characters from popular games whose storyline and diversity has inspired us:

Ellie from The Last of Us series

Ellie is a character in the video games The Last of Us and The Last of Us Part II. In the games, developed by Naughty Dog, she is portrayed by American actress Ashley Johnson through performance capture and voice acting; in HBO’s upcoming television adaptation, she will be portrayed by English actress Bella Ramsey. Ellie is described as “mature beyond her years” as a result of the circumstances of her environment. She is characterised as strong, witty, and “a little rough around the edges”. Her emotional trauma is accentuated after her encounter with David (scavenger who is willing to trade medicine for food). Having lost many people in her life, she suffers from severe monophobia and survivor’s guilt. This results in her becoming a very hardened person; she uses violence without hesitation and frequently employs profane language.

Ellie also feels worthless, believing her life is a burden and that her death would be beneficial for others. While Ellie shows initiative, she is not as adept at survival as Joel (a smuggler tasked with escorting Ellie), being somewhat impulsive and naïve. She is unable to swim until Joel teaches her how to sometime before the events of Part II. Despite this, she displays great physical resilience, emotional strength, and complete fearlessness; this is demonstrated by her ability to look after both herself and Joel when he is severely injured. She constantly perseveres in dire situations. Ellie is a lesbian, pursuing female romantic interests in both Left Behind and Part II. 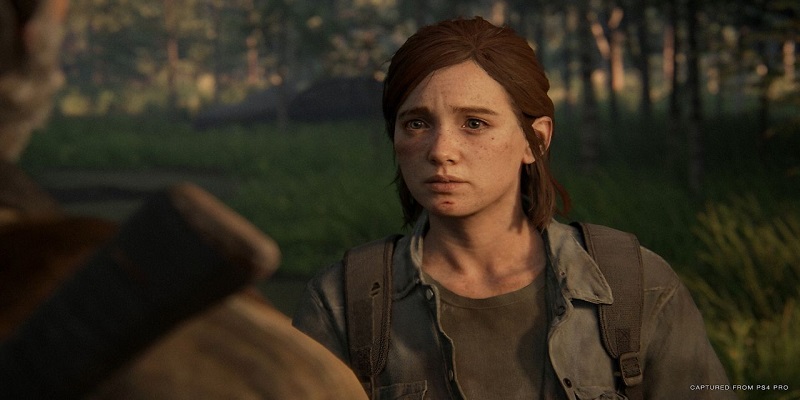 Dame Evie Frye (born 1847) was a Master Assassin of the British Brotherhood of Assassins, active in London during the Victorian era, and the elder twin sister of Jacob Frye. She was also a member of the Order of the Sacred Garter, and the grand-aunt of Lydia Frye. A true tactician and firm believer in the teachings of the Brotherhood, Evie took to the lessons of her father in a way that her brother did not, being more studious and more interested in the lore and history of the Assassins. By contrast, Evie’s brother Jacob was much quicker to spring into action, yet his plans lacked sufficient forethought as a result. While the twins’ means were frequently at odds, their motivations were the same, and the pair were at their most effective when they worked together, as they balanced each other out.

She was also very reverent of her father, often citing his teachings and using them to criticize Jacob’s actions. She planned her missions carefully and patiently, considering every angle to ensure the best chance of success. Sometimes, this worked against her, as it meant that she was slow to act. Evie would occasionally adopt Jacob’s approach, as seen when she immediately accepted Karl Marx’s offer without further consideration, something that momentarily perplexed her twin. A Master Assassin proficient with the Hidden Blade, Evie was able to assassinate her targets skillfully and stealthily. She excelled at masking her presence, to such an extent that guards were unable to notice her as long as she remained still. A skilled free runner, she was able to instantly scale the building of London as well as natural elements—including trees—with relative ease, as such she was able to transverse over and under several obstacles as well as moving terrains. Additionally she proved to be a capable swimmer. Evie also proved efficient in pickpocketing and lockpicking. 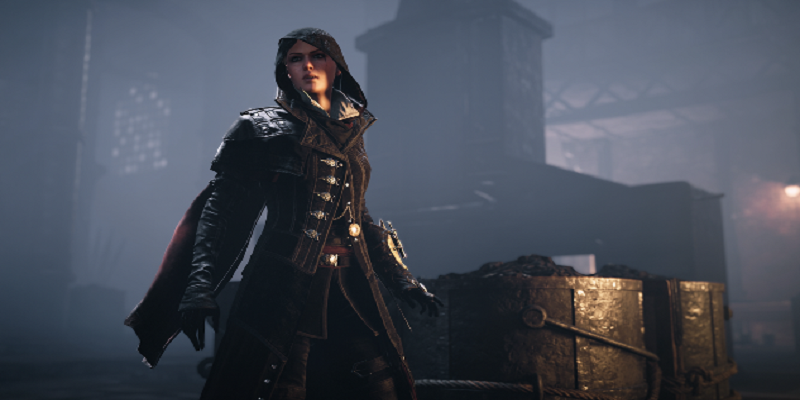 Elżbieta “Ela” Bosak is a Defending Operator featured in Tom Clancy’s Rainbow Six Siege, introduced in the Operation Blood Orchid expansion alongside Ying and Lesion. Ela will also be an Operator featured in Tom Clancy’s Rainbow Six Quarantine. Independent, creative, and rebellious, Elżbieta is intimate with the risks involved with her particular role, having suffered many losses in Iraq. The sudden death of her father provided her with a profound need for purpose. Elżbieta internalized the belief that she must prove posthumously her worth to her father and make amends. She uses her memory of him to push herself to unrealistic standards and to lead high-risk operations 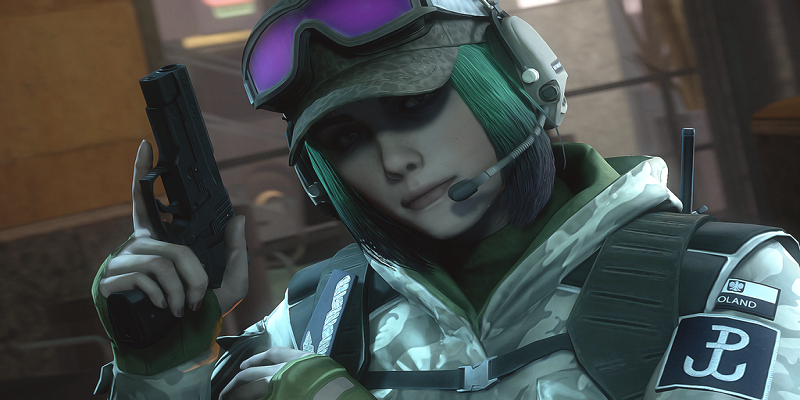 Yuna is a fictional character from Square Enix’s Final Fantasy series. She was introduced as the female protagonist, and one of the main playable characters of the 2001 role-playing video game Final Fantasy X. Yuna is a 17-year-old summoner from Spira. In Final Fantasy X, she is the daughter of the late High Summoner Braska, who defeated Sin ten years ago, and seeks to accomplish the same task with help from her guardians. While often serious and naïve, she gradually becomes more open and falls in love with Tidus during their journey. Two years after the conclusion of Final Fantasy X, now 19 years old, she is spurred on a journey of self-discovery by the possibility of reuniting with Tidus, which results in her becoming the main character of Final Fantasy X-2. In Final Fantasy X -Will-, Yuna is a priestess acting as an advisor to the Yevoners organization. Yuna has also been featured in Kingdom Hearts II and Dissidia 012 Final Fantasy. 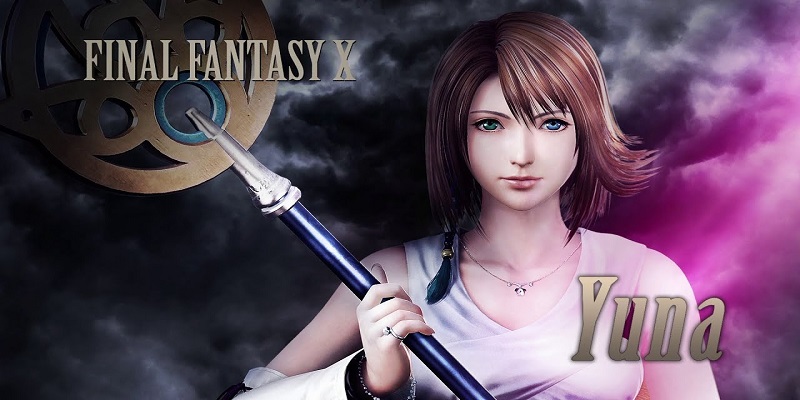 Alyx Vance from Half-Life Series
Alyx Vance is a non-player character in Valve’s 2004 first-person shooter video game Half-Life 2, and its following episodes Half-Life 2: Episode One and Episode Two. She is also the player character in the 2020 VR game Half-Life: Alyx. Alyx is portrayed as a young woman in her mid-twenties of Afro-Asian descent, and is a prominent figure in the human resistance against the rule of the alien empire called the Combine and their human representative, Dr. Wallace Breen. She is a close friend and ally of the player’s character, Gordon Freeman. 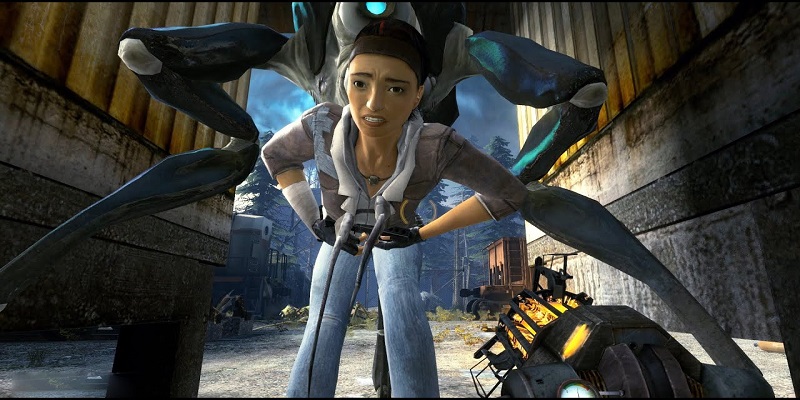 Her impulsive personality is catalysed by her superior and good friend Major Jackson “Jax” Briggs. Sonya also has a long-standing feud with a thug known as Kano, who stands for everything she despises. Sonya was inspired by the martial artist Cynthia Rothrock and has featured in almost all of the games since her inception. She has also appeared in alternate MK media, including the two live-action films, the animated series Defenders of the Realm, the web series Legacy, print media like the comics series, and official merchandise. 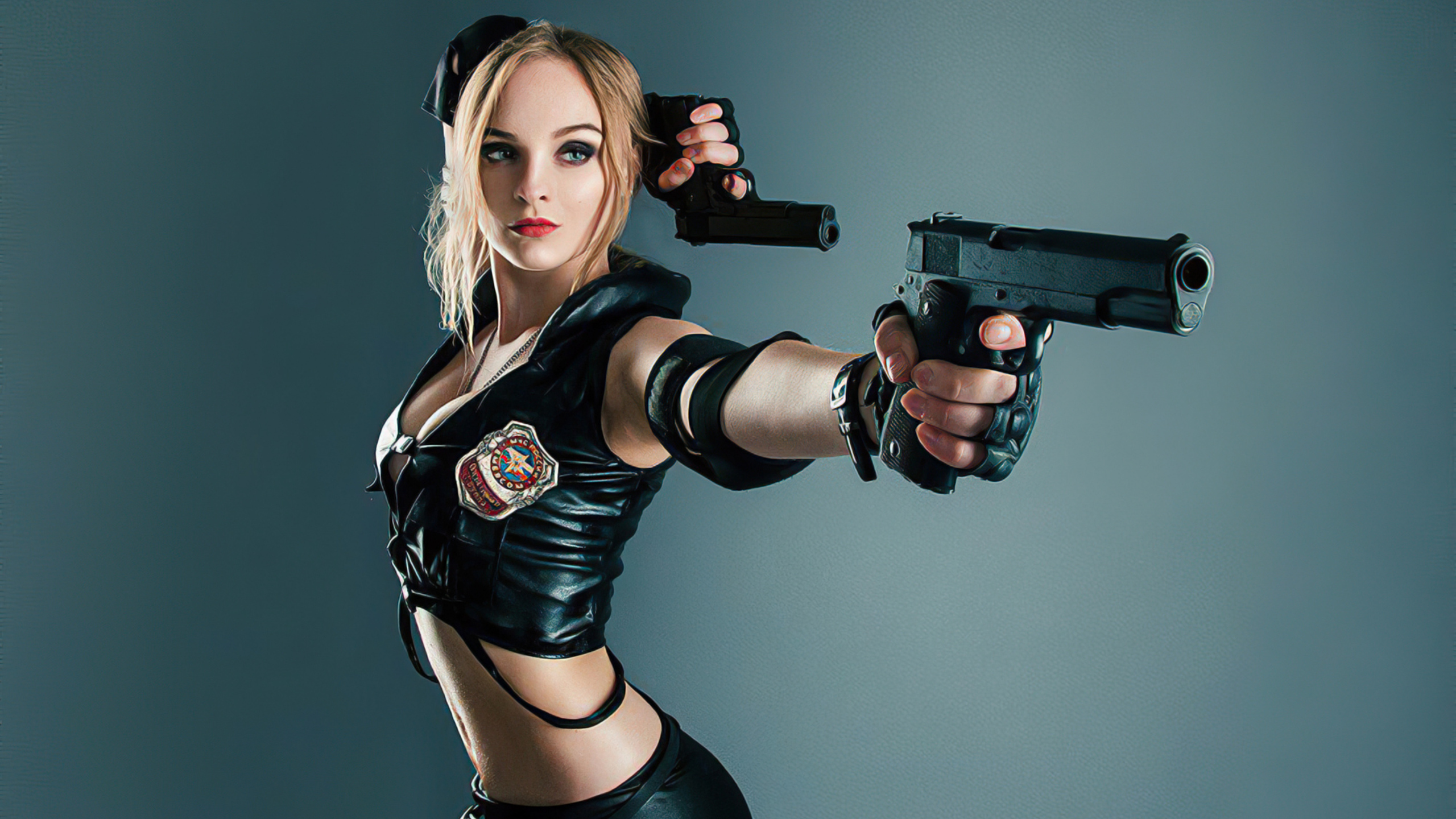 Jaina Proudmoore is a fictional character who appears in the Warcraft series of video games by Blizzard Entertainment. Within the games, she is the most powerful sorceress alive. She is currently Lord Admiral, ruler of the Kul Tiras kingdom. Jaina was formerly the leader of the Kirin Tor, a faction of mages ruling over the city of Dalaran. She swore to defeat the Burning Legion and its sinister agents any way she could and helped defeat and banish the demons. Once a diplomat, she advocated for peace between the Alliance and the Horde, and she later joined the Alliance after the destruction of her city of Theramore at the hands of the Horde. The character has become one of the most iconic and noted characters in Warcraft lore, and has received positive critical reception from gamers. Jaina’s other appearances include the collectible card game Hearthstone and the crossover multiplayer online battle arena video game Heroes of the Storm. Jaina was voiced by Carrie Gordon Lowrey in Warcraft III: Reign of Chaos and World of Warcraft, and is currently voiced by Laura Bailey in the subsequent World of Warcraft expansions, Hearthstone, and Heroes of the Storm. 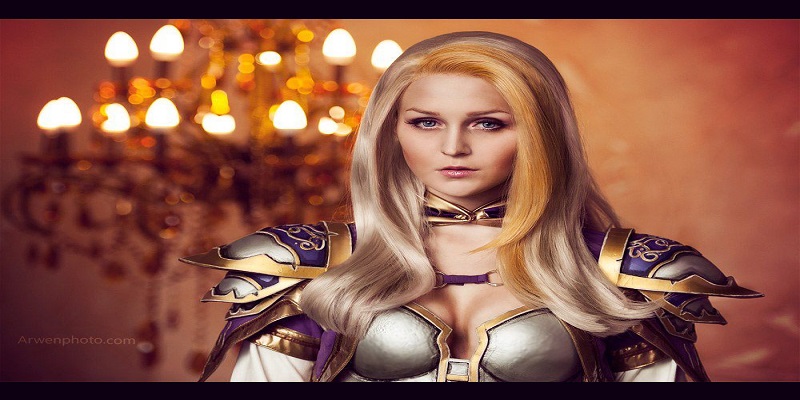 Aya from Assassin’s Creed Origins
Amunet (born c. 85 BCE), born Aya of Alexandria, was the Greco-Egyptian co-founder of the Hidden Ones and by extension, the Assassin Brotherhood alongside her husband, the Medjay Bayek. Prior to establishing the Hidden Ones, Aya served as an agent of Cleopatra VII during Cleopatra’s war for the throne of Egypt. Aya was very syncretic, since she believed in both Egyptian and Greek religion. Aya deeply loved Bayek and would always be ecstatic to see him and spend time with him. After she was asked by Cleopatra to slay her own brother during the Battle of the Nile, Aya started to grow doubtful of Cleopatra’s true intentions. This was seen when Aya, even though she had the perfect chance to kill Ptolemy, who was exposed and vulnerable, decided to spare him, much to Ptolemy’s silent gratitude. After she learned that Cleopatra and Julius Caesar were protecting Lucius Septimius and Flavius Metellus, the same men who killed her son, Khemu, she became furious and supported Bayek’s cause to hunt them down silently. By this time, she had already grown a new disdain for Cleopatra. After realizing that with the death of Khemu and his killers her life with Bayek was over, she adopted a new identity and persona called Amunet. 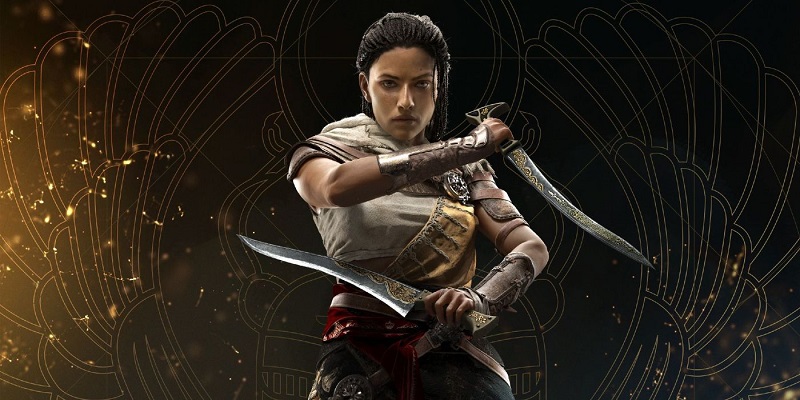 Zyra from League of Legends
A popular character from League of Legends, born in an ancient, sorcerous catastrophe, Zyra is the wrath of nature given form—an alluring hybrid of plant and human, kindling new life with every step. She views the many mortals of Valoran as little more than prey for her seeded progeny, and thinks nothing of slaying them with flurries of deadly spines. Though her true purpose has not been revealed, Zyra wanders the world, indulging her most primal urges to colonise, and strangle all other life from it. Longing to take control of her fate, the ancient, dying plant Zyra transferred her consciousness into a human body for a second chance at life.

Centuries ago, she and her kind dominated the Kumungu Jungle, using thorns and vines to consume any animal that set foot in their territory. As the years passed, the animal population steadily died off. Food became increasingly scarce, and Zyra could only stand by helplessly as the last of her kin withered away. She thought she would perish alone, until the appearance of an unwary sorceress presented her with an opportunity for salvation. Zyra plants a Seed (occasionally two) every eight seconds at all levels in her vicinity, each of which lasts for 30 seconds and briefly grants  sight of the spot Zyra planted them in,. after a 0.625-seconds delay, leads to magic damage to all enemies they hit. 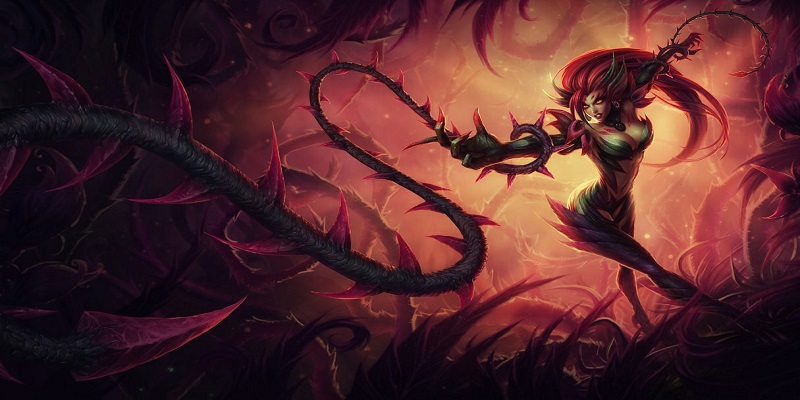 Lara Croft from Tomb Raider franchise
Lara Croft is a fictional character and the main protagonist of the video game franchise Tomb Raider. She is presented as a highly intelligent and athletic English archaeologist who ventures into ancient tombs and hazardous ruins around the world. Created by a team at British developer Core Design that included Toby Gard, the character first appeared in the video game Tomb Raider in 1996. 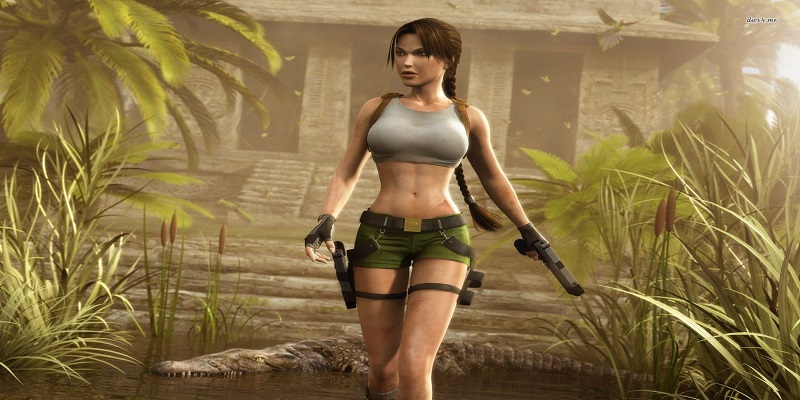