It’s only been a few months since Game of Thrones ended, leading to mixed reactions. But it seems like Game of Thones fever has only started to blaze through the OTT space.

Reports from IlMessaggero and HNEntertainment suggest that the upcoming Thrones prequel series is all geared up to begin filming on the Italian coast sometime in the space of next month. HNEntertainment claims that production will start in mid-July, after filming in Northern Island wraps up on 10 July. 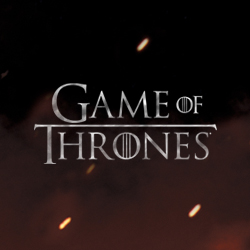 As of now, all we know about the upcoming prequel is that it will be set in thousands of years before the events of the original show. The currently-untitled prequel will feature Naomi Watts, Josh Whitehouse, Miranda Richardson, Jamie Campbell Bower, Toby Regbo, Georgie Henley, Alex Sharp, Naomi Ackie, Marquis Rodriguez, John Simms, Richard McCabe, John Heffernan, and Dixie Egerickx.
Considering the world of television production – and the fact that Thrones has dominated the pop culture consciousness – some will argue that it is for the best if a bit of time passes before the spinoff begins airing. We will keep you updated on further development.