Sony Pictures Television and Hivemind, the production company behind Amazon’s The Expanse and Netflix’s upcoming adaptation of The Witcher, announced that a new partnership with global video game powerhouse Square Enix to develop a first-of-its-kind, live-action adaptation of a beloved chapter from the blockbuster Final Fantasy series, which has sold more than 144 million units worldwide across three decades.

The live-action television series will tell an original story set in the fantastic world of Eorzea, based on Final Fantasy  XIV, the franchise’s blockbuster online role-playing game. Since it first debuted in 2013, the online title has continued to delight and amass millions of players around the world year over year and only further cemented Final Fantasy as one of the most storied and influential franchises in gaming history.

Inspired directly by the world and characters of the title’s fourteenth instalment, the project will embrace the bold and genre-bending sensibilities of the revered and long-running Final Fantasy series as it explores the struggle between magic and technology in a quest to bring peace to a land in conflict. Filled with iconic hallmarks of the title’s revered mythology – magitek and beastmen, airships and chocobos – the forthcoming series will feature a mixture of new and familiar faces. Those will, notably, include the live-action debut of Cid – one of the games’ central and most beloved characters who has appeared in almost every instalment of the franchise to date. 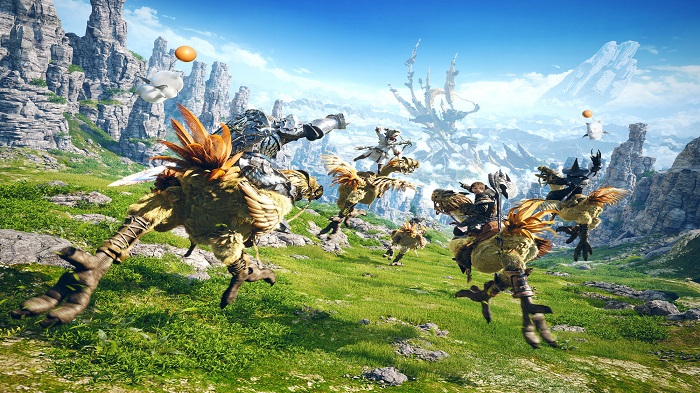 “Final Fantasy  XIV and Eorzea are the perfect gateways into Final Fantasy for longtime fans and newcomers alike. This show is about embracing and embodying all of the elements that have made the mythos such an endlessly captivating phenomenon, and it’s an immense honour to be bringing all of Eorzea’s iconic characters, settings, and concepts – including fan-favourites like Cid and, of course, the chocobos – to life for a television audience,” said Sony Pictures Television co-president Chris Parnell.

“Television is the ideal medium to capture the extraordinary depth, sophisticated themes, and unparalleled imagination of Final Fantasy and its multitude of unique and fully realized characters.We are working tirelessly to bring together artists from around the world who are united in honouring the extraordinary legacy of this franchise and its millions of fans around the world,” said Hivemind co-founder and co-president Jason Brown.

Final Fantasy ‘s multibillion-dollar legacy is one of the most influential pieces of global pop culture of the past 30 years with a footprint that now encompasses all major home and handheld consoles, as well as toys, card games, manga, soundtracks, concerts and live events on three continents. The upcoming television adaptation represents a momentous new milestone for the franchise and will mark the first time a Final Fantasy world – and its many beloved inhabitants – will be realized in live action.