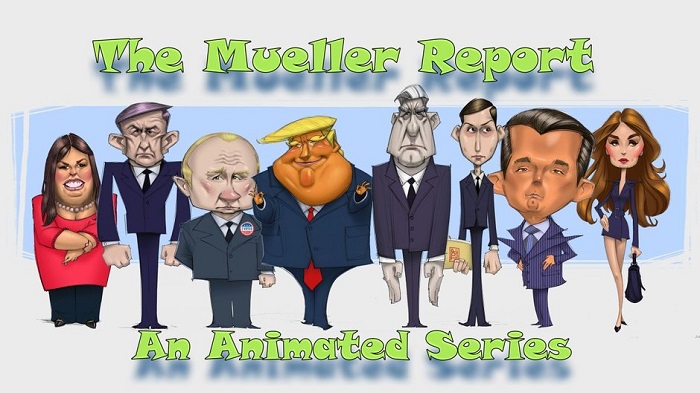 Emmy award-winning animation company Brain Zoo Studios, along with Julian August Productions, have launched a Kickstarter Campaign in an effort to generate funds for it’s upcoming production, The Mueller Report: An Animated Series.

Producers Erick Armelin and Mohammed Davoudian are aiming to develop the controversial 448-page Special Counsel’s report on Russia’s apparent interference in the 2016 US presidential elections, into a 10-episode mini-series, touted to be “an entertaining, objective and informative 10-episode mini-series”.

Armelin said, ““Mo and I believe there are many concerned Americans at the grassroots who want this series produced and we hope they will become backers for this important Kickstarter Project. We’ve received a lot of positive feedback on Facebook. People have commented the series is a great idea and some said it is brilliant!”

“Brain Zoo is ready to start production, and there is much enthusiasm for the project,” Davoudian added. “We are trying to do a public service. Many people have said, they have felt powerless about what’s been going on in Washington, and this Kickstarter Project gives them some hope that they can personally make a real difference.”