The Current War spans over the grainy relationship between Thomas Edison and Nikola Tesla who are known for lighting up the world with the invention of the light bulb.

The Current War is all about the famed battle of the bulb between two 19th century scientists, Thomas Edison and Nikola Tesla. 101 Studios has finally released an official new trailer for the Martin Scorcese-produced thriller. 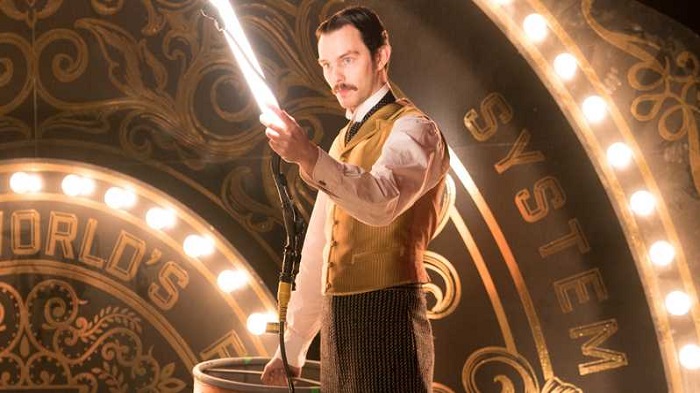 The trailer features Benedict Cumberbatch as Edison while Nicholas Hoult will be seen as Tesla, and Michael Shannon will portray George Westinghouse in the movie.  Based on a true event, the film also stars Tom Holland, Katherine Waterston, Matthew Macfadyen and Tuppence Middleton.

The film trailer offers a glimpse into the clash between the egos, intellects and greed as Edison and Tesla duke it out in order to rise to fame. The film is based on the tiff between Edison and Tesla/Westinghouse for the rights to provide electricity with their competing technologies.

In the teaser, while Edison says, “This is a battle of the greatest minds of America,” Westinghouse threatens, “If you want to be remembered, it’s simple: Shoot a president. But if you prefer to have what I call a legacy, you leave the world a better place than you found it.”

Here’s the look at the much-awaited film’s trailer:

The Current War is slated for release in October.