Disney is possibly developing a new film based on the popular children’s novel, Songs For A Whale written by Lynne Kelly for Disney+ presently, reports DisInsider.

According to the reports, Jane Starz (The Indian in the Cupboard, Ella Enchanted and Sneakerella) is producing the film. However, there has been no official announcement from Disney yet about the project and details are kept under wraps. The film seems to be a hybrid animated film. 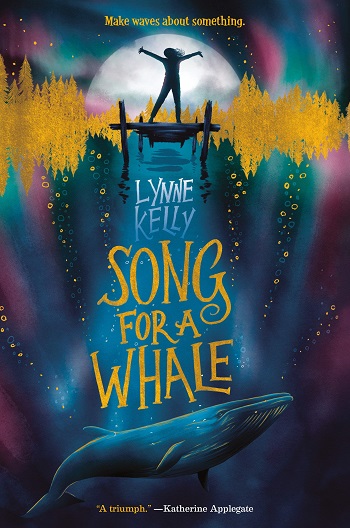 The book’s author Lynne Kelly herself will be adapting the story for the screen. The official description reads: Young Iris was born deaf and always had a problem feeling heard herself. When she discovers a lone whale singing at a frequency unintelligible to other whales, she sets out to find the frequency that will make Blue 55 feel less alone.

Song For a Whale was originally published in 2019 by Kelly who’s a sign language interpreter and special education teacher. She has a great understanding of being Deaf which gave her a unique perspective for writing the story. Published by Random House in 2019, Song For a Whale was received with praise and went on to win the Schneider Family Book Award. Katherine Applegate, author of The One and Only Ivan (also adapted for Disney+) called it “fascinating, brave and tender… A triumph.”