Paper Girls is the story of four young girls (Rosinsky, Jones, Nelet, Strazza) who ,while out delivering papers on the morning after Halloween in 1988, were trapped in a complicated conflict, and they travel in time to save the world. 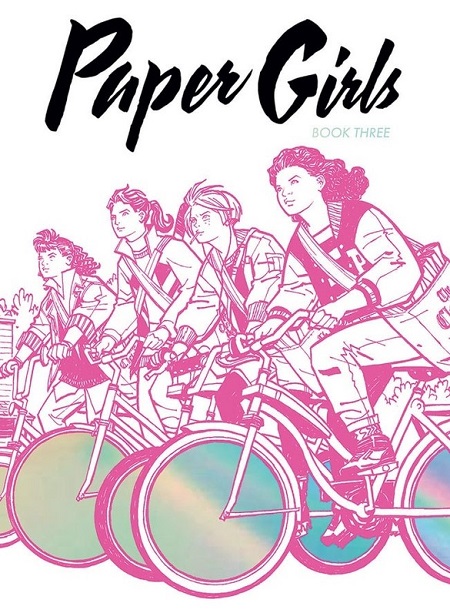 Rosinsky stars as Mac Coyle, the team leader who’s a working class Catholic girl. Following her older brother she becomes the first newspaper delivery girl of her town. She has a sharp tongue and quicker fists.

Jones plays the role of Tiffany Quilkin, a tech savvy girl with immense knowledge of pop culture. She is the only child of career-oriented and mixed race parents. She has also been delivering papers for over a year and has no intention of letting her plans for the future slip away.

Nelet enacts Erin Tieng, the group’s newbie who feels caught between worlds. She presents herself as a dual language immigrant. However she’s also an all American teenager who wants a TV perfect western life.

Strazza depicts the role of  KJ Brandman, one of the only Jewish girls in town who also comes from one of its richest families. Her talent as a field hockey player invites attention. But her skills on the field don’t line up with her mom’s wishes for her.

Paper Girls is co-produced by Amazon Studios, Legendary Television and Plan B entertainment. As per reports, the filming of the series will begin later this year in Chicago.