Disney dropped a new poster and a two-minute full-length trailer for Pixar’s Luca on Wednesday. Luca revolves around the titular young boy who’s a ‘sea monster’ Luca Paguro (voiced by Jacob Tremblay, from Room) who spends an incredible summer in the (fictional) Italian seaside town of Portorosso with a fellow ‘sea monster’ and newfound best friend Alberto Scorfano (Jack Dylan Grazer, from Shazam!). 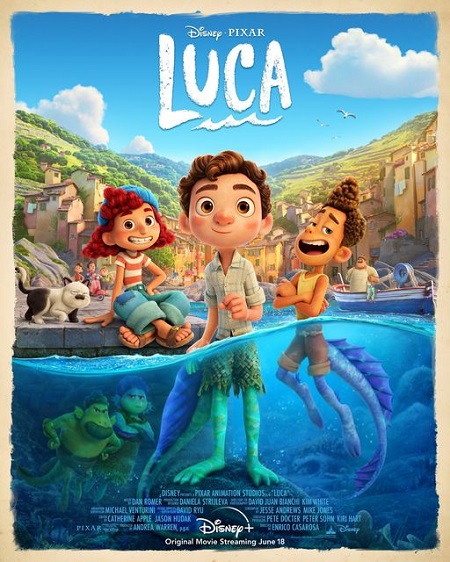 The new Luca trailer depicts their friendship and new buddy Giulia Marcovaldo (Emma Berman), their mutual love for Vespas, and the adventures they get up to while trying to hide their real selves. The trailer is bright with a splash of colours, full of warmth and has a classic Disney ‘feel-good’ sense about comradeship and embarking on the adventure called life!

Helmed by Enrico Casarosa (La Luna) the screenplay is written by Jesse Andrews (Every Day) and Mike Jones (Soul). Andrea Warren (Lava, Cars 3) is the producer for Pixar, with Dan Romer (Beasts of the Southern Wild, Maniac) composing the score.

Luca is slated for a 18 June release on Disney+ and Disney+ Hotstar wherever available. Everywhere else, Luca will release in cinemas.