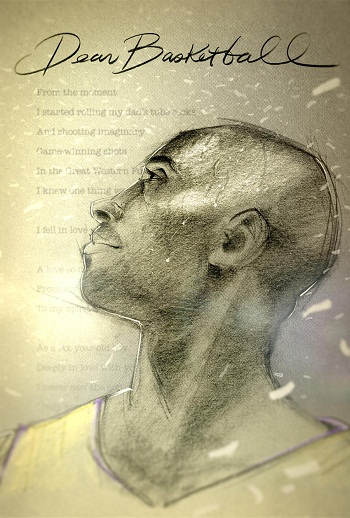 Former NBA basketball star Kobe Bryant, aged 41 and his 13 yer old daughter Gianna Bryant, were among the nine people who were killed in a helicopter crash this morning in Calabasas, California. The cause of the crash remains a mystery as of now. Besides being a basketball sensation, Bryant also contributed to the entertainment sector. He wrote, executive produced, and also starred in the animated short Dear Basketball, which won the Oscar and Annie for best animated short in 2018. Bryant was the first African-American filmmaker to win an Oscar in the animated short category. After winning an Oscar, Bryant hoped to inspire the next generation of athletes through films, books, TV shows and podcasts. After his retirement and at the time of his death, he was also developing other animation projects through his production company, Granity Studios. Bryant was the subject of Spike Lee’s 2009 feature documentary Kobe Doin’ Work, which would showcase a day in the life of the Lakers star as the team went up against the San Antonio Spurs.  Last September, Bryant’s production company also published a young adult novel titled, Legacy and the Queen, a hybrid sports and magical fantasy written by author Annie Matthew from a story by Bryant. The book follows a 12-year-old tennis player named Legacy who sees winning a tournament in her kingdom as the way to save an orphanage that protects kids her age who have no one else to look after them. Publishers Weekly praised the book, saying it had “plenty of charm, and Legacy is a protagonist worth cheering for.” Bryant also created the radio play podcast The Punies, about a scrappy and diverse group of neighborhood kids who are each pursuing big sports dreams. The series, which featured 15-minute fictional stories and playful original songs, debuted last August, and a second season was reportedly underway. The entertainment industry and sports ecosystem is in shock and had expressed grief. Here are few of the posts :

Words fail us… but we will never forget such a blessing. #KobeBryant pic.twitter.com/EtQpUz9Cua


We talked about an animated project. I pitched him on something based on the Gita. His homework was to read it. Which he was doing. Will have to wait for the next life. RIP Mr Bryant.#kobebryant