As Cartoon Network sashays towards its 20th Anniversary; the channel adds another feather to its cap. It has been bestowed with two awards at the EEMAX Awards 2014 for its CN Super Toons campaign undertaken last December. 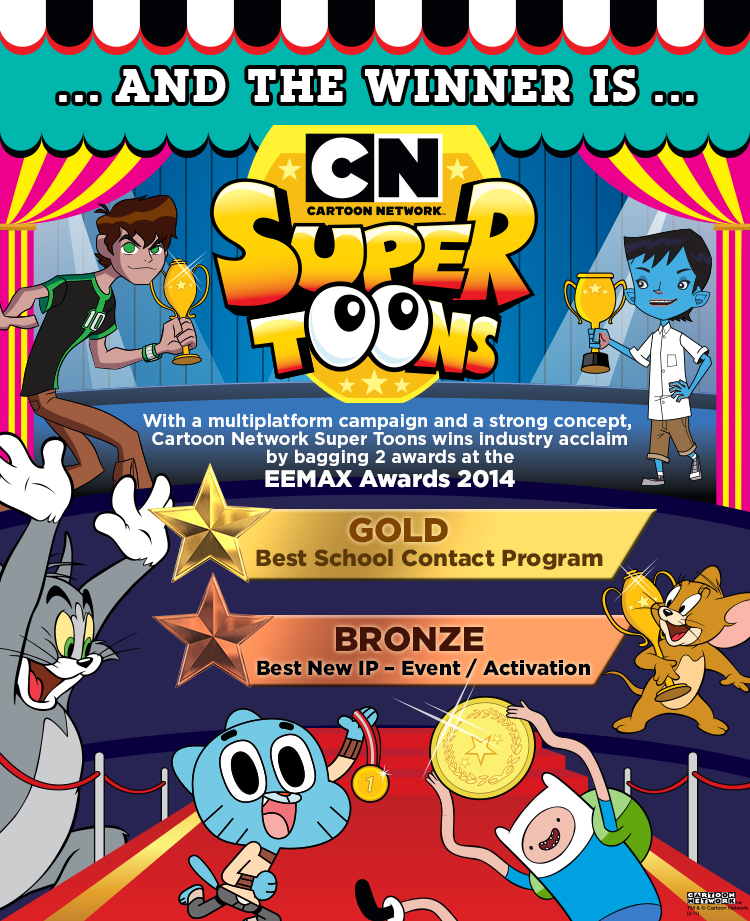 Commenting on this victory, Turner International India executive director & network head – kids, south Asia Krishna Desai said in a statement: “We are extremely honoured to have been felicitated with these awards for the CN SuperToons campaign. It is a great recognition that proves that a strong concept with a multiplatform approach not only enthrals kids and parents but also gains industry acclaim. It will be our endeavour to continue to provide innovative and engaging content for our viewers.”

The popularity of Cartoon Network certainly extends well beyond television. Its website, mobile games and customised back-to-school merchandise are equally popular with children. On-ground events such as the School Contact Programme and CN Super Toons awards also engage with thousands of fans from across the country.