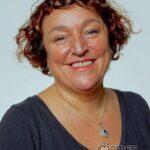 Women In Games, the global not-for-profit organisation dedicated to promoting equity and parity for all women and girls in games and esports, has issued a statement following the recent media reports on discriminatory and toxic behaviour within the games industry.

“International, widespread news of the growing furor mounting around Activision Blizzard, stemming from allegations reported across the media about a Californian Department of Fair Employment and Housing (DFEH) lawsuit, and the subsequent response from the company, shine a harsh spotlight on a culture that Women in Games is actively working to reform.

All of the media coverage points to a work culture gone badly wrong – harming women through discrimination and harassment – issues that are horribly familiar.

Perhaps what is genuinely new, is that the world, connected as it is now by global movements such as MeToo and Black Lives Matter, as well as the continuing global disaster of the COVID-19 pandemic, is more equipped and ready to vociferously reject such a culture.

Women in Games brings its proactive support to both the popular demand for change and the wider political will that provide a more formal backdrop. As an organisation we are actively engaged in a range of initiatives and activities to counter discrimination, harassment and inequality for women in the workplace and in online spaces.

The problems that confront women, whether they are players or makers of games are not history, and are not news, and Women in Games is proud to highlight our ongoing initiatives to achieve change.”

Toxicity directed at female gamers online is taking on an increasingly sexual nature: results of latest Bryter research to be presented at the Women in Games Conference.

Since 2018, Women in Games has worked with Research at Market Research Company Bryter director Jenny McBean, to better understand the severity, and persistence of online harassment.

Toxicity directed at female gamers is taking on an increasingly sexual nature in 2021 and one in five say that such toxicity makes them not want to play again. Almost half of gamers in the US and UK feel there is a lack of female representation in streaming, but toxicity discourages them from streaming themselves.

A talk on the detailed findings of this research will be presented by Jenny McBean at the forthcoming Women in Games Conference, which takes place on 15September and 16September  as a virtual event, alongside a host of other initiatives central to tackling real world problems.

The Conference, which has long been a starting point for effective action, sits at the heart of a larger event this year: For the first time, a Women in Games Festival will be a global online event, and between 6September to18September will encompass an ambitious array of events including the Conference, which will be broadcast and scheduled to suit all major time zones, allowing delegates around the world to tune in to inspirational speakers, fireside chats, panels, stories.