How many times have you entered into a discussion while playing games with your game friends? It’s safe to say every time, and that’s how you end up bonding with your game friends who eventually become your real-life friends. Since in gaming you share trust, teamwork and a bond, therefore, there are high possibilities that those friends can become potential business partners one day. That is how Samin ‘AceAthena12’ Ahmed, Diksha ‘AshkidOP’ Kathayat and Pallavi ‘DarthPVader’ Venugopal – all semi-professional gamers who got together during a session of PUBG and became crucial minds of BlitzkriegXP which explores the levels of opportunities offered by the gaming industry. 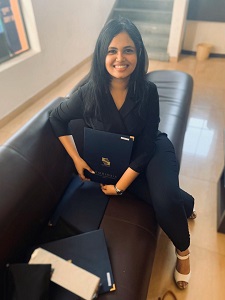 Women game camaraderie turned business partners is a rare vision in the Indian esports ecosystem. To know more about their business, AnimationXpress reached out to the BlitzkriegXP marketing head Samin ‘AceAthena12’ Ahmed. Ahmed shared, “BlitzkriegXP is India’s first-ever experiential esports organisation which kickstarted in June 2020 with a vision to become a premier international esports organisation. In a rather unorganised gaming industry, BlitzkriegXP recognises the massive potential the industry bears and intends to take Indian gaming talent to extraordinary heights.”

According to Ahmed soon after the inception, BlitzkriegXP (BXP) hosted a data-driven PUBGM nationwide try-out which has garnered massive traction and “witnessed registration slots getting full in 5 mins!” BXP also participated in the PMCO Fall Split 2020 (PUBG Mobile Club Open), the biggest PUBG tournament in India and dominated right up to the finals with its PUBGM roster under the guidance of their PUBGM head coach, Vedang Chavan.

“BlitzkriegXP’s vision is to command the international esports scene and house some of the most talented gaming rosters in India. Diversifying in terms of content for the community, training and building rosters across different games and eventually competing in the biggest esports competitions in India and then the world is the plan for the BXP’s future.”

For any startup, the first initial five years are the vital ones. Since initially BXP started with PUBG Mobile definitely the ban news of the game hit them but BXP coped up and mapped out a survival strategy in the industry. Ahmed shared, “Since the ban of PUBG Mobile, BlitzkriegXP has taken the optimistic route with the motive to seize the next big wave. We firmly believe a single game does not control the entire Indian Esports industry. Diversifying content creation and strategic brand integration is our next plan of action. We will hang tight and stay connected with our community through engaging content till the time another esport’s competitive scene builds up and parallelly continue training our roster till they are ready to perform. Moreover, we have already pivoted to multiple other games and content curation around CODM, Among Us and Valorant which stand as the top most popular games in the world as of now!”

Post PUBG Mobile ban, one of the trends that she observed is that viewers are no longer tuning into live streamers just for the sake of the fandom but for the game being played and the quality of content being dished out. “In fact games like Among Us and Fall Guys stepped into the limelight as entertaining and engaging content; creating capabilities is supported by the game’s nature itself. The viewership numbers of Garena Free Fire have remained unaffected as the game already harbours a massive community since the past year. We, at BXP, are foreseeing a growth in COD Mobile viewership now, especially, after the complete shutdown of PUBG Mobile servers,” she added. 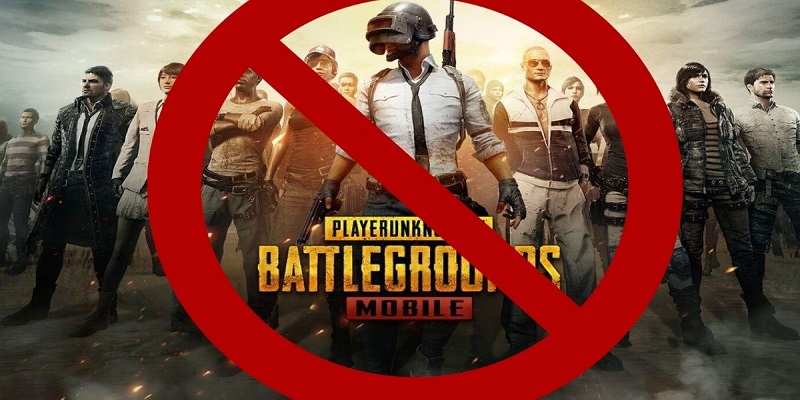 Mapping the India esports scene she shared that post the ban of PUBG Mobile, a lot of titles like COD Mobile and Valorant have benefitted by raising in the traction. As there are already multiple IPs being executed for Valorant, she believes that it is going to be the most promising esports title when it comes to PC gaming.

Valorant events by Sky esports, the esports club and many more are keeping the PC fans engaged. On the other hand for mobile, Garena Free Fire has been flourishing in terms of content and gaming. The Free Fire India Championship 2020, a tournament whose finals brags 6.7 million views on YouTube, featured a prize pool of Rs 35 lakh. Also, four Indian teams are set to represent India at the COD Mobile World Championship. The release of League of Legends Wild Rift will spice things up further as a lot of influencers and organisations are showing massive support for the unreleased game. “Moreover, with the easing Covid lockdown, we might even get to attend the much-awaited LAN events sooner than imagined,” she expressed.

Considering the current esports scene BXP’s current motive is to observe the growth of the various esports titles like Valorant, Free Fire, Call of Duty Mobile and then capitalise at the right time. However they are still keeping hope if PUBG Mobile returns, BXP will be ready for a comeback with a lineup consisting of PMCO finalist players and underdog talent who will be scouted out from our Nationwide tryouts.

Due to the massive gap in viewership numbers and brand engagement opportunities, their primary goal will be to focus on the mobile esports aspect more than PC titles. They have recently made their expansion in COD Mobile. Ahmed shared, “Call of Duty Mobile is a unique mobile esports title. Within a single game, there are two game modes namely Battle Royale and Multiplayer and both are booming in their own areas of audience. League Operation firms and tournament organizers are hosting separate tournaments for the two game modes. While the CODM grind at BXP has begun, we are monitoring the trend to see which direction the wheel of fortune is about to turn and capitalise on that and field our own competitive CODM roster. BlitzkriegXP also has plans of expanding into the pro scene of Free fire, and Valorant as a long term goal.”

The Indian esports industry is growing with steady steps and it is an opening career opportunity for many, including streamers, content curators, shout casters, professional gamers and even for an esports coach, who actually enhanced the current esports ecosystem. In conclusion, Ahmed advised, “While passion and dedication are vital to excel in these careers, a certain sense of judgement about which games to tap into will act as an additional benefit. Being proficient in your gameplay is of utmost importance but one should also focus on tailoring their personality and staying relevant to their audiences as esports icons through consistent and relatable content.”