India’s infrastructure is getting 5G ready, and once it revolutionizes the Indian data market, it will bolster the gaming sector to grow even more. It will further help the cloud gaming sector to expand in the country as India is still known as the mobile first country. Currently the main obstruction for cloud gaming is the poor and unstable bandwidth error. Cloud gaming will help players to ease the struggle of downloading the game on various devices as the players play the game on the subscribed server dedicated to the player, exactly like Netflix but for gaming, therefore players will also be able to save spaces in the devices which usually runs out of space. Apart from that, a lot of users failed to play certain games as they are restricted to certain devices that are not always affordable. Cloud gaming will nullify games for restricted devices and will help players to explore and play on a wide range of games. 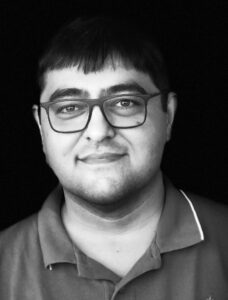 A mobile cloud gaming platform, Now.gg, aims to eliminate constraints by geography, device, or attribution, open the world of consumers to game developers, and unlock entirely new revenue streams. In conversation with AnimationXpress, Now.gg CTO Suman Saraf shared, “About 60 per cent of devices are low-mid range and not compatible with many gaming apps. The fundamental limits to mobile games are CPU, GPU, RAM, and Storage. People often need to upgrade their devices because they run into one of these bottlenecks when playing their favorite heavy-duty games. Network capacity is abundant and will only improve with 5G. Game developers were looking for solutions to create a cloud-based solution and enable gameplay on mobile without download. And here, in 2021, with now.gg we enable game developers to reach such users and bring mobile gaming to the next billion. Now.gg removes the fundamental device constraints for the players. It is very light on the client as all the heavy lifting is done in the cloud.

Soon after its launch, now.gg is witnessing an active developer adoption and tremendous feedback from the customers. We estimate that with a large number of customers and the game developers, the now.gg platform has more user-base than all the other cloud gaming services combined. In 2018, Amazon began deploying ARM servers and the core team for now.gg saw an opportunity to create the mobile cloud. However, it needed a radically different tech stack, and that’s how now.gg and the now cloud OS (NCOS) were born. NCOS created distributed Android, where the android stack could run distributed across heterogenous NCOS nodes to support Android apps.”

What is the current cloud gaming scenario in India?

Cloud gaming will be the future in India, as the mobile smartphone split is skewed more towards low-mid range devices. It makes India the hotbed for mobile cloud gaming by giving access to play mobile games from anywhere, anytime instantly, without the need to download & install heavy mobile games. It will eliminate the need for specialised consoles while allowing gamers to play any game from almost any device.

Cloud gaming is currently a rare functioning concept but soon will be in trend. It would not be too long before more developers adopt cloud gaming to provide a hassle-free immersive gaming experience to their customers. With cloud gaming, a game resides entirely in data centres and delivery networks, eliminating the need for downloads and transforming a user’s device into, essentially, a connected high-resolution terminal, with tangible benefits for both player and provider.

Can you share how will cloud gaming revolutionize the gaming ecosystem? What are /have been the challenges?

Today there are more than five billion mobile users across the world. Most of the devices are unique and require specific handling from game developers. Multiple OS (operating systems) need distinct development support and payment solutions. We envision a future that would be independent of device restriction. With 5G empowering the device with an uninterrupted connection, game developers can build a cloud-native game that could function across any device or OS without impacting the gamer’s experience. The freedom from device and OS restriction would drive game developers to adopt mobile cloud gaming. For gamers, ease of discovery and shareability is the biggest motivator for adoption. Just like we stream songs now, we envisage streaming mobile games to become the norm.

Mobile gaming is more prominent than PC and console markets put together, but before 2018, no technology solution existed to enable an architecture that could support mobile gaming on the cloud. We foresaw the need for such a solution but building something that did not exist was a big challenge. Three years later, we have a proprietary distributed Android stack called nowCloud OS, making the impossible possible.

There are several big players in cloud gaming from Google, Microsoft, Sony to Nvidia and so on. What is now.gg’s strategy to be at the frontline.

Other major cloud gaming platforms focus on PC or console games, which combined, are a smaller market than mobile gaming. Also, they are restricted to regions like China due to technical limitations, but now.gg is amongst the very few players outside China, enabling cloud gaming at this scale. Also now.gg offers the solution as a B2B PaaS model instead of a B2C subscription model.

Based in the US, now.gg, as a global mobile cloud, aims to democratise mobile gaming for the world and enable technology that will revolutionise the way mobile apps will be experienced in the future.

It is interesting to observe how factors such as high revenue, high user, and growth markets unfold. The highest ARPU (Average revenue per user) region of North America accounts for over 42 per cent of our users, followed by India’s high-volume market at around 20 per cent. The rest of Asia, which is a prominent gaming market, has about 10 per cent users. Within two months of the launch of now.gg, the average game time has grown 2.5x times, more than 100 per cent growth per month. Now.gg is gaining momentum across all demographics, with 75 per cent users between 18-44 years of age and a healthy gender ratio of 60 males and 40 females. With the high adoption of 15 per cent, the 55+ year age group segment validates the ease with which platform can be used. Currently, per se third-party tracking channels, now.gg as a channel is driving nearly 3x times higher ARPU, including organic sources. According to the recent report by sensor tower, puzzles, RPG (role-playing games) and casual games are among the most popular mobile games, and we see a similar trend on now.gg mobile cloud. Now.gg users spend nearly 4x times more time on puzzles and 3x times more on the RPG genre than the base average.

How will Cloud gaming ease the life of gamers?

Cloud gaming will significantly reduce the need for specific consoles while allowing gamers to play any game from almost any device. Gamers will no longer have to worry about their mobile device’s storage, capacity, or regional restraints when playing via the cloud. Mobile users will not have to worry about download times or choose between their favourite apps because they hit the storage limit on their phones. They will be able to enjoy high-performance games no matter their device.

Additionally, users will be able to make payments the way they like, from Paytm, Venmo to bitcoin, through now.gg’s monetisation options. Downloading games would be a passe, with updates to existing games happening automatically in the background—a relief for gamers looking for interruption free play.

How will cloud gaming technology bridge the gap of gaming hardware vs. games played?

nowcloud OS is a proprietary Android stack built on ARM-based servers. It is backward compatible with all Android apps, ready for future cloud-native apps and hybrid edge and made for infinity phones. The current dependence of games on apps would be irrelevant once games are played on the mobile cloud. Since the app play would be running on the cloud instead of the device, limitations otherwise driven by devices would be muted entirely.

Players are finding it hard to conceptualize the idea of cloud gaming— what’s your opinion on it?

Many of us belong to an era where we downloaded songs on devices to make a playlist. Now, most users use streaming apps to listen to songs. Similarly, games would transition from being downloaded to being streamed through the cloud. Of course, the technology powering the gameplay is far more advanced, but with support from nowCloudOS and the distributed Android stack, now.gg has made it easy to access.

What lies ahead for Cloud gaming in India?

The cloud platform makes it easier for game developers to enhance features of accessibility, shareability, and monetisation to their existing games and develop future-ready products. Our platform brings opportunities for developers to provide secure hosting for games and allow for safer beta testing. It enables integration with various payment channels and saves marketing costs by leveraging social media’s shareability impact. Because the game will be hosted on their website, the mobile cloud also enables tracking iOS installs even in the post IDFA (Identifier for Advertisers) era.

For gamers, gone are the days that required GBs of download and lengthy installation time. Discovering games is easier on social media. Cloud gaming providers expect to reduce the cost and technology barriers and attract game genres across geographies.

The architecture and technology will need to be scalable, future-proof, and low cost to ensure ROI (Return on investment) without compromising the gamers’ experience.