Marcos Gaming has been crowned the champions of the Skyesports Streamers Showdown. The team put up a dominating performance in BATTLEGROUNDS MOBILE INDIA to take first place after 16 intense matches across Erangel, Miramar, and Sanhok.

Marcos Gaming managed to get two chicken dinners and 103 kills to top the rankings table with 209 points. The team’s Zed Wizz God played a crucial role in their victory as he claimed 30 kills, the second-most by any player in the Streamer Showdown.

“This is a great, great win. We’d like to thank all the teams for making this a great competition. Skyesports, thank you for hosting such a sweet tournament as always you guys did a fantastic job. Special mention to all the fans who have loved and supported us throughout,” Marcos Gaming founder Sudhir Kulria said.

The Streamers Showdown was the first event for BGMI by Skyesports since the game was released last month. It featured 16 invited teams consisting of popular streamers. In a first for the new battle royale game, the Streamers Showdown was broadcasted in four languages: Hindi, Tamil, Malayalam, and Kannada, keeping in line with Skyesports’ vision of focusing on the grassroots community across the country as well.

“We are glad to activate the Streamers Showdown in such a short time. BGMI was most anticipated and we are delighted with the way communities responded. Kudos to our production and league ops team for pulling this off. We’ll be doing more grassroots for all the region and this is just a seed for now,”  Skyesports CMO Gnana Shekar, said.

Here is the complete scoreboard for the Skyesports Streamers Showdown: 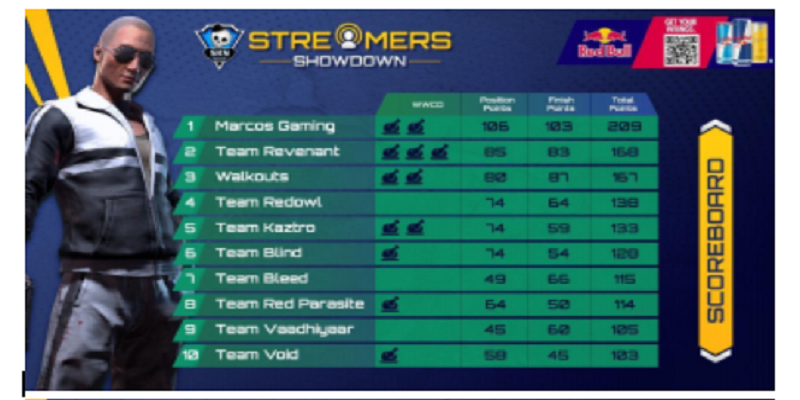 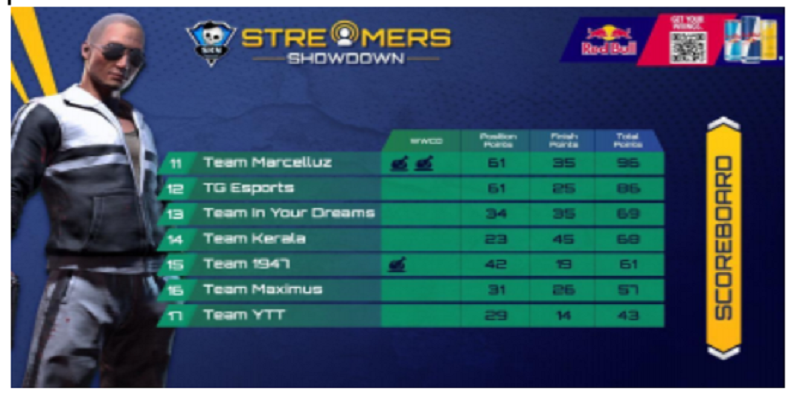