Natsume and YummyYummyTummy to join the Natsume Indie Program. More details about the upcoming 2D action-adventure game, ConnecTank, launching on Nintendo Switch, PlayStation 4, Xbox One, and PC soon will be revealed soon.

Finneas Fat Cat XVA hyper-capitalist straight out of the gilded age, FinneasFat Cat XV wants to spread his good name far and wide! Whether that’s by building more factories for his “beloved” employees to work in or statues made in his image, Finneas will have lots of missions for you to help spread his glorious name across New Pangea! 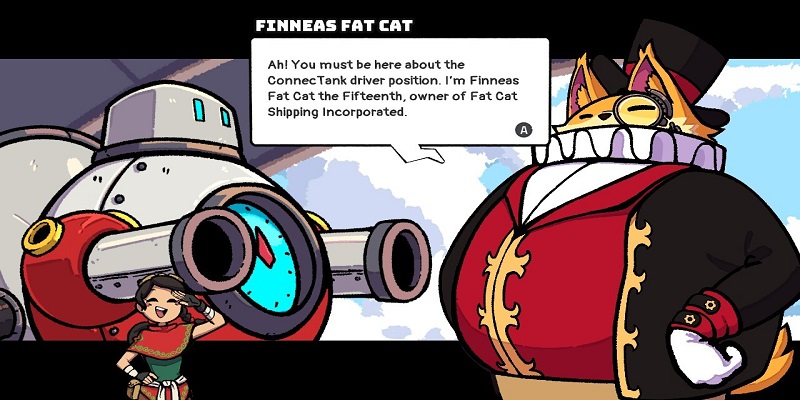 Help Emperor Pontius Penguin and his Tundra Collective seize the means of production! For the glory of the Tundra! He’ll also pay in cash, too, not just glory, so don’t worry!

A powerful shipping company is only as strong as its tanks!

Equipped with Excalibur and an attack boosting Dragon Fang, Sir Gawain is ready to take down any dragons that come his way! Unfortunately, there areno dragons in New Pangea, so you’ll have to use his powers to take down giant tanks instead! Watch out! His metal armor is weak against drill-type ammo! Equipped with chilly Frozen Sherbet and Tundra Turbine, Sprinkles Please will serve tanks their just desserts by freezing them and their ammo! If you get caught in her cold snap, blocks of ice will appear inside your tank. You can hit these ice blocks to free your tank from being a frosty treat. 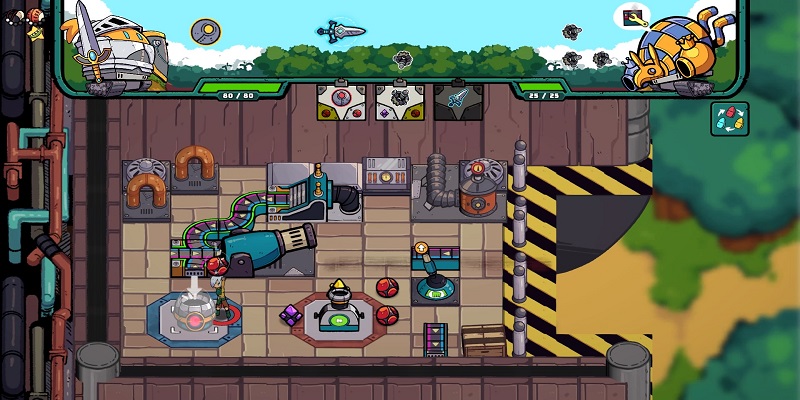 Equipped with a time slowing hourglass and a special conveyor belt that clones the ammo you craft, Checkmate will always be five steps ahead of other tanks! Speaking of steps, though, Checkmate is weak against footwear ammo like Red Slippers and Snow Boots!ConnecTankis a 2D action-adventure game developed by YummyYummyTummy, for one to four players that combines exciting tank battles with puzzle solving. InConnecTank, players deliver packages for one of three Barons seeking to become the top Tycoon of New Pangea! Through innovative tank battle mechanics utilizing both skill and teamwork, players fight rival tanks to improve their existing tank or, once enough parts are collected, use new ones! Each mammoth-sized tank comes with its own unique skills, strengths, and weaknesses, so choose wisely! With hundreds of missions, ever-changing powerups, and dozens of tanks to battle the possibilities are endless!

Here is the official ConnecTank trailer:

More details about ConnecTank for Switch, PlayStation 4, Xbox One, and PC will be revealed in the coming months! The first title under the program, Cosmic Defenders, developed by one-man team Fiery Squirrel, released on Nintendo Switch last year. Recently, the program partnered with Lucid Dreams Studio, a Montreal-based studio, in releasing their first title, Legends of Ethernal.