Gaming is a joy ride which is to be experienced at least for once in a lifetime. As technology is evolving so are the gaming devices, the experience of a game as well as the mindset towards gaming. There was a time when playing games on pocket devices used to be fun and today experiencing a game on VR is everything. The thrill, adrenalin rush, and the adventure of roaming around the virtual world in real life is mesmerizing. Aiming to give the same experience to Indians, Zero Latency launched free roam epic scale multiplayer virtual reality gaming and entertainment center in Mumbai. 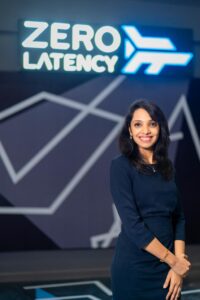 Zero Latency Mumbai center was founded by shepreneur Parineeta Rajgarhia. She shared with AnimationXpress how she started her journey and how has her experience been so far.

She stated, “I love travelling and trying new experiences. I was in Bangkok in early 2019 and experienced Zero-latency there and was blown away by the experience. It was amazing to witness how Free Roam VR transported one to a different world. I had never tried anything like this before. I then thought that India definitely is the right market and needs experiences like this for people to enjoy on weekends as a change from the usual monotonous office dinners and off sites. It was something revolutionary and VR is the future, so why not! That’s how the idea of getting this to India cropped and here we are – with the mind-blowing revolutionary experience. On a lighter note, the avid gamer that my husband is, added to my confidence that the concept is required and will have a fantastic market in India, and which better city to start from than Mumbai! Looking at the current trends amidst pandemic, there’s a need for new gaming experiences in India.”

Here is the excerpt of the interaction:

According to you, what are India’s gaming trends?

If you look over the past few years gaming is a rapidly growing industry. A few noteworthy trends are:

Where is VR gaming currently in India?

The global VR gaming market size (2019) was estimated at ~$12 billion and expected to grow at ~30 per cent CAGR from 2020 to 2027. Further, Asia Pacific dominated the market with ~40 per cent share of global revenue and is expected to do so for the next five to seven years. Within the region, South Korea and India are expected to witness remarkable demand for VR games led by higher disposable income of these countries and technological advancements in the gaming and entertainment industry.

I believe that the Indian VR gaming market will also take a leap in growth as we shift our focus to more advanced VR offerings like VR gaming arenas and free-roam VR experiences that people can enjoy along with their friends and family. Indian consumers are now ready for premium VR gaming experiences that offer heart pounding life-like experiences in a simulated environment and social setting, graduating from the traditional stationary and individual VR experiences. Also, with age and gender not being a bar anymore to enjoy such experience, I believe there is a huge opportunity that lies ahead for the VR gaming companies in the country!

Tell us more about Zero Latency’s VR Gaming space? What is it equipped with currently?

Zero Latency is the global leader in warehouse-scale, “Free Roam multiplayer Virtual Reality entertainment”. They are based in Australia and they opened the world’s first VR entertainment venue in North Melbourne, Australia in August 2015. “Free-Roam Virtual Reality” allows users to move freely in an open space and not be constrained by cables and other immobile equipment. Zero Latency’s technology uses motion capture technology to track the physical location of players, which allows the in-game virtual location of players’ avatars to be generated accurately. Proximity sensors are used to warn players of hazards and prevent players from leaving the physical play area. The technology allows a player to travel between 700m to 1km during a standard game session. They have incorporated the social element in the VR experience by accommodating up to eight players in the same game at the same time! As of March 2021, Zero Latency is present in 46 locations in 22 countries. 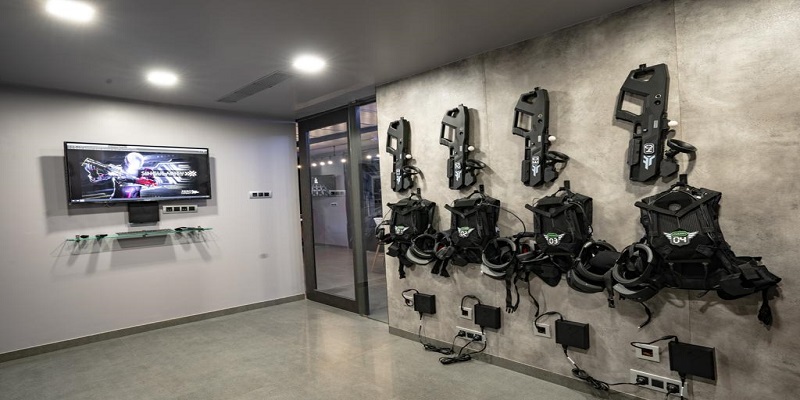 It’s been a year since you started your operation in India, so how has the experience been so far?

Zero Latency Mumbai was opened in August 2019 and within eight months of operation we were shut for almost the next eight months! We were open for the next four months again when the second wave kicked in and it is getting tough to find our feet now!

However, the response had been overwhelming and I must say, Mumbai has been kind to us! It was the right market and the Mumbaikars were clearly ready for this! Having said that, it was very challenging initially to get the footfalls, being a novel and different concept; it was quite tough to explain how Free Roam VR is different from traditional VR! But given the experience it is, referrals clearly helped us a lot and we are thankful to each of our guests who have tried and loved it!

Any feedback you have received from the people so far? Have you tried to incorporate those or plan to?

At Zero Latency Mumbai, we send the customers a feedback form after every visit and game play. We want to hear and incorporate as much as possible of what our players want. So, largely all our customers have always been delighted with the experience and the feedback has been around more ‘zombie’ games, expanding our consumer base to include children below 10 years and including games from a few industry leaders. Having heard them, Zero Latency has launched the following games in 2020 and 2021 to fulfill their demands and keep them delighted!

Mission Maybee – The game was launched at Zero Latency Mumbai in January 2021 and targets kids between eight to 11 years. This segment was untapped by us as the games at our arena were largely for 13+ years. There was a huge request from the parents and older siblings to include games for the younger kids and so we did! Mission Maybee is a shooting game but does not involve too much violence and bloodshed as the other games and is often offered as a package with our other non-shooting award winning game Engineerium.

Undead Arena – Players at our arena love zombie shooting games. We already have two zombie games and people still wanted more of them, hence we did it again! Undead Arena is our new Zombie game launched in 2020 (around December) with a slightly different theme and more immersive compared to its prequel Zombie Survival.

Far Cry VR – The most awaited launch by Zero Latency Inc is in 2021 (June/July as Zero Latency Mumbai opens post the second wave in India) for its new game Far Cry VR in partnership with Ubisoft.

So, as I believe that Free Roam VR will be the driver for the growth for the Indian VR gaming industry, I want more and more people to enjoy it as an experience with their family and friends. Hence, integrating their demands with our offerings in collaboration with Zero Latency is key for our growth in this nascent market and I will continue to do this at every step.

Motion sickness while consuming VR content is common. How did Zero Latency take care of that at its facility?

We are frequently posed with the same question at our arena and yes, motion sickness is common while consuming traditional VR experiences. I would first like to explain why motion sickness in VR happens in the first place. It happens due to a conflict between the signals that the brain receives from the VR experience in comparison to the body’s actual movement while consuming the experience. For example, if one is experiencing the roller coaster VR ride, where according to the experience the mind is on a roller coaster and moving in all directions in the virtual world, while in reality the body is completely stationary. Hence, the brain gets confused and its equilibrium is disbalanced causing nausea and sickness.

At Zero Latency, which is a Free Roam VR experience involving complete mobility of the players, the whole cause of motion sickness is taken care of by its state-of-art technology. Zero Latency’s wireless equipment, motion capture technology and the use of proximity sensors allows the players to safely move around in the arena at the same pace and cover the same distance as they are in the virtual world while playing the game. So, a player at our arena travels between 700m to 1km during a standard game session. Hence, we have never experienced any case or complaint of motion sickness at our Mumbai arena in the last 12 months of operation. Even globally, there have been only 0.02 per cent of the players who have pulled out due to motion sickness.

Is the facility operating during the lockdown? How are you coping up?

Having operated for around eight months only (August 2019 to March 2020) since launch, we were allowed to open for around four months (December 2020 to March 2021) post the first wave. We have remained shut since then.

With gaming and VR experiences being a nascent industry in India, there is little coverage on the impact on entertainment formats like ours compared to other options like movies and theatres. In the current scenario too, entertainment was the first to shut and last to open which has made it tough to get people back after a break. Further, being a start-up has its own challenges which restricts our ability in terms of marketing spends to bring back the customers. In a format like ours, we can hold private sessions of max eight people at the same time (thereby creating a small social bubble) and each and every equipment gets sanitized after every game play (even pre-covid). This needs to get across to the customers. We understand that risk is limited at our arena but we have to give the customers the time to take an informed decision and hence, getting back the footfalls has been quite challenging.

For revival, we need support from all stakeholders in the system and with the damage being so huge, the road to recovery looks slow. So, it’s been a tough ride also as we are always the first on the list to be shut and last ones allowed to open.

Are you planning to expand more facilities?

Yes, we are looking at expanding to more facilities across the country as we believe that Free Roam VR experience is the upcoming thing and will be the growth driver of the Indian VR Gaming industry. With gaming penetrating across smaller cities, foregoing age barriers and overcoming gender bias we believe that Free Roam VR experiences will be well received by audiences across the nation. Though with the pandemic, there could be a delay in the expansion but we will definitely look at it as soon as things look better.

Get back on our feet after the pandemic. Get back our customers assuring them of the highest safety standards we are maintaining. God willing, launching one more Zero Latency in India by the end of the year.