Potter heads alert! When the Harry Potter series first came to theatres, it was one of those rare moments when everyone was reading the same book, talking about the same film and coming together around a shared experience. Zynga has announced that its magical match-three mobile game Harry Potter: Puzzles & Spells has officially launched and has begun rolling out to territories worldwide. Officially licensed from Warner Bros. Games and published under the Portkey Games label, the game is available for free download on Android and iOS devices, as well as on Amazon Kindle and Facebook.

Zynga senior vice president of games Yaron Leyvand shared in a press statement that:  “Harry Potter: Puzzles & Spells honours fans’ connection to the series with a mobile game infused with the standout moments and delightful Wizarding World flourishes that have captivated a global following. The feedback from the soft-launch has been outstanding, and we can’t wait for fans around the world to play.”

The game is brimming with the spells, humour, colour and characters of the Harry Potter series. Featuring the soundtrack and voiceover recordings from the original Harry Potter films, fans could follow an authentic, mobile retelling of Harry’s journey through the Wizarding World. Earning spells and special boosts as they advance, players solve match-three puzzles populated with hopping Chocolate Frogs, fluttering Winged Keys, battling wizard chess pieces, and other unexpected obstacles and objects. Between colourful puzzles, players will be treated to iconic moments from the narrative, such as Harry’s journey on the Hogwarts Express, Hagrid’s magical creatures and Hermione casting the Wingardium Leviosa spell. Building the magical aptitude, players can earn spells, powerups, and experience points as they progress through the game to level up their skills and in-game personas. Players can also earn powerful rewards by completing Daily Events that reference a multitude of moments from the Harry Potter series 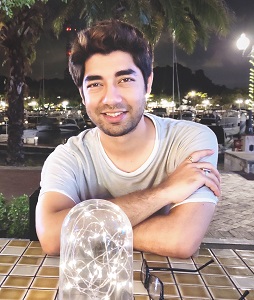 AnimationXpress got in touch with Soumyadipta Roy who was associated creatively in the making of the game and he shared, “Harry Potter’s new game came out – which we worked in – a couple of years ago. I can tell you that it was a fun project. We learned new things about how art can communicate with tech and make magic. For example, the avatar feature in the game has multiple options for eyes, face, hairstyles, nose, color and other parts. It may seem like a small feature but a lot of people were involved in the whole process.”

There are various other Harry Potter games available and Roy shared how the game is different from the existing ones. He said, “No other match-three game offers the universe of Harry Potter. It was so relishing to relive the universe again from the foundation.” 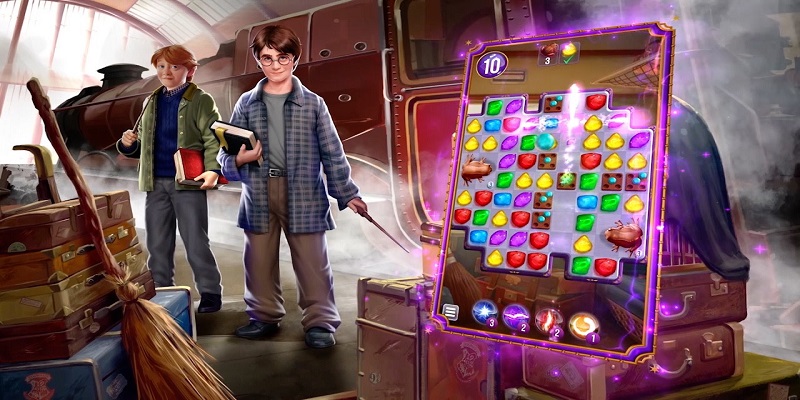 Initially, he was working on a different project and was hopeful that he should get a Harry Potter project but it was assigned to someone else. “But I guess about a month later, Harry Potter appeared in my task list. It was definitely a magic moment for me.”

He has had experience working in the Harry Potter movies as he further mentioned, “I worked for the VFX pipeline in Harry Potter Deathly Hallows Part 2. I had the pleasure of working with some of the finest leaders in our country. While working for MPC, my job was to do rotomation . For the ones who don’t know what is rotomation – it’s a process used to translate the actors acting to a 3D space. So when Daniel Radcliffe, Emma Watson or Ralph Fiennes (Voldemort) were swinging their wands or flying over the castle, those shots were taken on green screen and then provided to the team. We were then provided with 3D models of the actors which we put in the 3D application to match with the actor’s acting with our animation skill. Further, the production team puts in the effects on the footage. It’s tremendously fun when you have a good team to work with and especially when you are a hardcore fan of the franchise yourself.”

Because of his previous experience, they wanted him to take it up. He added, “The work was stuck and since I had a fair knowledge about the universe, being a fan, and having a share of work experience in it, we were able to deliver successful results thanks to the whole team.”

He is part of the art team at BYJU’S and currently, he is working on multiple exciting projects.

Potter universe is going to expand with its third instalment of Fantastic Beast on its way and recently PS4 Hogwarts Legacy games trailer was launched. JK Rowling as a producer keeps tweeting to her fans, who already know about the secret storyline which is out there, to keep hush so that the fun is not spoiled. As new movie unlocks various other opportunities, he  said, “I’m definitely excited if some easter eggs show up.”