What we mostly witness these days are our imaginations brought into the screens. A step further and we see them projected into a lifelike formation. It was almost impossible without the deriving nature of Augmented Reality and the creative minds who take bringing dreams into reality a little too seriously.

What we now are seeing, rather will be seeing in the next 20 coming years is an amalgamation of the best derivations. This is certainly what Association of Bangalore Animation Industry’s Biren Ghosh believes in. That AR and its spreading territories in the AVCG community has already began the change in the horizon.

Breaking it all into categories and beginning it with AR emphasising the gamers, we can see it envisioning and collaborating with the all already. Netflix’s CEO Reed Hastings said that his greatest competition was not Disney+ Hotstar, neither Amazon Prime. It was the refusal of people to reach for a remote to turn on Netflix instead of a gaming console. His biggest competition was Fortnite.

Gaming now takes up 26 percent of all the media consumption hours. Gamers around the world believe that AR can have a huge impact as experience makes it all richer in terms of playing aesthetic. Studies show that AR Gaming makes part of everyday life with 67 percent of them saying they will increase their AR usage by the next 5 years. And while PC’s and Gaming consoles being the staple objects, the infusion of AR can also entice the non-gamers into trying the new technology. We also see AR glasses as the next big thing for public playing. Hence, we can successfully understand that AR has and is about to have a huge impact for the gaming world.

The reaction always staying on people’s mind is the interaction AR provides. The year 2016 saw the first and major outburst of the AR game Pokemon Go and was a huge success. Overall mobile AR software are estimated to generate more revenue than VR by 2021, providing people escapism and relaxation.

The increasing interest of VFX in AR is also mandatory to lookout for. VFX alone had transformed the media and entertainment industry drastically in the past decades. And now the merge of itself with AR is bringing forth newer, even more grander elements for the people to witness. Adapting to its artistic version, VFX and AR have opened a marvellous pitch for the western pop music industry.

Artists are looking forward to AR as an elevated outlet to showcase their talents to. Coachella Valley Music and Arts festival added mobile AR effects to the 2019 festival. Singer and Rapper, Donald Grover under his famous stage name Childish Gambino also released a mobile AR app for fans to experience his music in the new way. 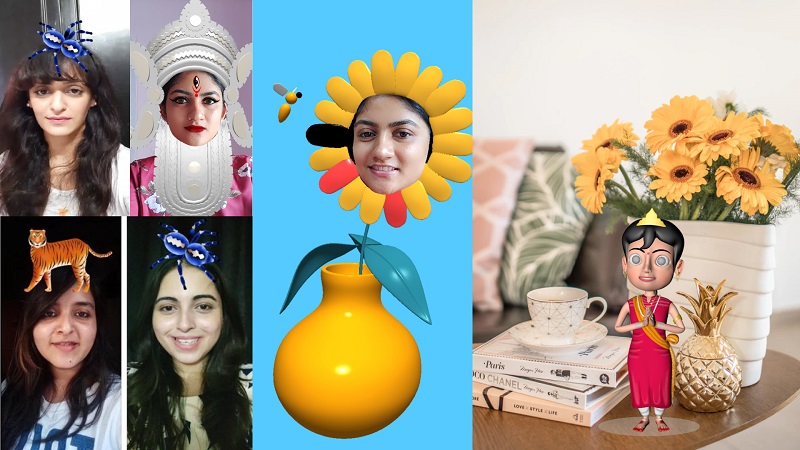 Another hoarding is the usage of Holograms. Performers pairing up real time VFX and holograms with the added usage of AR has given the listeners an experience beyond music. Artists including Childish Gambino, Billie Eilish, and Elton John have all used this method to create unbelievably creative visual elements in their shows. With a cusp to a digital revolution, VFX and AR are only bringing bigger opportunities to both the audience and the producers of these.

Perhaps the most exciting amalgamation of AR by far is with comics. To see one’s favourite comic characters to come into life, through the comic book is by far every comic lovers dream. And the comic mogul Marvel has done exactly the same. They brought forth an Augmented Reality app bringing their upcoming Avengers VS X-Men comic book to life. Powered by Aurasma, an AR technology bringing the physical onto virtual, for iOS 3GS, 4, 4S and high-powered Android devices. Marvel also announced its AR app back in 2012 that will include digital extras for readers calling it the “ReEvolution”. A free AR app allowing the readers to read the comics and letting them scan and print it too, including writers script, original artwork and the editor’s comments. All in all, an exciting deal which just made people follow the Marvel Comics in their own marvellous fan following.

With AR making the pages come into life, removing the layered imagination and bringing it in front of our eyes makes it enough of a success. The user interaction segment AR brings is met over perfectly in this mix and will hit a decade old height in terms of sales and advertising again.

Arguably the most successful venture AR brought forward was its merging with Animation. A device agnostic technology bringing forth the creative features of animation is almost blurring the lines of reality. Animation and AR now go hand in hand. An example were PepsiCo recently pranked the Londoners with an AR and animation enabled bus stop display. Travellers were shown a tiger growling, a meteor crashing and what not. This becomes how vivid and real AR can come forward as with animation together.

While AR was still in its early days, the experimentations were many. However it is now that this entry in the AVCG Community has brought the world that if a creator has something in their mind enabling user interaction, it is possible to do. And that too with flying colors. With the unprecedented level of engagement, the promise is to always get a user into an immersive augmentative environment igniting multiple human senses. Some the user knew of, some to come out after the usage!