Game developer Bright Star Studios has announced that videogame veteran Randy Breen has joined the Ember Sword development team as an advisor. With over 18 years of industry experience at Electronic Arts and LucasArts, Breen will help the Bright Star Studios team deliver on its vision of creating an immersive MMORPG with a true play-to-earn economy. Breen’s appointment forms part of the latest growth phase for innovative MMORPG Ember Sword following its $1.5m virtual land sale last week and recent studio investment of $2m from angel investors. 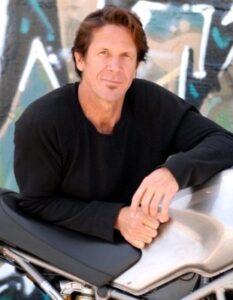 “When I first saw Bright Star’s vision for Ember Sword and its play-to-earn mechanics, I felt I was witnessing the next sea-change in gaming. It expressed a new way to play that placed players at the centre of its world, economy and development. What drew me to the project is the game’s high production quality and the team’s commitment to making a truly great MMORPG. It pays homage to the genre with a rich world, deep story and complex evolving combat – all areas in which I have years of experience to offer,” said Breen.

Breen has an illustrious career in the games industry. His career began at Electronic Arts where he grew from assistant producer to executive producer and creative director before becoming the head VP of development at LucasArts. During his time there, he guided many beloved Star Wars games to PC and console, including Star Wars Battlefront, MMORPG Star Wars Galaxies and BAFTA award-winning RPG Knights of the Old Republic. Bright Star Studios will harness this wealth of experience and expertise to help bring Ember Sword to life.

Bright Star Studios recently announced that it secured over $2 million in funding from multiple investors to help deliver on its vision for Ember Sword. Last week also saw the successful completion of the game’s first land sale that sold out in just six hours, with all of the regular plots being purchased in under an hour. The sale of 12,000 in-game plots of virtual Solarwood land generated a total of over $1.5M. Bright Star Studios intends to use these funds to further the title’s development, enabling the team to create a high-quality and immersive player-first gaming experience supported by an innovative play-to-earn economy powered by the blockchain.

Ember Sword will be available via client and browser, meaning that players can access the rich MMORPG world and economy within seconds, ensuring a frictionless experience without compromising visuals.