The online gaming segment in India continues to be driven by rapid growth in mobile gaming users, casual games, fantasy sports, esports, and so on. With the ongoing pandemic, the gaming industry has witnessed an influx of users, DAUs, time spent, and so on. Understanding the current scenario of the gaming industry, mapping where it will head in 2021 and beyond we reached out to KPMG India partner and head – media and entertainment Girish Menon. 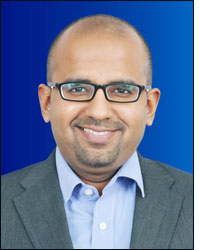 Speaking about the current trends in the Indian gaming sector Menon shared, “Online gaming is poised to be amongst the fastest-growing segments in the media and entertainment industry in India. Fantasy sports and card-based real money games witnessed strong traction in FY20. In addition, casual gaming witnessed strong uptake in consumption over the last 12-18 months. There has also been a tangible increase in in-app monetization on casual games with users more willing to pay for entertainment. Multi-gaming platforms have also started to become more popular among users. As more users engage with games and take to gaming as a hobby or profession, there has been a surge in esports tournaments and game streaming. Gaming has started to gain acceptance as mode of entertainment among families and proven to be a strong industry in the aftermath of the pandemic. As a result, many online video players have also started to incorporate casual games as a use case for engagement on their platform in recent times.”

According to the recent KPMG report ‘A year off script: Time for resilience’ between year 2016 and 2020, gaming sector has witnessed growth in revenue at 34 per cent CAGR from Rs 28 billion to Rs 90 billion. Gaming was the fastest-growing segment with a rapid increase in consumption translating partially into monetisation, although from a lower revenue base and one of the key contributors of the revenue has been the fantasy sports platform. In the last three to four years fantasy sports platforms have witnessed significant growth in userbase. “Numerous fantasy sports operators, who have been around for a long time, have built their product offering and created a meaningful user base with cricket at the centre. Regulatory clarity on the business model of fantasy sports in recent years has further proved to be a shot in the arm for operators with PE /VCs also starting to fund fantasy sports operators. In order to tap into this growing and relatively mature segment of the gaming market in India, new operators have been entering this space,” expressed Menon.

However, lockdowns imposed on account of the pandemic, has stalled/cancelled sporting events and brought business to a halt for online fantasy sports operators. In addition, gaming companies had to deal with a depressed ad environment in Q1 FY21 that resulted in lower CPMs. “While sporting activity resumed from May/June, the content entry amount (CEA) for fantasy sports operators is expected to decline in FY21 by 20-22 per cent. The segment is expected to bounce back in FY22 as sporting activity normalizes. A wider user base coupled with an improved ad environment is likely to propel the gaming industry in FY22,” he added.

Although on one hand fantasy sports has seen the light of the day in India, while on the other hand fantasy esports  industry is still at the beginning stage and it is because India needs to touch a critical mass before fantasy esports can twitch. According to Menon, “Esports, is at a nascent stage of growth in India. While COVID-19 has given a fillip to esports streaming and viewership, the esports ecosystem is still evolving in India with a small base of professional players across handful number of titles. The esports audience in India needs to reach a critical mass before fantasy esports can start to become popular and gain meaningful scale.”

Since the last few months various game streaming platforms have grown and today serious gamers have considered game streaming at least for once as a viable career option. And according to Menon here are factors that will boost the game streaming sectors in the coming months: