Gaming in India is no less than mainstream industry today as Online gaming has touched a whopping Rs. 7700 crores in India according to FICCI EY report. Tech-savvy youth population, a consistent supply of high-quality games from local creators, growing 4G- 5G (upcoming) adoption, rich gaming experience, and developing electronic payment technologies are some of the main driving factors that have bolstered the sector to flourish even more. 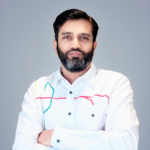 In conversation with AnimationXpress, POKKT co-founder and COO Vaibhav Odhekar shared, “The number of gamers rose during the corona outbreak in 2020, and this trend is expected to continue in the upcoming years.” Because of which a lot of advertisers today are showing interest in gaming as they will be able to reach large audiences, especially tech-savvy youth audiences.

India is expected to have 440 million gamers by 2022 and this may signal an interesting tide for players, app publishers and the subsequent ad industry in the esports and gaming segments. Innovation and upgrades are the key to dominate players’ attraction towards the game in the industry. According to Odhekar, the gaming industry as a whole is continuously discovering new game genres along with the introduction of new gaming features which includes: multiplayer gaming, better technologies and new innovations which boost the game’s reachability. Apart from that, gaming studios have initiated tapping localisation in the gaming industry which are adding Indianized elements for the gamers. This kind of customisation will further support in making games easier and hassle-free to engage especially for beginners.

However, there are a lot of challenges including proper framework, monetization and so on. He expressed, “It’s a notion that monetization is proportional to the number of new users. Certain types of game development business and marketers have maintained their spending, and some have even increased their spending, while others are suffering existential crises. Challenges faced by the marketers are feature creep issues, targeting wrong audiences, making games noticeable by all, privacy and security. Clearly, their spending has decreased. As a result, the entire pie has shrunk and overall revenue has remained flat.”

COVID-19 has skyrocketed the number of mobile gamers in the world because of which ad revenue percentage has increased by eight per cent . He shared, “Revenue from in-game advertisements is anticipated to increase from $42.3 billion in 2019 to $56 billion in 2024. For a large category of advertisers, gaming is now an acceptable medium and very standard segment as part of their media planning. We would say, OTT and Gaming are the two dominant categories that have emerged strongly in the last 18 months.”

Today, because of exponential growth, gaming has become a must have medium for most advertisers during their media planning process because of which a lot of non endemic brands are becoming part of the gaming ecosystem. Advertisers across categories, from FMCG to automobile, OTT to e-commerce including newer categories like EduTech, FinTech and so on, have been consistently spending on in-game advertising and it is no longer restricted to a particular category.Because of which the quality of gaming advertisements has evolved over the past few years.

Odhekar shared, “Yes, advertisements marketing on online games has come a long way from the days when it was all about creating edgy advertisements for male gamers eagerly anticipating the next big console hit. The gaming business has moved from retail to digital distribution and has grown to new platforms to expand the gaming industry. Advertisements on online games have evolved throughout time to accommodate new mediums and consumers.”

Despite pandemic led challenges POKKT continued to grow as many advertisers from various categories have upped their spending into gaming (except travel, lifestyle, hospitality, real estate and so on). And since gaming isn’t considered a niche anymore, it has helped POKKT to cater to clients across industries and deliver successfully to their expectations.

Commenting on the future plans, he shared, “We would like to continue being the gaming destination for advertisers and are planning to expand our footprint in other overseas markets. We continue to invest behind “data” in the technology space as it enables businesses to forecast business challenges and trends and hence, helps us to strategize our future plans.”