The Academy Museum of Motion Pictures will be opening its doors in Los Angeles in April with an exhibit of the works of Oscar-winning Japanese animator Hayao Miyazaki. Announced in 2018, the Academy has now provided details of what the audience will experience at the exhibit.

Co-founded by Miyazaki in 1985, Studio Ghibli has collaborated with Academy Museum exhibitions curator Jessica Niebel and assistant curator J. Raul Guzman to create the first North American retrospective ever dedicated to celebrating the legacy of Miyazaki’s work over six decades.
“Miyazaki’s genius is his power of remembering what he sees,” said Studio Ghibli co-founder Toshio Suzuki. “It is our hope that visitors will be able to experience the entire scope of Hayao Miyazaki’s creative process through this exhibition.”

The exhibit is divided into thematic sections. To enter, visitors have to follow four-year-old Mei, the lead character of My Neighbor Totoro, into the Tree Tunnel gallery which leads into Miyazaki’s enchanted world. “That feeling of being free-spirited and adventurous and curious … is something we tried to re-create with the Tree Tunnel,” Niebel said of the section, which will involve guests following Mei into Miyazaki’s magical worlds. 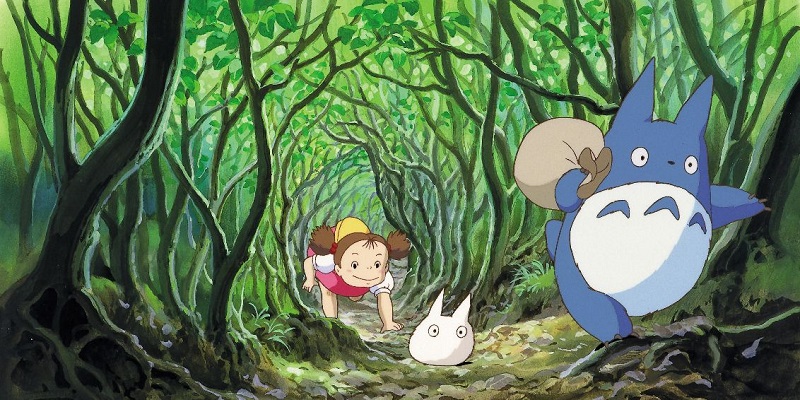 “Let’s leave this rational, adult world behind and let’s remember how it was like to be four years old and experience how that felt like again for just a little bit and be adventuresome and enter this imaginary world.”

From there, visitors enter the Creating Characters gallery featuring short clips of Miyazaki’s protagonists and how the characters are developed. In Making Of gallery, visitors will learn of Miyazaki’s collaboration with Isao Takahata and his early works as an animator. Next is the Creating Worlds gallery, which is about the creation of Miyazaki’s fantastical spaces, and the contrasts between natural and industrial environments. This also features the Sky View installation. The Transformations gallery explores the metamorphoses that are so often a part of Miyazaki’s films. The final gallery is the Magical Forest and the Mother Tree installation as an ode to the mystical trees which connect reality and other worlds. A transitional corridor then guides visitors back into the main museum.

A 256-page catalog featuring highlights of the exhibit will be available at the opening. Apart from this, there will also be film screenings of Miyazaki’s movies in both Japanese and English, as well as merchandise for sale.
The museum’s opening was delayed from 14 December due to coronavirus pandemic and is finally being unveiled to the public on 30 April 2021.
The Academy Museum of Motion Pictures is designed by architect Renzo Piano.