Black Panther star Letitia Wright aka Shuri has kinda confirmed that Marvel Studios has an all-female Avengers movie planned after the tease in Avengers: Endgame.

Wright is quite confident that Marvel Studios will make one soon in the future. Until 2019 with the release of Captain Marvel (starring Brie Larson), the first years of the Marvel Cinematic Universe (MCU) has been majorly dominated by male superheroes (they’re amazing of course) despite the prominent presence of Scarlett Johansson’s Black Widow. Promoting and practising inclusivity – racial, sexual or otherwise, several female superheroes were introduced by Marvel during the Infinity Saga, and finally, all of them coming together for the first time in the memorable Avengers: Endgame scene. 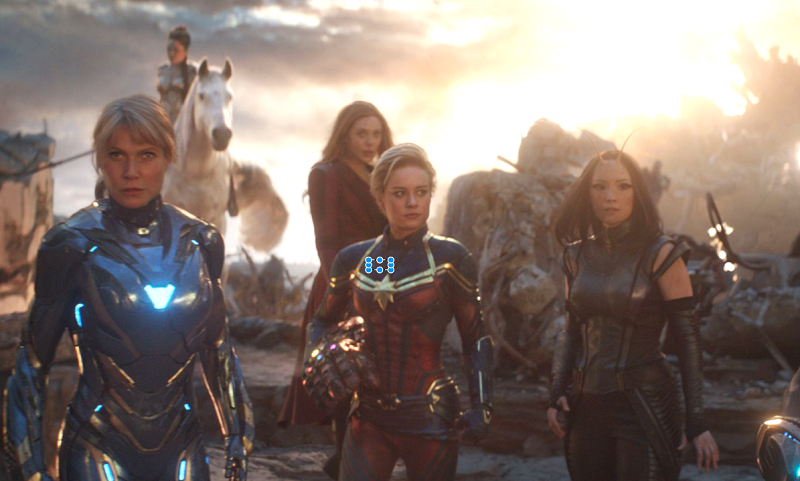 Marvel Studios is yet to officially confirm the news as the studio hasn’t announced Avengers 5 till now, allowing various theories and expectations of millions of fans who’re wondering if it will happen.

Wright, who made her MCU debut in 2018 as Shuri in Black Panther and was featured in Avengers: Endgame‘s all-female scene, in a new interview with Yahoo, said, “I don’t think we have to fight for it. Victoria Alonso is very strong about spearheading it, alongside Kevin [Feige]. It’s only a matter of time before they do it.”

Based on her comment, we can probably expect that Avengers: Endgame producer and Marvel Studios EVP of production Alonso is especially focused on making the all-female Avengers movie see the light of the day. Marvel Studios president Feige has also been a vocal advocate of giving the female heroes bigger roles, more solo films, and eventually a team-up.

Wright further added on who she’d (Shuri) want to team up with, “Valkyrie, Captain Marvel, Okoye, and Nakia” are some of the heroes who could be included.

It’s just a tease, but we can’t keep calm already! BRING IT ON MCU!