The art of storytelling is an ancient one and finds an audience in every form. However, with the advancement in technology, visual storytelling has appealed to the masses much more than any other while reading books has taken a backseat. With attention spans dwindling, millenials and Gen Z would much rather consume content that requires a lesser span of attention, and more importantly, something that would be available on their smartphones.

Using this to their advantage is the Plop Chat Stories app, founded by Anushka Shetty and Vineeth Shetty. As Anushka simply describes it, it is an “interactive fiction”. Shetty further added, “Primarily, we are not a video platform. We call ourselves an OTT for books. We are doing a Gen Z version of a comic, which is a conversational screenplay with visuals.”

Available on Google Play Store and the App Store, the app uses interactive and immersive storytelling with choose-your-adventure style narration. These types of stories are loved by audiences, because it makes them part of the storyline and their choices matter.

A former CA, Shetty had always been interested in content and literary arts. The shift to entreprenurship was difficult, being used to a certain lifestyle with a secured income. “I always had a passion for writing and content. I always wanted to come back to my interests. Once I had enough money and consulting experience, I took the jump,” she mentioned.

The app was launched in the last quarter of 2019, after working on it since February of 2019. It was a part of the Women Startup Program by IIM Bangalore. This startup is a Made in India company which has gone global, with 90-95 per cent of its audience from outside of India. It needs to make progress in the regional market but the founders have no plans of looking at stories in vernacular languages in the near future; instead they are focusing on Spanish language, which is widely used, and the Korean market, where the app enjoys a good user-base. 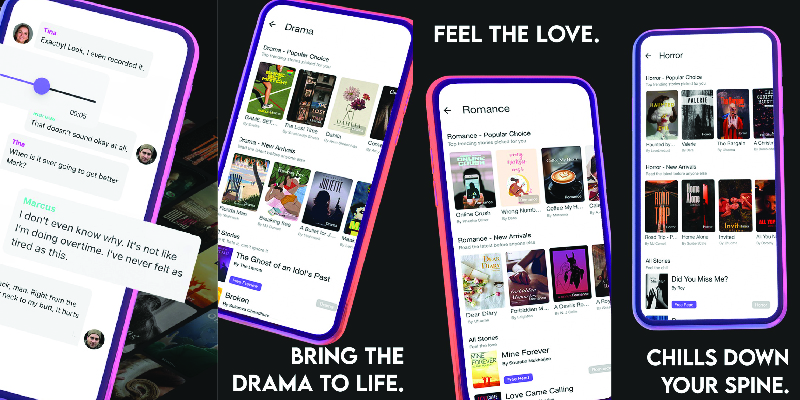 The target audience for the app are 18 to 35 years – millenials and Gen Z who use smartphones the most. “What we are trying to do is use a behaviour that is extremely common and use that behaviour to get them hooked to reading and introducing them to the joy of fiction.”

The app saw an exceptional increase in user-base as the lockdown started. There was a 400 per cent rise in the user activity, an 800 per cent increase in revenue through in-app purchases (IAP), as well as a growth in the number of writers and creators.

On being asked if the content was outsourced or created by an internal team, Shetty replied that Plop Stories being a user generated platform, anybody can create content on the app. However, there are some barriers to the writers, so as to weed out the unnecessary people and ensure that only the truly interested people join the writers’ panel. The stories are approved by the internal team.

Talking about development in this space in India, Shetty said that India is not a country of fast adapters. “The audiences want tried and tested products, rather than experimenting with something unfamiliar. Secondly, people are price-sensitive and less willing to pay money for in-app purchases.” She believes the subscription market will take time to open up, although there is progress due to some music apps available on Google Play Store.