In a tweet, Brisson revealed that Ghost Rider Issue #7, which went on sale in July, serves as the final installment of the series. He, however, made it clear that fans didn’t see the last of Johnny Blaze and Danny Sketch yet. “As many have assumed, Ghost Rider #7 was the last issue of the series,” he tweeted. “I loved writing it; had a hell of a time telling Danny and Johnny’s stories; and introducing the Spirit of Corruption. As far as their continued adventures, that will continue elsewhere in the Marvel Universe.” 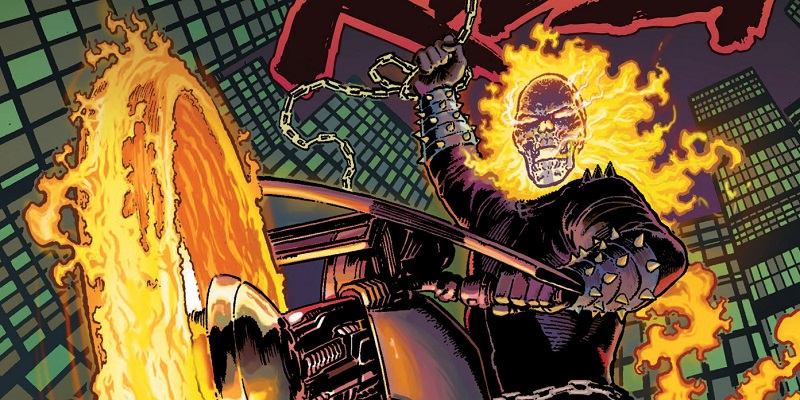 Here are the solicited synopses for each issue:

Ghost Rider #8 by Brisson and Frigeri: “Enter the city of the damned! In a place beyond good and evil, Ghost Rider and Mephisto find a secret society of supernatural beings–and they aren’t fond of visitors!

Ghost Rider #9 by Brisson and Frigeri: “Classic Ghost Rider villains return! Danny Ketch might have punished Scarecrow, Deathwatch and Blackout before as a Spirit of Vengeance, but can he do the same as the Spirit of Corruption?”

Empyre: Ghost Rider #1 by Brisson and Jefte Palo: “An intergalactic war comes crashing into a supernatural showdown between the Spirit of Corruption and the Spirit of Pollution! But who will be left standing?”

Ghost Rider Annual #1 by Brisson, Howard Mackie, and Javier Saltares: “The one you’ve been waiting for – the return of Vengeance! Michael Badilino was a bad dude in life…and that landed him in hell. But not just any old rung of hell, a layer so deep it’s reserved for those special enemies of hell – one where a former Spirit of Vengeance may suffer for all eternity! As Lilith’s gambit against Johnny Blaze and Mephisto for the throne of hell heats up, you can bet other players will enter the arena… and Badilino will find a way to ride again as Vengeance!”