Launched yesterday, 3 August, the digital comic will be available fortnightly to kids and parents on the Tinkle app, Amar Chitra Katha app and Magzter app, available for iOS and Android devices. 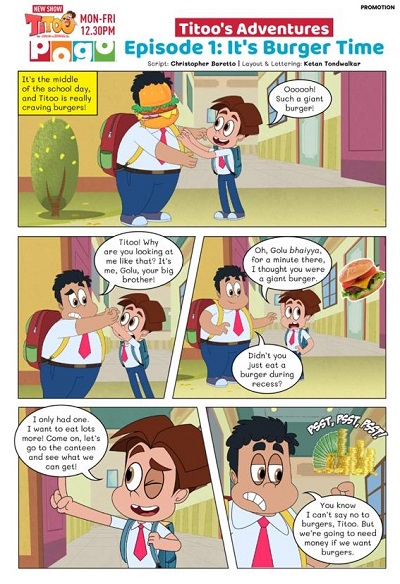 Speaking on the partnership, Amar Chitra Katha president and CEO Preeti Vyas said, “At Tinkle, we take great pride in creating and publishing stories that entertain, engage and enlighten young readers. Over the past 40 years, we have collaborated with a multitude of characters and properties and in 2020 we are thrilled to bring this fresh little character Titoo from POGO to the pages of our magazine for a few special issues.”

“We are thrilled to collaborate with India’s popular comic books brand, Tinkle for our brand-new show Titoo. With this partnership, we aim to bring a multiplatform experience for our young audience. We believe that the kids will love the eight year old boy’s hilarious yet lovable antics and will enjoy reading about the relatable situations and endearing characters in the comic series, as much as they’ll love watching them on television!,”  added POGO and Cartoon Network South Asia Network head Abhishek Dutta.