The Indian Hindi-language comedy thriller, Lootcase, by debutant director Rajesh Krishnan who has also directed the web series TVF Tripling will see Kunal Khemu and Rasika Dugal in lead roles. The film, which revolves around a red colored suitcase has a superhero too. Cosplayer Sameer Bundela designed the costume and props for the character.

“Seeing your craft on screen is a feeling unlike any other and I had been working towards this goal for a long time now, so it feels visceral every time that happens,” said Bundela. Divvya and Niddhi Gambhir, the designers, approached him for the making of this costume. The duo have worked on films like Sonchiriya for which they even won the Filmfare award, URI, The Song of scorpions, Happy Fir Bhaag Jaegi and a lot more. Bundela is thankful to Jeet Molankar and Saurabh Rawat who helped him with this project. “No good work gets executed without a good team and I’m glad to be a part of one,” he added. 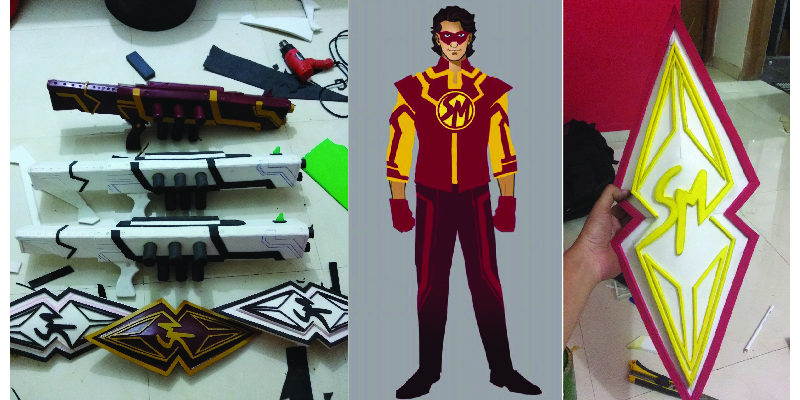 Bundela has earlier made a few props for Dance+, the Doga’s costume for the short film released by Raj Comics, and a few costumes and props for regional films too. His team also got a chance to work on the costumes for the superhero-themed IPL advertisement that was released recently.

But this project on Lootcase was special for him. The main concept art of the gun and the costume was created by Saumin S. Patel who’s a brilliant artist and also a mentor to Bundela. Taking cues from his sketch, he had to design the shield. “I haven’t had a chance to work on a film with so many favourite actors of mine, so it was a very invigorating experience,” mentioned he.

The costume was made of four way stretch spandex and the weapons were made out of EVA foam. The team had to make sure that the finishing was top notch to avoid the props from looking cheap. 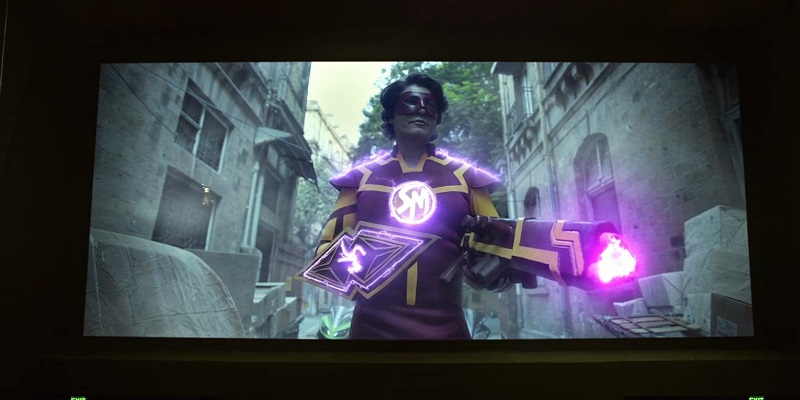 Bundela is happy how the costume and props turned out and is glad that people liked the character and the costume along with the fact that the movie is getting a really good response. That’s the best an artist can hope for, he felt. “I hope to get to work on more such fun projects. India is really opening up to different kinds of cinema and content and with many streaming services creating a lot of opportunities for filmmakers to explore different themes, the future only seems more and more exciting!” Bundela concluded.

Even though recent times have been a bit difficult for everyone in the creative fields like cosplay due to lack of events and shoots, Bundela is grateful for all the support cosplayers are receiving from the people. 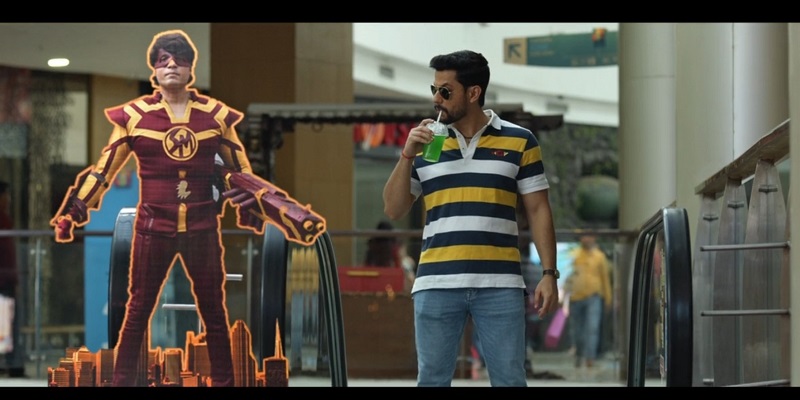 Bundela has been the winner of the Indian Championship of Cosplay 2020, where he suited up as Zenos yae Galvus, the primary antagonist from the game Final Fantasy XIV. He has also cosplayed the famous Star Wars character, Chewbacca. Bundela runs his page with amazing cosplays on instagram under the name sameertikkamasala. Lootcase was released on 31 July 2020 on Disney+ Hotstar and is now available for streaming.