Amar Chitra Katha brings the story of the foremost of all yogis, the barefoot god with matted locks and animal-skin robes. Mahadeva Part V – Shiva the Savior was launched on 8 January 2021 with a virtual event comprising an epic story performance by the ACK Team. The audience witnessed fun debate on myth vs made-up moments related to Shiva and also an ultimate Shiva quiz.

Shiva is the one who manifests energy and is limitless. He is known to be gentle, benevolent and almost indulgent towards his devotees, and ruthless towards those who destroy the balance of the world with their evil ways. He is Shiva, also called Mahadeva.

The earlier four parts launched were: 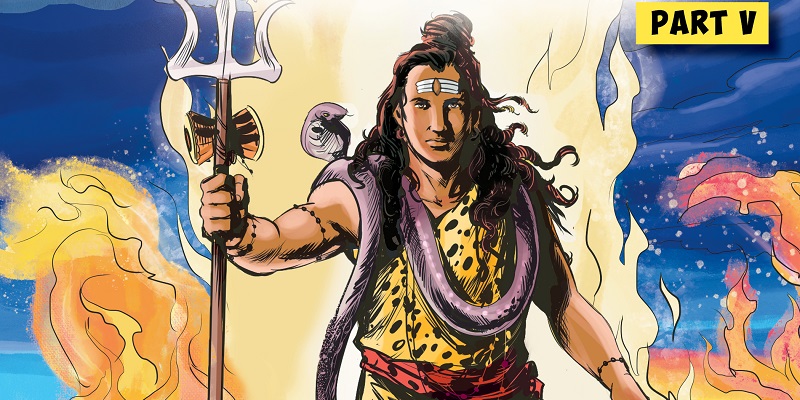 The official description of the fifth part is as follows: Among the Trimurti or the Hindu Trinity, Shiva is known as the destroyer. However, when evil prevails, he is the one that even the gods call upon for help. Mahadeva Part V tells the stories of the countless times that Shiva the saviour freed the world from the oppression and immorality of those who had forgotten the path of dharma.

One of the artists from the series, Arijit Dutta Chowdhury said, “No doubt that Shiva is probably the most iconic character an artist can ask for. The only one other character who can compete with him is Krishna. Yes,those scripts were great but each story was told briefly and contained a lot of text, characters, fast-happening incidents and information. So as an artist, when I received those scripts I simply got overwhelmed!”

Chowdhury got hooked on one simple and unique side of this collection. Here Shiva was not seen as only a god. Here at one point he was the protector or destroyer and at another he was the family man who was also a little biased to one of his sons. Above all this, there was one point where he was a sinner too. “All of a sudden I was getting a whole new variation/range of an iconic character, which has rarely been explored in the comics medium before,” added he. 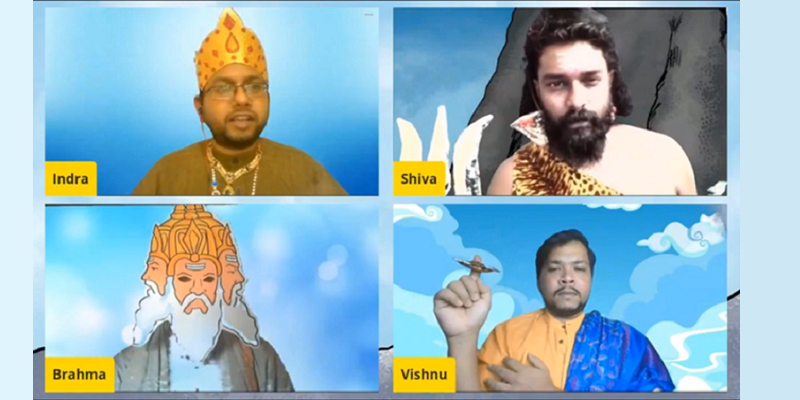 Malini Saigal who did the research and was involved in the script mentioned, “There was a two-fold challenge in scripting the Shiva Purana. One was to make the story relatable, wherein the characters deal with very mortal emotions and situations–fall in love, test friendships, lose tempers, eat humble pie and face the same ethical dilemmas that we do today. The second was to place the Purana in a historical perspective, so that it is less of a holy writ, and more of an enduring story with drama and dash, and timeless values and sentiments.”

ACK executive editor Reena Puri added, “Creating a book on Shiva has been on the editorial wishlist for a long time. The stories of the Shiva Purana are not simple and to sift and select stories that a child and an adult could connect with was challenging. However, we are happy with the end result and initial statistics show that our readers are too.”

The team hopes to continue looking into the Puranas for more stories as well as exploring alternate versions of mythology. “There is a sea of exciting and thought-provoking versions out there which will connect us to an almost forgotten part of our heritage,” Puri concluded.

All five parts of the Mahadeva series are now available for the readers on the ACK Comics app. Happy reading!