Kim-Joy has created the first-ever baked comic book cover for Sina Grace’s Getting It Together. Fans of The Great British Baking Show have a surprise awaiting in the fourth and final issue of Image Comics’ Getting It Together: a special variant edition of the issue will feature an exclusive cover by former contestant Kim-Joy.

The collaboration between the British baker and the American comic book series came through a chance meeting between series co-creator Sina Grace and Kim-Joy in New York.

“I first got to chatting with Sina at a bar in New York that our friend Jimmy works at — we were both in town for the Comic-Con — and I’m so excited that we’ve gone from our first meeting there to me now doing a baking style cover for his amazing comic,” Kim-Joy said in a statement. “I love that it’s something a bit different from the norm and we’re fusing baking with comics.” 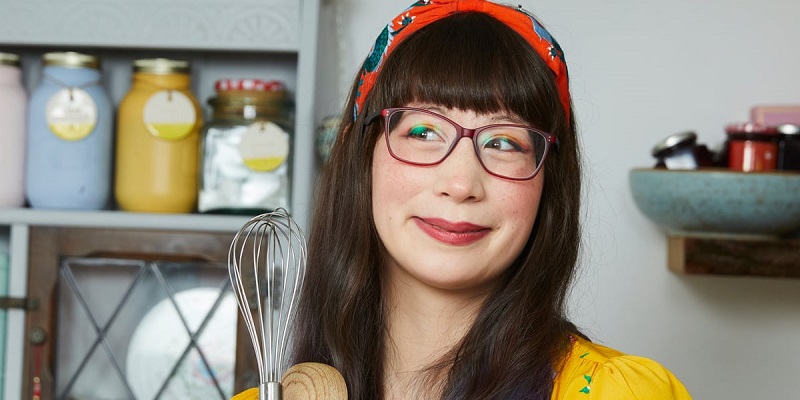 “Getting It Together has been a celebration of all the things I love: music, friendship, messy relationships, fashion… but my love for baking never got a spotlight,” Grace added. “I wanted to do something different and out of the box with this variant, and it was the best trust fall I’ve taken to put Kim-Joy’s immense talents to use in creating a cover with her bakes.”