China based, Winsing Animation will preview new toys inspired from its popular animated shows at ASD Market Week 2020, to be held online from 2 October 2020 to 3 March 2021.

A well known name in the Chinese and global animation market for 15 years, Winsing’s new toy lines are derived from its IPs – GG Bond: Undersea Wonders and Team S.T.E.A.M.!. 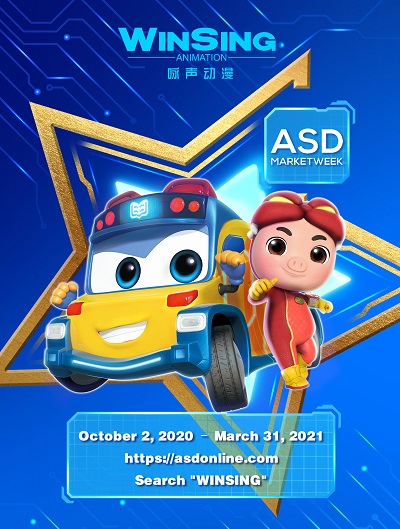 With its international concept, Team S.T.E.A.M.! was one of the five animation projects and the only Chinese project that was pitched at France MIP Junior 2019. After a year’s development, GOGOBUS has gradually built up its brand awareness in China, South Korea, Indonesia and many other places around the world. It was successfully nominated as YOUNG PROPERTY OF THE YEAR in 2020 China Licensing Awards.