Award-winning studio, Submarine has optioned the rights to Matt Haig’s bestselling sci-fi novel Echo Boy to adapt it into a hybrid live action and animated series.

For the Echo Boy project, Submarine has partnered with its old collaborator Tommy Pallotta, who co-developed the animation technique used in A Scanner Darkly, Waking Life and Undone. 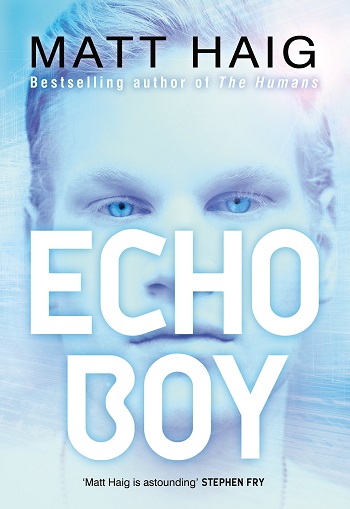 Submarine co-founder and co-managing director Femke Wolting commented, “Submarine is already the largest studio in the Netherlands, but what we have been building with Undone, Apollo 10 ½, and now with Echo Boy is a truly global slate of high-end, innovative projects which aim to push the medium of animation forward. Haig’s book is futuristic but also intensely human, and has the combination of an original world and resonant truth we look for in a story.”

Echo Boy takes place in the year 2115, when the life of teenager Audrey Castle is shattered after her parents are murdered by a malfunctioning, humanoid robot, Echo, who’s designed to assist with every aspect of daily life. However, when Audrey crosses paths with a thinking, feeling Echo prototype named Daniel, she is forced to grapple with her prejudices, fears, and the idea of what it means to be human.

Haig added, “I am very excited that Echo Boy is being developed for screen by Submarine. It is a novel with a level of scope and ambition which needs to be factored into the adaptation, and I am confident Submarine’s visual flair and imaginative creativity make them equal to the challenge. It is the perfect home.”

Haig is an internationally bestselling author for both children and adults. His bestselling adult novels include How to Stop Time (currently being developed for film by Benedict Cumberbatch’s SunnyMarch), The Humans and The Midnight Library. He also wrote the non-fiction book Reasons to Stay Alive, a number one bestseller in the UK which was translated into 43 languages.  His latest children’s book, A Boy Called Christmas, has been made into a film by Blueprint Pictures, Studio Canal and Netflix starring Maggie Smith, Kristen Wiig and Jim Broadbent, slated for 2021.

The New Statesman stated Echo Boy, “A cracking plot with profound philosophical questions about what it is to be human. Fearless and beautifully written, it confirms Haig as one of our best new writers of speculative fiction.”