Targeted to adventure loving kids aged five to nine, FriendZSpace will be co-produced by T&B Media Global and Flying Bark Productions. The comedy-adventure series features three human kids who are dedicated to making friends with young alien beings who happen to be scattered all around the universe.

Studio 100 Media has secured the worldwide distribution rights (excluding Thailand) for all audio-visual as well as the L&M exploitation rights and will be presenting the show as a highlight at this year’s MIPCOM RENDEZVOUS CANNES. 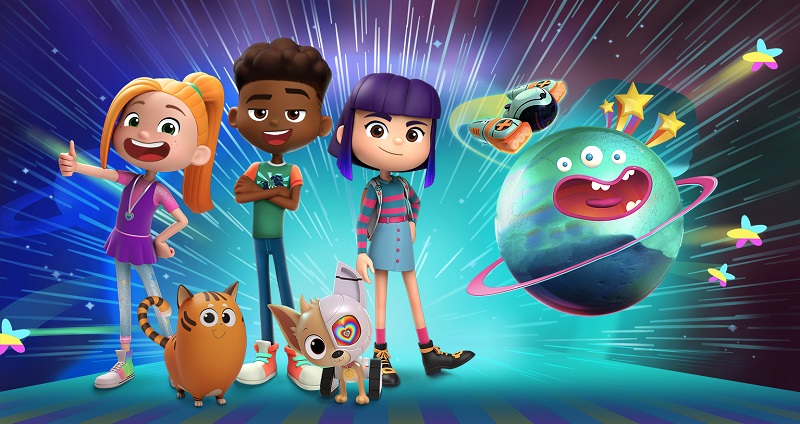 Commenting on the new show, Studio 100 Media International CEO Martin Krieger said, “Many shows circle around ‘having’ friends. With FriendZSpace the core of the show is how to find friends. It’s very easy to make friends with others who are just like you, but it’s so rewarding to make friends with completely unique people – even if they are aliens in all shapes and sizes. Making friends as the essence of the show means being open, showing kids that they should have fun exploring diverse perspectives on life, cultures, ideas and people. This is what enthused us about FriendZSpace, right from the very beginning. With such ingenious creators like Dan Clark and Oscar Covar, together with T&B Media Global and Flying Bark Productions, we are excited about FriendZSpace – a brand-new show that is literally reaching for the stars.”

Created by Clark (Team Smithereen, Disney and Yo Gabba Gabba, Nick Jr.) and Covar (Team Smithereen and Tasty Tales of The Food Truckers, T&B) – the first season of the new animated comedy (52 x 11’) is set for delivery in 2021.

T&B Media Global founder and CEO Jwanwat “Dr. Tan” Ahriyavraromp noted, “Every new friend is a new window into a world totally unknown to us. It is my hope that FriendZSpace will show our young viewers how to connect with the wonderful tapestry of humanity that we share this planet with.” 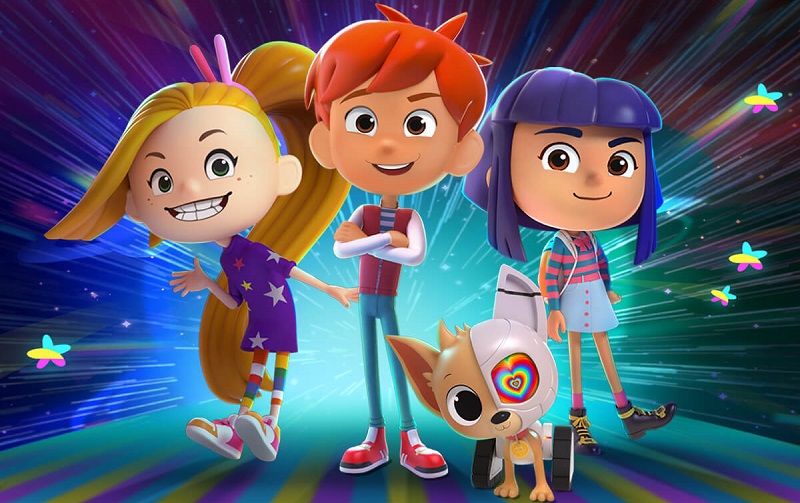 FriendZSpace executive producer Clark further added, “FriendZSpace is about three kids traveling from planet to planet for the sole purpose of befriending dozens of funny and cool alien kids. The production itself is based across Thailand, Australia, Germany, Mexico, and the US, mirroring the series itself. Many cultures, much creativity, all working remotely sharing a positive vision, and most importantly, making new friends!”

FriendZSpace is about three best friends, Alice, Leo and Kim who may seem like regular human kids, but behind their normal facade they are risk-taking deep space friend makers!

The synopsis follows: Each episode follows the three kids as they jet into space in their unpredictable star cruiser, “The Dart”. Accompanied by BotDog (half puppy and half high-tech Swiss army knife) their mission is simple and wonderfully weird: locate planets, find alien kids, introduce themselves, and make friends. But making friends with alien kids is tricky! Some kids live in the bushy eyebrows of a dangerously moody slobbering beast, while the kids from another planet are so colossal, the Earth kids need to climb them like skyscrapers just to say, “Hi!”. Every alien kid we meet is friendable. But befriending alien kids is never easy. Different customs, funny alien biological quirks, and pressing narrative events create comic complications that must be overcome! FriendZSpace is all about kids and kid culture — alien and human— it’s about embracing our differences and getting into exciting trouble in the process!

Flying Bark Productions CEO Barbara Stephen stated, “We are delighted to be setting off on this quirky space adventure with Dan, Oscar and the team at T&B! Wonderfully rich with vibrant characters and plenty of silliness, the often absurd encounters in FriendZspace reveal much about the joy of discovering new friends in the most unlikely of places. We are proud to be co-producing this light-hearted comedy and an opportunity for escape in what is otherwise a challenging time for kids around the globe.”