SpongeBob SquarePants is back with a brand-new feature, The SpongeBob Movie: Sponge on the Run, available on Netflix from 5 November all over the world except U.S.A. and Canada.

The third film in the SpongeBob franchise, Sponge on the Run follows SpongeBob and his best friend Patrick as they embark on a rescue mission to save Gary the snail, who has been “snail-napped” by King Poseidon. They travel to the Lost City of Atlantic City to find Gary, showing viewers the origins of SpongeBob and Gary’s friendship as kids.

The cast of the film includes Tom Kenny who reprises his role as SpongeBob and Gary the Snail and Bill Fagerbakke as Patrick Star, SpongeBob’s best friend. Guest stars include Matt Berry (The IT Crowd, What We Do In the Shadows) as King Poseidon, Awkwafina (Ocean’s 8, Crazy Rich Asians) as Otto, Keanu Reeves (Speed, John Wick) as Sage, Snoop Dogg as The Gambler, Danny Trejo (Con Air, Breaking Bad) as El Diablo, Tiffany Haddish (Girls Trip, Tuca & Bertie) as Master of Ceremonies and Reggie Watts (The Late Late Show with James Corden) as Chancellor.

“We are thrilled that this movie directed and written by Tim Hill will be having a worldwide release through Netflix,” said Mikros Animation managing director Simon Vanesse. “We are so proud to have been entrusted by Paramount Animation to bring the latest adventures of SpongeBob and its universe to life in the first-ever, all-CGI feature animation.” 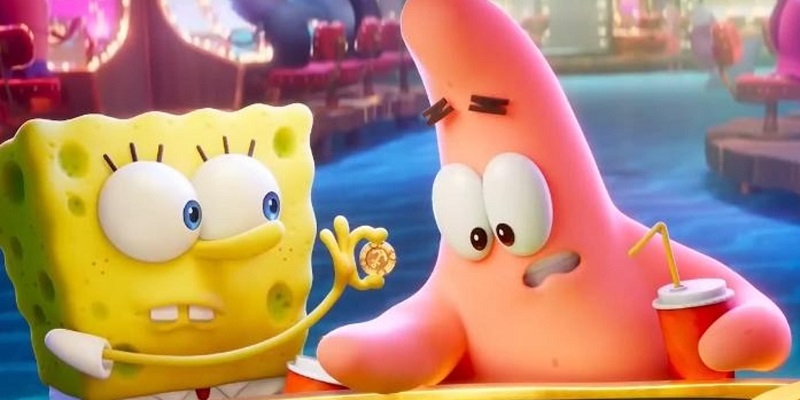 “As a first in the series with fully-rendered CG animation, it was quite a challenge for us,” commented Mikros Animation Montreal head of production Marie Balland. “We worked very closely with Tim Hill and his team to ensure that the translation of the look from 2D to 3D animation would be done in full respect of the franchise, while developing a new and richer look that does really immerse the viewers in Bikini Bottom and the Lost City of Atlantic City.”

Originally scheduled for a theatrical release in May 2020, the film faced multiple delays due to the pandemic and was eventually set for release on the streaming platform.