Sony Animations has delayed Phil Lord and Chris Miller’s upcoming movie Connected indefinitely. Since Connected is a sci-fi family adventure, it makes sense for the movie to be postponed. Box office numbers have been disappointing for most films. Much of the audience is not ready to go back to theatres yet, especially parents with kids. Disney’s recent release Mulan was released on the Disney streaming app for an additional price, which plenty of viewers were willing to pay.

When Katie Mitchell (voiced by Abbi Jacobson), a creative outsider, is accepted into the film school of her dreams, her plans to meet “her people” at college are upended when her nature-loving dad Rick (voiced by Danny McBride) determines the whole family should drive Katie to school together and bond as a family one last time. Katie and Rick are joined by the rest of the family, including Katie’s wildly positive mom Linda (voiced by Maya Rudolph), her quirky little brother Aaron (voiced by Mike Rianda), and the family’s delightfully chubby pug Monchi for the ultimate family road trip. Suddenly, the Mitchells’ plans are interrupted by a tech uprising: all around the world, the electronic devices people love – from phones, to appliances, to an innovative new line of personal robots – decide it’s time to take over. With the help of two friendly malfunctioning robots, the Mitchells will have to get past their problems and work together to save each other and the world! 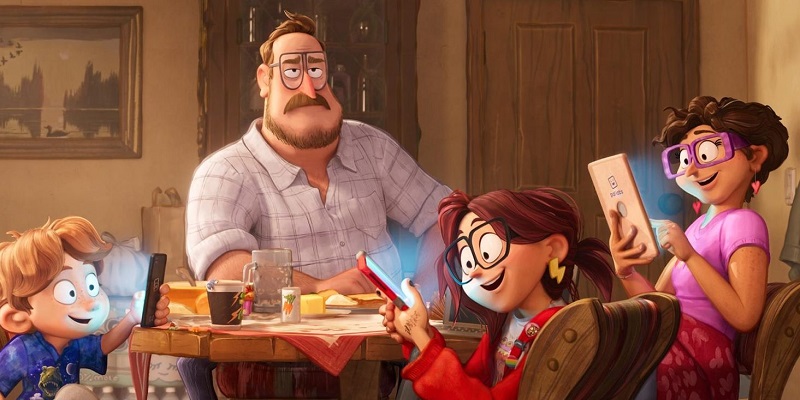 There is also a chance that Pixar’s Soul might follow suit. However, Sony Animation and Sony Pictures don’t have their own streaming service which could have gained most of the profits. So Sony will likely be holding out for a theatrical release, possibly before 2020 ends.

A lot of other films have been delayed, including Wonder Woman 1984 which was pushed from 2 October to Christmas Day, STX’s Greenland, which moved to an indefinite release date after a 25 September release, and Universal/MGM’s Candyman which jumped from 16 October to next year. The delay of Connected leaves 20th Century Studios and Disney’s Death on the Nile as the only big release for 23 October as of now.