After providing entertainment & fun learning to kids throughout the summer and COVID imposed lockdown, popular kids’ TV channel, Sony YAY! has now announced  a massive treat for its young viewers for the second half of 2020.

The channel will be offering a fresh dose of new episodes and tele-movies of the already popular home grown content along with additions of newly acquired Indian animated content. With the schools still closed and kids mostly homebound, Sony YAY! aims to be a one-stop-shop for kids to defeat their boredom and learn new things through entertaining content. This width of content will bring one of the most diverse and robust content libraries in the category. 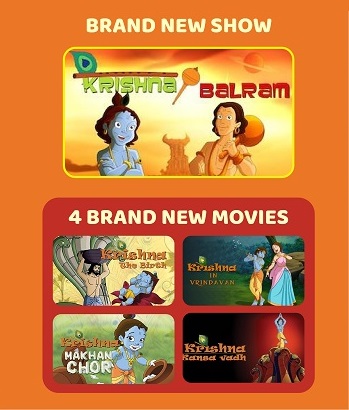 The specially curated programming line-up began with the launch of Pyaar Mohabbat, Happy Lucky on 17 August, which introduced the genre of chase comedy to its already existing loyal fan-base.  Sony YAY! is now foraying into the mythological narrative by launching a new animated show, Krishna Balram.

Strategically releasing the show during the festive fervour in September, Sony YAY! will drive this period with enchanting narratives of friendship between Krishna and his elder brother Balram. Followed by this, the kids channel will also bring endearing tales of Lord Krishna, depicting his life and journey through tele-movies such as Krishna the Birth, Krishna Makhan Chor, Krishna in Vrindavan and Krishna Kansa Vadh.

In the end June, Sony YAY! Programming head Ronojoy Chakraborty shared with AnimationXpress, “We have been experimenting and producing with new pilots for new shows. We have a couple of them ready and which will go into focus groups very soon, as well as acquired ones. This has been our continuous process and we keep on looking at insights that we have gathered through research to bring good stories in the near future. One part of our strategy is to have more new and good characters and convincing IPs, and quality stories for kids to enjoy and love. We’re getting there.” 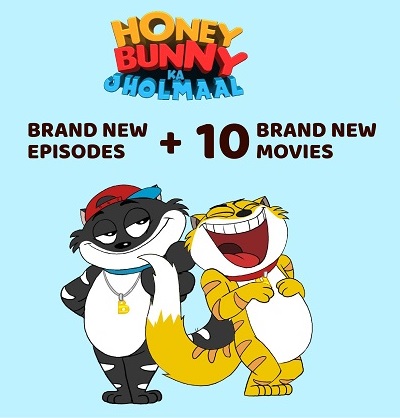 Additionally, in October, Sony YAY! will bring its most popular feline ‘jodi’, Honey Bunny in a brand new avatar. Honey Bunny fans will receive an exciting treat as the channel has announced to offer a new short format content with the toons for which they are planning to rope in a celebrity. Besides this, new episodes and 10 movie premieres featuring the mischievous duo for the rest of the year, to ensure a laughter marathon for its fans.

“Honey Bunny ka Jholmaal is our flagship show and we are producing numerous episodes of it for the entire year as well as a number of movies featuring the feline duo. Our strategy is to keep its loyal fan base engaged with new programmes around the show in the forthcoming months,” Chakraborty added.

The channel’s ghost comedy show, Paap-O-Meter has also garnered increasing popularity since its launch, which enabled the kids broadcaster to ramp up its production slate. Owing to its regained popularity, Sony YAY! will launch its first Paap-O-Meter franchise film, Paap-O-Meter Under Attack very soon. The movie will witness the friendly ghosts in a never-seen-before avatar of heroic escapades to save ‘Bhootlok’.

Commenting on the new developments, Sony Pictures Networks India, Kids’ Genre business head Leena Lele Dutta stated, “Despite all the challenges this year, we have been successful in building an unprecedented scale of content for our viewers. We have successfully forayed into new genres and redefined the existing ones. At Sony YAY!, we understand that kids need to resort to entertainment that fosters their imagination, now, more than ever. Having made kids laugh with a host of comedy shows, we are brimming with excitement as we bring the second half of the year loaded with diverse offerings.”