Not all things are merry on Christmas, especially in the Indian animation industry, as 25 December 2020 marks the first death anniversary of the animation master and legend Arnab Chaudhuri.

Known as an artist, director and industry veteran, Chaudhuri passed away on 25 December 2019 morning in Kolkata. His most noted contribution in the animation industry was the feature film with UTV, Arjun: The Warrior Prince in 2012. Even after a year he bid adieu, his absence is deeply felt and the void he created, is irreplaceable. 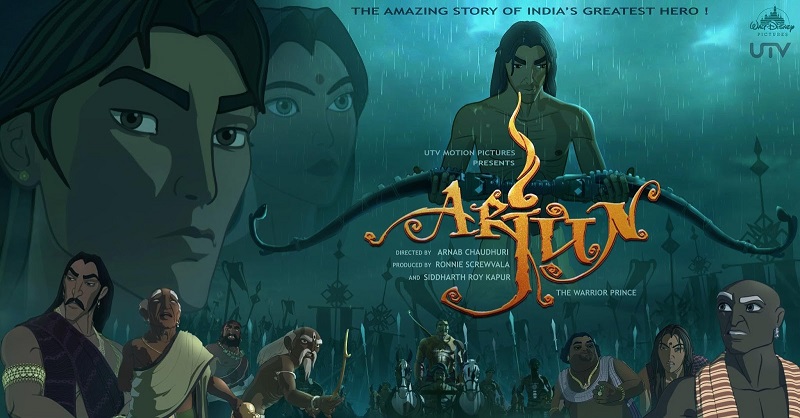 Since his untimely demise the industry has hugely honoured him in many ways it could – earlier this year, the Animation Guild of Hollywood remembered and honoured him; he was given the ‘Legend of Animation Award 2020’ at the Toonz Animation’s Animation Masters Summit and then Promax Asia initiated an award for the first time in his name – ‘The Arnab Chaudhuri Animation Award’. These huge honours are clear indicators of the huge impact he made.

On his first death anniversary, his friends and colleagues remember the master and the person he was and shared with Animation Xpress. Below are the excerpts:

“Arnab was a true genius who was very much ahead of his time. Toonz had a very special relationship with him. He often visited our studios and mentored our artists, who absolutely adored him. He was also a patron of Toonz’s flagship event Animation Masters Summit. Last year we honoured him with the Legend of Animation Award at the Summit. Although we miss him, I am sure he will continue to remain a guiding light for the animation industry in India, for Toonz and for me personally.”

“Arnab was two years senior to me at NID when I joined in 1991. Mischievous person that he used to be, I was very wary of interacting with him. We weren’t that close during those days. I rediscovered Arnab in 1999 as the compassionate, gregarious and hugely generous person at Channel [V]. He was heading it as the creative director at a time when I had just started Famous House of Animation and was seeking projects from there. He greenlit all of them. That collaboration went on to spark some amazing beginnings for Indian Animation when it comes to versatility of styles. Further, we were in touch time and again when he was at CN [Cartoon Network] and was working on Arjun The Warrior Prince. I was fortunate to be there at the premier of Arjun at Annecy when he proudly presented the film. Lastly, just 10 days before he passed away, we spent a whole day together in Kochi while attending an event, had breakfast and lunch together talking about everything under the sun from animation to art to design to politics to family and even diet. That was the last window he gave me before his untimely departure on Christmas. Again, he was very generous with the time he gave me. Christmas will never be the same for me after he left. I still remember the sense of numbness coupled with disbelief when I heard the news.”

“Weird you asked me to speak about him today as I was thinking about him last night and I played a YouTube clip of one of his sessions in Armenia. He’s simply amazing. There’s a circle of people who have never animated before and in minutes the whole room is leaning forward into it, they’re growing in confidence, they’re excited, they’re freely experimenting and having a bawl doing it. It didn’t matter if those students were any good at it, what was important was that they were having fun and they wanted to do it. They wanted to succeed. They wanted to get better. That’s the Arnab influence! That’s his magic spice that he sprinkled on so many of us.

That huge hole he left may be more than covered with what he left behind inside so many others. Anyone that crossed paths with him at NID, Channel [V,] Cartoon Network, Disney. His teaching sessions, lectures, may have just had a beer and a talk…any one of those people are better for it. Not to mention the actual audience that has experienced his work and been moved in some way. I would love to throw in a bunch of adjectives describing what a wonderful, beautiful, calm, constant inspiration he was and still is…but I know he would give me that look that I’d gone too far. That nice smiling little smirk that I miss so much. That smile that made me want to do better, to be better, to have fun while doing it. So now back to that hole. It’s a big one inside me and man it hurts…but that’s only when I realize that he’s gone. Most of the time he’s in my head with that smile, and that makes everything okay.”

“It’s been a crazy one year and today we all remember our dear Arnab Chaudhari. Just in November 2019 we spent two-three days together at the KOCHI DESIGN WEEK. One could never imagine that just a few weeks later Arnab will be no more. He was just a gentleman and kind hearted person. I always looked up to him for his creative depth and human instincts. He was a true legend. In such a short time, Arnab created a space in the hearts of many and touched the careers of fortunate artists. His wonderful creation in ARJUN, will always remain with all of us. The way he would interpret and maintain the storytelling + design together was something to learn. I feel many first generation animation artists could learn from Arnab’s direction. He will always remain a strong foundation pillar of Indian Animation. A true Master by all means. We missed him on all the forums in the last year. His void is deeply felt all thru. Long live our dear friend Arnab.”

“Last summer I was in London with Arnab, family and friends. So much has changed since then – now we live behind masks, don’t travel, don’t meet the people we love. Not sure what Arnab would have made of the pandemic, but no doubt he would have responded with a contrarian streak, with humour and compassion, and with a blast of creativity and imagination. I miss him every day! I really can’t say any more than that.” 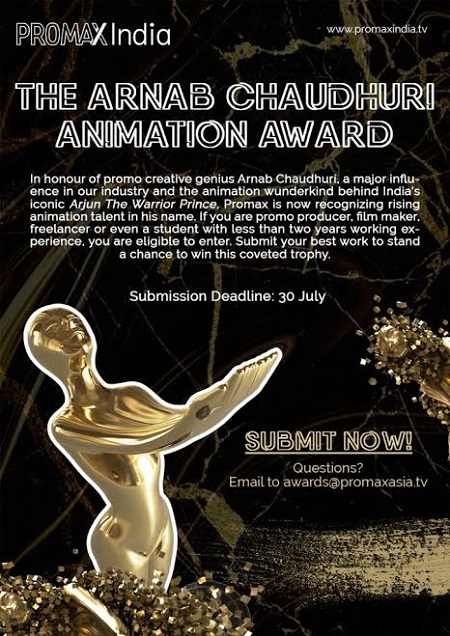 “Arnab was a senior of mine at NID that we always looked up to. While I was a student there, he would always go through my sketchbook and pep me up with his encouraging words. Later on as the creative head at Channel [V] it was he who greenlit the very first Simpoo films that I had pitched to him. And much later while at Disney India, it was again Arnab who encouraged me to produce our feature film – Return of the Jungle. So in so many ways he has been a great support and guiding light to me and continues to inspire us to give it our best! And I shall always remain grateful to him for that.”

“We have been privileged to have known Arnab as our Awards Chair and a true mentor at Promax Asia. We loved his philosophy and confidence that he exuded in people. He was extremely talented and passionate about his work and his experiences and brilliance will always be missed. It was an honour to dedicate a special award this year at Promax India in his memory, befitting the creativity genius that he was and to recognise a new talent creating outstanding work in the field of Animation. We believe his invaluable contribution will continue to inspire generations to come.”

“Arnab left a big void, both personal and professional. He was a risk taker who was an inspiration to Indian animators to think big, and be fearless making animated feature films. I am sad we have been denied more spectacular work from him, which he would have undoubtedly created had he been granted more time in this life. His work will continue to inspire young and old animators and those who had the good fortune of working with him.”

“There will never be another unique blend of passion, talent & aesthetics quite like Arnab Chaudhuri. For those of us fortunate to have known and worked alongside him, he continues to subconsciously guide us every time we create. He is the x-factor in whatever we create.”

“For a producer, interactions with Arnab made you feel happy, inspired and charged up about what could and couldn’t be done. After a bad time, a quick chat with this gentle down to earth yet straight talking mentor would help one reboot and get things back in action. His sudden passing left an empty space where there was a guiding light.”