Peacock has expanded its original programming slate and will be home to a robust content line up including Curious George Collection. Besides that, several films, seasonal TV specials and seasons one to nine of the popular series will be available for the audience.

The original film, Curious George: Go West, Go Wild, finds Curious George back in the saddle and ready for his next adventure. The synopsis follows: George and Ted travel to cousin Ginny’s farm for a relaxing outdoor weekend, but plans take a turn when her farm animals escape into the wild blue yonder. With the help of Emmett, a friendly farmhand with cowboy dreams, the group sets out to track the herd through the countryside, camp outdoors, fish for their dinner, and stumble into a ghost town! Featuring a spirited new score and original songs, this unforgettable story proves that anything is possible when you believe in yourself.

The music from the film features The Other Side by global recording artist Yuna. This is the first time in the history of Curious George films that a song is performed by a female vocalist. Other highlights include original songs written by Michele Brourman, Amanda McBroom and score by Germaine Franco. The soundtrack will be released along with the film release on Peacock.

The credits for the film include :

Curious George: Go West, Go Wild premieres today on Peacock and will also be available on Digital and DVD via Universal Pictures Home Entertainment this winter of 2020. 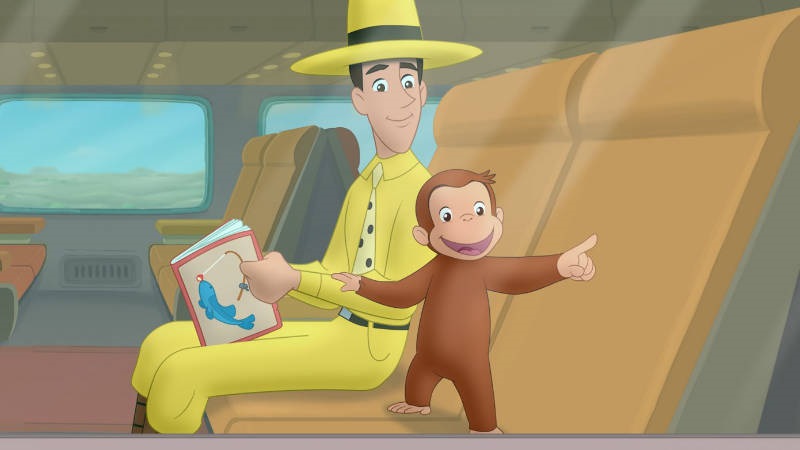 Created by Margaret and H.A. Rey,Curious George is copyrighted and trademarked by Houghton Mifflin Company and used under License and is distributed by NBCUniversal Global Distribution.