After 12 phenomenal successful seasons of Boonie Bear, One Take Media is happy to take the legacy forward with the Monster Plan series of Bablu Dablu. All platforms including Broadcast, OTT are now open for SAARC nations.

Commenting on the acquisition, One Take Media co-founder and CEO Anil Khera said, “Kids love to watch complex issues that have genius simple solutions and we love that this series of Bablu Dablu also has a moral to it’s story, along with entertainment and great animation. Kids are natural problem solvers and to watch the crucial conflict unfolding in this series will be stimulating as well as engaging for them.” 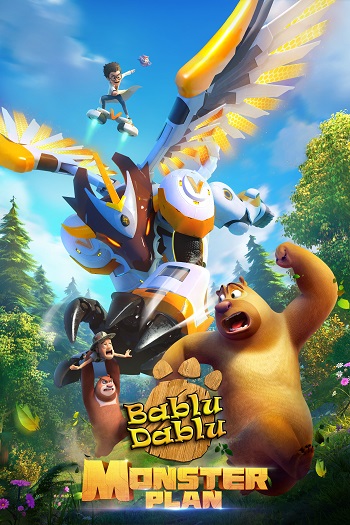 The Monster Plan series is exciting for it’s unique story. The synopsis reads: The crazy scientist, Doctor Rex Vector and his hamster assistant Mister Pete, return to Pine Tree Mountain with Vector’s new, evil invention – a robo-monster complete with animal abilities and in order to collect these skills, he comes up with a power absorbing gadget. Vick, Briar and Bramble, along with other animal friends, must stand up against this “monster plan” of Vector’s. It’s clearly going to be a fierce fight between wild animals and the poaching villains – what unfolds surely promises to be worth the wait.

A content production and distribution hub based out of Mumbai, One Take Media Co. provides content and value added services to leading DTH, Cable, OTT and TV Channels in India and abroad. It  provides content in various genres including Hollywood Movies, Hollywood movies dubbed in Hindi and nine regional languages; Kids animation movies and series; Celebrity based cooking shows and Korean Drama Series and K-Pop.