The fantasy sports segment in India, 2020 was a roller coaster ride. Since it had dependability on the live events/matches, the year 2020 started with a good number of matches in between January and February to extremely limited matches between March and August due to global covid-pandemic. And as IPL2020 happened, it gave a thrust that was missing in the pandemic and it’s still continuing as many international and domestic leagues are taking place.

PlayerzPot, an online fantasy sports gaming platform has recently raised fresh funding of $3 million in their Series A. The brand plans to utilise it further in expanding its verticals, introducing various innovative concepts to enhance the user experience, make advancements in RMG, and overall brand building. In conversation with AnimationXpress, PlayerzPot Media co-founder and director Mitesh Gangar, shared that they have launched a casual gaming section for both sports fans as well as casual gamers with the introduction of strategy games. Check out melbet promo code

Like any other organisation, Covid19 tested its strength and adaptability as an entity as well. During that time they added a new casual game every month. The strategy behind it was “to create household known games and add them the winning thrill,” Gangar expressed so that they could engage their old userbase first. 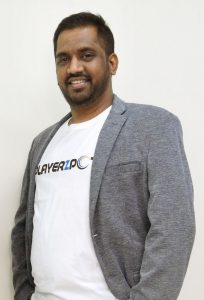 After all sporting events were canceled and fantasy sports were going through a rocky path, during that era they thought of adding sports quiz to the platform which was followed by the incorporation of casual games like Snake Ladder and Ludo, Sheep Fight, Chess, and Housie Quiz. With the focus to give users, multiple game options engage them and generate revenue in tough time they started their journey in casual gaming. They have a pool of games in the pipeline which they will be adding every month.

“PlayerzPot always had the vision of entering casual gaming. With covid halting all real-world sporting events it was the right time for us to venture into it,” Gangar added.

Apart from the cancellation of sporting events, there were other challenges too for fantasy sports platforms to sustain in 2020. He expressed, “The constant debacle around the legality of fantasy sports and ban brought at the state level, the business had multiple downfalls throughout the year. Playerzpot came up with fantasy sports with the idea to build around a platform with a sense of connection to real-world sports. There were no doubts that multiple entrants were entering into the market and it’s equally difficult to sustain this user in the long run but with a sense of understanding the entrant barrier growing trust amongst the user and creating differentiation in a maturing market will be a challenge.”

The year 2021 will be of prime importance to everyone in the industry. With the return of IPL in India, followed by the World Cup, the cricket calendar looks promising. “As of now, cricket covers 90 per cent of the overall market in India for fantasy sports. On the other hand, casual games have played an important role in the pandemic where people had nowhere to go but the home and they started playing these games and hence a shift in casual games where we also launched Quiz, Snake ladder and Ludo, Sheep Fight and more to keep the audience on our platform engaged. With major events happening, the exposure to fantasy gaming will be at an all-time high. As this will be the first time people would be exposed to two IPL and one world cup in a year span. The recall value of Fantasy games will peak and we believe it will be a year which can turn around for the complete industry.”

As fantasy sports operators are increasing rapidly and it’s challenging for many to sustain and maintain their growth, he expressed that to maintain growth, the whole segment should focus on addressing the skill quotient which is required for the game. “If the overall infrastructure of sports is taken care of we will find the game getting bigger. As Fantasy is a replica of real world sport, advancement in sports will ultimately increase user participation. With NITI Ayog coming into the picture, the appointment of the self-regulatory body will help in establishing the fantasy segment as a skill-based game. This will ultimately increase the trust of new users joining on the platform,” he shared.

The pandemic has served as an opportunity with the time to consider their future plans and to start with their real-money skill-based casual games, which they started with a quiz segment and slowly with other games. So far, they managed to add five casual games, and are targeting to add many more in 2021 and are aiming to become a gaming destination in India with a mix of all types of games.