“When I lived at home with Papa, he used to tell me his opinion about everything, and so I had the same opinion. If I thought differently, I had to hide it from him, or he wouldn’t have liked it. He called me his little doll, and he used to play with me just as I played with my dolls. Then I came to live in your house…passed out of Papa’s hands into yours. You arranged everything to suit your own tastes, and so I came to have the same tastes as yours…You and Papa have committed a grievous sin against me…I believe that before all else I am a reasonable human being, just as you are–or, at all events, that I must try and become one.”

Above are the lines from Henrik Ibsen’s A Doll’s House, a seminal literary text that depicts how women are denied of a true personality of their own.  For centuries, women’s perspective of something or even their own self, thoughts and actions have often been sidelined or blatantly ignored. Shrugging off female subjectivity isn’t new, but ripples of change are being witnessed as women have made it a point to have their voices heard and not just be ‘the second sex’.

Silver St. George award winner, acclaimed filmmaker Nicole Brending is one such woman who has taken up the issue of ignoring female subjectivity in her latest stop-motion animated feature, Dollhouse: The Eradication of Female Subjectivity in American Popular Culture. The film portrays the rise and fall of a fictional child pop star, Junie Spoons as her life story (and the ensuing disasters) unfolds, narrated by her close ones.

Set in the bubble gum pop world of Britney Spears, Lindsay Lohan, and others, Spoon’s story is full of scandals, as she rises to international stardom and then faces the aftermath of a life under constant surveillance and scrutiny.

“Dollhouse is inspired by Britney, Lindsay, Miley (Cyrus), Selena (Gomez), Amy (Winehouse), Whitney (Houston), and all the women I know, including my own life.

We don’t honour female subjectivity. It’s like women don’t exist. “Be seen and not heard” – I wanted to capture that somehow,” shares Brending with AnimationXpress.

The animated film is a satirical take on the sad, hypocritical biopics of American pop-stars, and rips off the facade of the showbiz world. Produced by Rock Salt Releasing, the film was released on various digital platforms such as Amazon Prime, In Demand, Flix Fling, Fandango, Vudu, Vimeo on Demand on 11 August.

The puppet-animation film is narrated by a group of people whom Spoons, the protagonist, knew – consisting a record producer, an obsessive journalist, a pseudo-friend, an unbalanced mother, psycho-fans, a PR agent who deals in gossip, a drunken ex-boyfriend and, of course, a therapist. 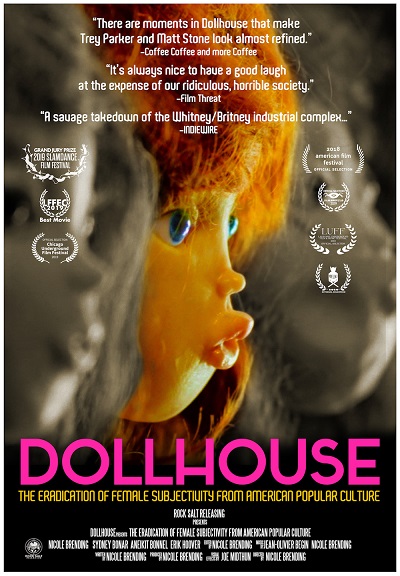 Brending used heavily stylised dolls and props which gives the film a different and unique dimension. “I used puppets as they lend themselves to satire and using humans would be utterly unpalatable. And I think it’s easier to digest some of the things the film is looking at if you can laugh a little. It’s a combo of, “If I don’t laugh, I’m gonna cry,” and “Laughter is the shortest distance between two people.” It gives people permission to laugh, and because of that, has greater impact. It’s not stop-motion strictly speaking. There is stop motion during the “animated” music video (which is a little joke/wink, as Junie sings her diva empowerment anthem about being animated), but the majority of the film is puppets, with a video game interlude,” reveals Brending.

Since the film is puppeteered, it involved a lot of rigging and monofilament, rods, c-stands, creative shooting and editing to give a sense of movement and give the dolls a living quality, Brending explained. She edited Dollhouse in Adobe Premiere Pro using a combo of Red Giant Universe and After Effects for the graphics and motion. “For the stop motion music video, I used Quicktime 7 for creating the image sequences. I am kind of old school, and my budget was low, so I had to use the software I already owned,” she adds. Her friend, Joe Midthun animated the video game part in the film which is actually a real one that people can play.

Brending is highly inspired from real events around, supported with facts from the internet and tabloids as well her own experiences. “Reality is my greatest inspiration. The stories my friends and I tell each other, about being ignored, and exploited. When I was in grad school, I won the screenwriting competition, which is kind of the highest honour they have and frequently went to the male students. I got a manager out of it and started working. And all of these men that I went to school with and even complete strangers felt entitled to ask me to write scripts for them for free. And when I would turn them down, they would act like I was a bitch or that they had offered me an opportunity and who did I think I was?!

No woman has ever asked that of me. There is a sense in society that it’s okay to take from women and to take credit and glory from their labours and talents without ever really recognising their contribution, and Junie’s story reflects that. She is extremely talented, yet she is treated like a workhorse,” reflects Brending.

In all facets of women’s lives, we are expected to give and not expect in return, be it appreciation or due acknowledgement for that matter all across the world. Showbiz is just an obvious, very public display of this. Of course, there are many exceptions but the sad reality is, the numbers reveal a grim picture. 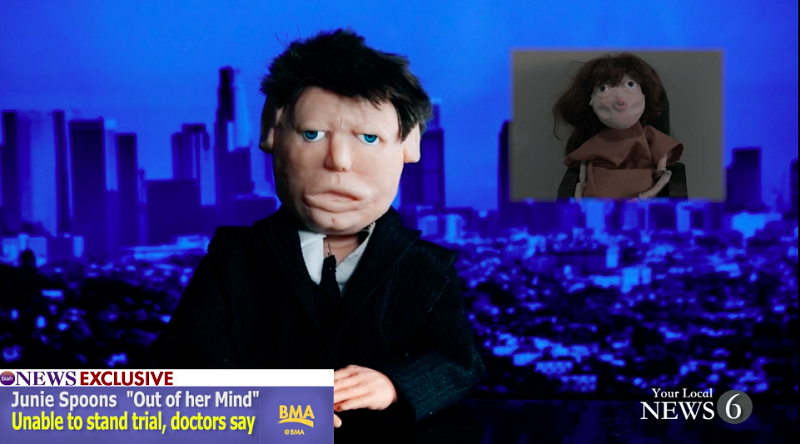 Brending further noted that she wanted to grasp and depict this sham and hypocrisy of the society and patriarchy, hence she used the unrefined dolls as her mouthpiece. “I’m not a sculptor, although I am trained in portraiture. So I tried to focus less on making it refined, and more on capturing the essence of each character, the environments that they would inhabit, give a more impressionistic sense of the world. It’s a satire, so finding that one expression that really makes that character was a fun challenge when I was designing each of the dolls.” Joey Gold, out of all characters was her favourite, she said, for his corn-rows and his moustache and his multiple piercings and his “what are you looking at” expression.

Brending who won the Silver St. George award, Moscow International Film Festival for her short film Selfied, and co-authored a number of screenplays and adaptations, (including for Tom Dolby’s The Artist’s Wife)  considers animation to be one of the best ways to handle satire and hard-hitting content. “Boondocks, South Park, those are some of the best and most effective satires in contemporary entertainment, and they would have no effect if they were live-action. I think animation allows us to be children again. It’s disarming in a way, so it removes us from our adults bodies and reminds us how simple we are, so that we can get to the heart of something more quickly and without being dragged down in the process,” she stated. 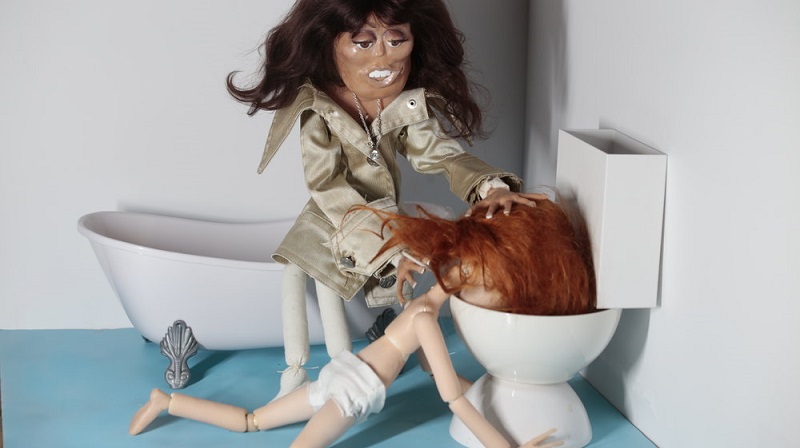 Dollhouse: The Eradication of Female Subjectivity in American Popular Culture rightly points out how people and society takes an ownership of the ‘female self and body’, who’s constantly made answerable for her thoughts, actions and even voice. Junie Spoons is exploited for her money, fame and tender age which is symbolic of the harsh realities every woman can relate to.

Position of modern women, women centric issues and ‘Feminism’ are rampantly undermined with several arguments and counter arguments, without clearly understanding what the term means.

Brending concludes, “ I definitely think there’s a kind of socially-acceptable feminism that’s going on right now that is safe, and, in a lot of ways, misogynist. I don’t align myself with liberals or conservatives, but liberals seem to have a sense of ownership over women’s issues and are dictating the rubric without considering any other perspectives, or considering that the trending perspective actually excludes a lot of women and their views, and this is very problematic.”