Netflix has announced the release date of its upcoming Original animated feature, Over The Moon. The fantasy-adventure animated film will stream on the OTT platform 23 October, 2020 onwards.

Co-directed by Oscar winners Glen Keane (Dear Basketball) and John Kahrs (Paperman), Over the Moon is a inspired from a classic Chinese myth and tells the tale of 12 year old girl, Fei Fei who builds a rocket ship to fly to the Moon to prove the existence of the Moon Goddess. The Goddess holds the secret to immortality, and Fei Fei ends up on an unexpected quest, and discovers a whimsical land of fantastical creatures. 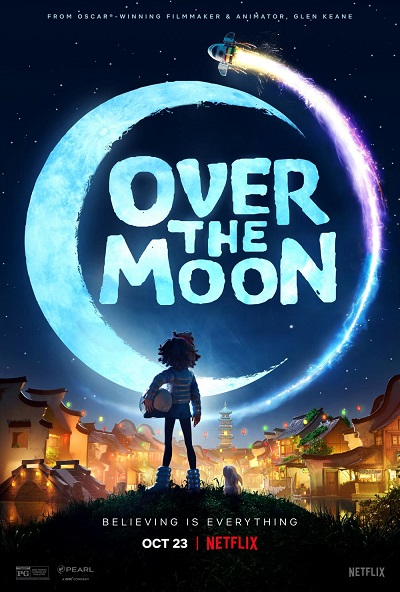 Over The Moon is a joint production between the streaming colossal and Pearl Studio. “It’s a very international production. We have people in Holland, in Spain, France, Canada, China. It was truly a new model of doing animation not only internationally, but within a studio system — unique the way Netflix and Pearl collaborated on this project,” Keane mentioned in an official statement.

Netflix recently released the lead single from the feature, Rocket to the Moon, with a new lyric video and making-of featurette. Rocket to the Moon, a hero’s ballad, gives us the first look into the music of the movie. The song is sung by Cathy Ang, who has lended the voice to Fei Fei.

The screenplay of Over The Moon is penned by the late Audrey Wells (The Hate U Give) and is produced by Gennie Rim (Dear Basketball) and Peilin Chou (Abominable). Janet Yang (The Joy Luck Club), Keane, Ruigang Li, Frank Zhu and Thomas Hui serve as executive producers of the film.