Nearly eight years since its inception globally, Cosmos-Maya’s Motu Patlu still entertains and wows young audiences. It has retained its top position among kids’ animated shows on TV and digital platforms. And now, it has added another feather to its cap! The 3D animated series has bagged the Best Animated Programme or Series (2D or 3D), National Winner from India, at the reputed annual Asian Academy Creative Awards held at Singapore.

With the year nearing its end, the award season has begun, and being recognised at the AACA signifies global recognition for Motu Patlu, Cosmos-Maya and Indian kids’ animation sector on the whole at the international media stage. Motu Patlu will compete with national winners from 10 other countries for the final round of the AACA to be held virtually from Singapore in December 2020.

One of the prime viewership drivers for kids’ channel Nickelodeon, Motu Patlu has consistently been the top show in terms of viewership, watch time and ratings as per BARC statistics. In fact, for week 41 (10 to 16 October), Motu Patlu: The Super Heroes and Super Villains from Mars is the number one show among Top Five Programmes with 1179 (in thousands) weekly impressions followed by Rudra, Motu Patlu in the Game of Zones, Shinchan and Oggy and the Cockroaches. The 3D animated show has also been declared ‘the most popular animation show in the world’ by Google, two years in a row.

Commenting on the win, Cosmos-Maya CEO Anish Mehta stated, “As 2020 is coming towards an end, this was extremely welcome news for our production and executive team. Motu Patlu is the crown jewel of the Indian animation industry. It is our first kids’ IP that kickstarted our content production wing, which currently holds 60 per cent market share in the Indian kids’ animation space, catering to 200 million kids in India, and millions abroad in more than 10 languages. We are absolutely elated to witness the manner in which our Motu and Patlu have slowly gained pop icon status in India; from comic book characters to one of the top-viewed cartoons by Indians globally. This recognition by AACA goes to show how the world is our oyster and how our industry is gearing up for a global culture-agnostic media market.”

In September, Motu Patlu celebrated its 1000-episode milestone, a record it has managed to set in less than a decade. Moreover, Motu and Patlu are the only animated characters from India to have their wax statues at the famous Madame Tussaud’s Museum. The success of the series has resulted in 21 telemovies, a full-length 3D stereoscopic feature film and a spin-off show with one of its characters, Inspector Chingum which currently streams on Amazon Prime Video.

Cosmos-Maya chief creative officer and Motu Patlu director Suhas Kadav mentioned, “Watching our creations grow from familiar characters to one of the most viewed and loved shows is a journey few content creators get to undertake. Motu, Patlu, Dr. Jhatka, Ghasitaram and the townspeople of Furfuri nagar have been nurtured by our team like family and will always hold a special place in my heart. There’s no better feeling than seeing our beloved characters win such huge laurels at such prestigious events. I’m immensely obliged towards the panel at AACA for bestowing this honour upon Motu Patlu.”

It boasts a viewership of seven billion globally by nearly 55 million subscribers on Cosmos-Maya’s YouTube multichannel network, WowKidz. Kadav further revealed to Animation Xpress earlier that relatable, simple, funny storyline of these two buffoons who’re heroic in their own ways is the key to Motu Patlu’s success and popularity to date. 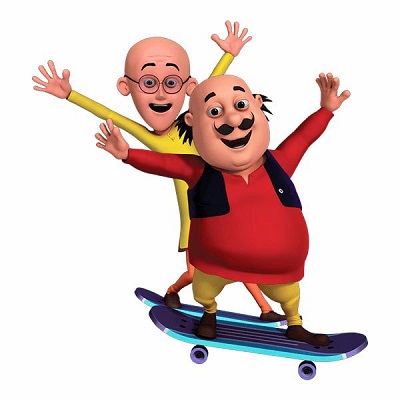 “We kept our stories simple, engaging, relatable and fun. At the beginning, we weren’t sure how the animation or the stories would pan out in every episode since we took the characters from comics. Hence, we decided to make a two and half minute promo of the IP first -keeping in mind that we wanted our grown-up heroes Motu and Patlu to be funny yet having a moral sense. We wanted Motu Patlu to stand out as an animated series, unique and different from any other shows on air. Even after 1000 episodes, as a director, I still sit with the writer and work on the storyline, graph, comedy gags, action, the flow of the episode to give it a perfect entertainment quotient for the kids,” he added.

Quite lately, Cosmos-Maya’s WowKidz Distribution secured a number of deals for the iconic animated IP. They are:

> China-based Puxin and Zhong Lu have picked up non-exclusive digital rights for 335 half-hours of Motu Patlu along with Vir: The Robot Boy, Eena Meena Deeka and Tik Tak Tail for digital streaming on government IPTVs. 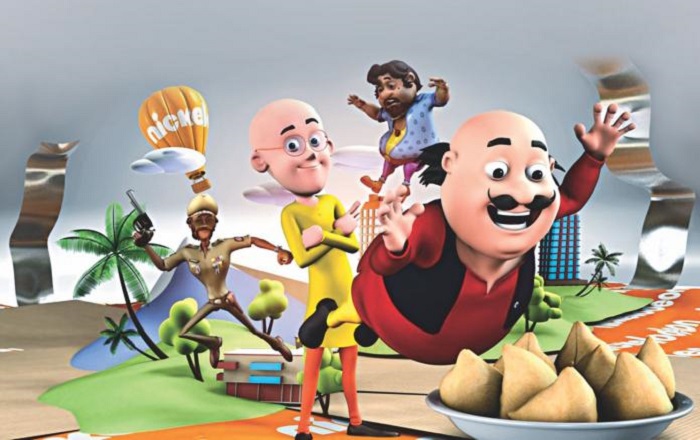