The 52 x 12’ adventure comedy series, produced by Dargaud Media, Ellipsanime Productions and philmCGI (Pune, India), was named the winner of the ‘Animation Export’ category. This marks the third win, along with seven nominations for MEDIATOON, having taken home the award for Trotro and for Cedric.

The TV France International Awards celebrate the distributors behind the best-selling French TV productions. The Fox Badger Family, commissioned by France Televisions has been a huge success. It has been translated into more than 20 languages and sold worldwide, with a second season currently in development. 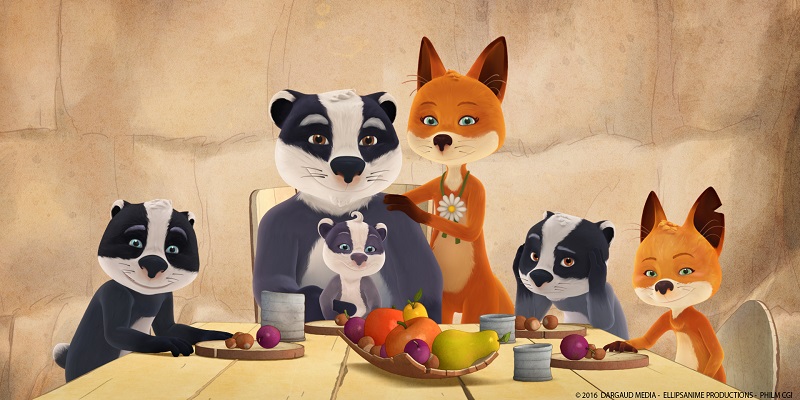 Elated on the win, MEDIATOON Distribution managing director Jerome Alby said: “We are delighted that The Fox Badger Family has been recognised with such a distinguished award in an extremely tough category with two other standout series. Since day one, my team and I have been drawn to the strong values of friendship, tolerance, teamwork, discovery, family and ecology that the series imparts. These are all values we cherish and that are reflected across the MEDIATOON offering. I share this success and express my deepest thanks to commissioning channel France Televisions, our production teams, and all our broadcasting partners around the world. We are very proud to receive this prize and of the show’s continuing success, and look forward to bringing the second season to preschool children globally.”

The Fox Badger Family is based on the hugely successful award-winning comic book of the same name, published by Dargaud and written by Brigitte Luciani and illustrated by Eve Tharlet. 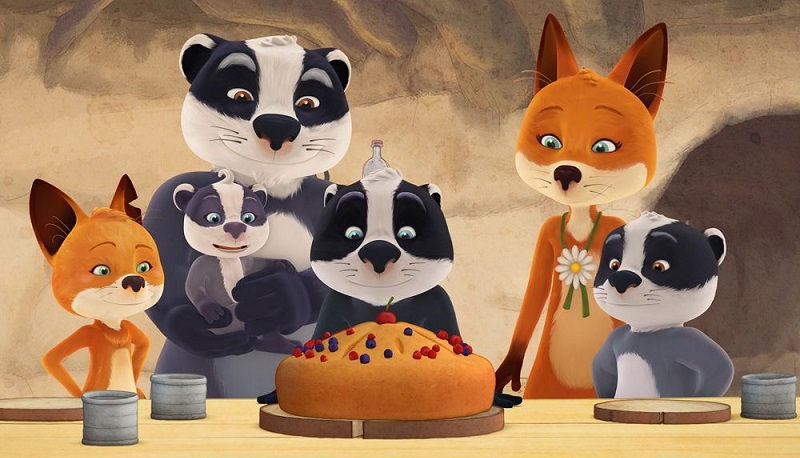 The series follows a Badger dad Edmund, his two twin boys Woodsy and Scoutbadger and their baby sister Berry as they all live peacefully in their burrow. Here goes the synopsis: However, in nature it is common for Foxes and Badgers to share their burrows. So, when Edmund falls in love with the beautiful fox Margaret, of course he asks her and her daughter Rosie to move in to form one big Fox-Badger family. What a great change for the Badgers! They will all have to learn to get along and find a new balance in their lives. Luckily, when love is involved, despite the occasional argument, the house is filled to the brim with happiness and smiles!

Till date, the animated series has been sold to TV Brazil, CCTV-14 in China,  Télé-Quebec in Canada, RAI Yoyo in Italy, WDR/ARD/KiKa in Germany, TVC in Spain, Sweden’s SVT, RTBF/Ouf Tivi in Belgium, RTS in Switzerland, Poland’s TVP-ABC in Europe, Norway’s NRK Super, YLE in Finland, RSI in Switzerland, RTV Slovenija, Ceska TV in the Czech Republic, ERR in Estonia, RTV Slovenska in Slovakia, Prava i Prevodi in Serbia, and LTV in Latvia alongside a deal with Mauritius Broadcasting in Mauritius. Pay TV and VOD deals for the animated series include HOP! in Israel, D Smart in Turkey, Germany’s Studio 100 Junior and CJ Tooniverse/English Gem in South Korea. On the other hand, its SVOD deals in the US and Latin America are with Hispanic channel HITN/Edye, Mango TV in China, France with Orange’s platform OCS, Infinikids and TFou Max, with all TV rights acquired by MTVA in Hungary and Canal+ in Myanmar. In addition, further SVOD deals have included OCS in France, Telecom Italia and Canada’s WOW!