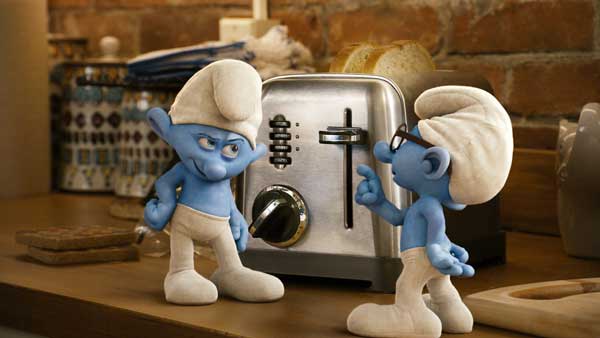 The film is about the Smurfs who were chased out of their village by the evil wizard Gargamel through a magical portal, and into our (Human‘s) world, they land in the middle of New York’s Central Park. Just three apples high and stuck in the Big Apple, the Smurfs must find a way to get back to their village before Gargamel tracks them down.

The challenges began on set, where the director of photography, Phil Méheux, and the film‘s production designer, Bill Boes, coordinated efforts with visual effects supervisor Richard R. Hoover, SPI senior animation supervisor Troy Saliba, and SPI senior VFX producer Lydia Bottegoni of Sony Pictures Imageworks to build sets, light them, and shoot the film in such a way that the three-apple-high stars (Smurf Characters) could be added later. 3D visual effects supervisor Rob Engle was also on hand to ensure that it would all come to life in 3D. 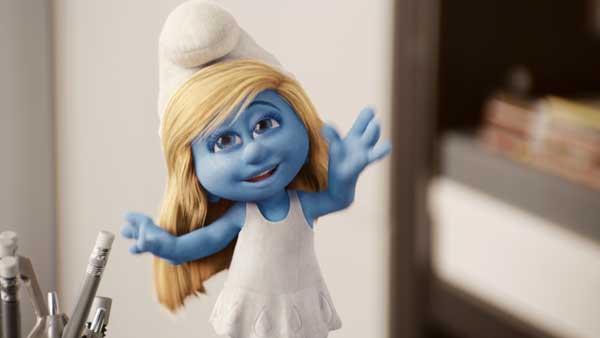 According to producer Jordan Kerner, it‘s easy to see why the Smurfs have entertained people around the world for generations. It‘s not just that they‘re adorable – they also represent a type of humanity at its best. “The Smurfs are an analogy for a nation”, says Kerner. “They emphasize family and the importance of cooperation. More importantly, they always see the best in people first. The Smurfs really care for and look after one another.” 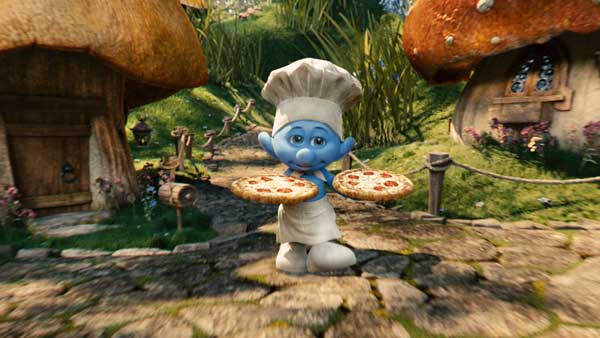 “It‘s very much a Smurf-out-of-water movie,” says Raja Gosnell (Director). “We took this Smurfy code of living and played it against modern-day New York City. There were an awful lot of moving parts on this movie. Basic Directing 101 is about moving your characters around, how you stage a scene. On this movie, we had to stage scenes in which six characters weren‘t there. The actors would have to interact with nothing, and sometimes the camera would move, following nothing. My biggest job as a director was to keep the eye on the prize- how to keep everyone moving toward the same goal. Everyone embraced the fun and the challenge of the project, and by mid-movie, we were flying”. 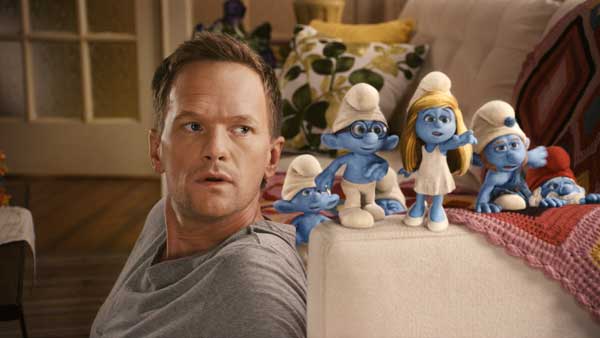 Rich Hoover, Visual Effects Supervisor shares, “The filmmakers wanted to stay true to the spirit of the series but make it true to our world. We wanted it to be a cheerful and fun look. Raja wanted the film to be bright and he wanted his actresses to look great. In the grotto we made it a little darker and a little bluer, especially with a blue moon. Gargamel‘s castle was foreboding. Of course, the Smurfs themselves are blue and a very special blue. But the exact shade changed a little based on the lighting of the scenes”.

Sony Pictures Animation did a great deal of design and pre-production tests and proof of concept. The Third Floor, a previz company, did previz of the fully CG scenes at the beginning of the movie. And then Imageworks did the camera work for the full CG scenes.

Raja Gosnell did extensive storyboarding for most, if not all, of movie. He even had some artists do renderings in colour. Imageworks did extensive look development on the characters and scenes. One of the many continuing traditions is the introduction of new Smurfs. The filmmakers had the opportunity to imagine three new Smurfs for the movie – Panicky, Crazy, and Gutsy, the last of which takes on a starring role. 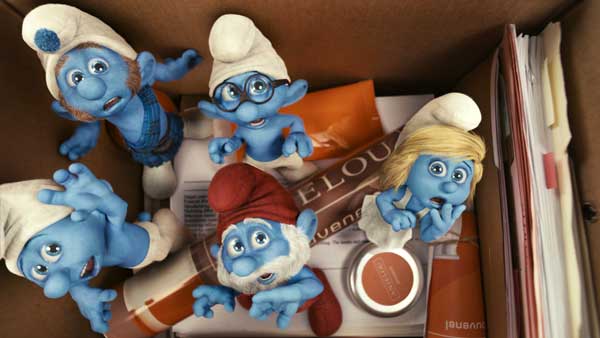 Sony Imageworks created the Smurf village, which is the entire opening of the movie. Gargamel‘s castle is actually a real castle in Austria, which Rich shot from a helicopter. That shot reveals a picturesque valley with an old world town. The artists painted out roads and such and then dived into a fully CG forest and take a roller coaster ride as they penetrate an invisibility shield to reveal Smurf village.

Smurf Village is created as a world that looked as if the Smurfs would have actually built it themselves from materials naturally found in their environment. Everything had a real quality to it, not scaled to fit the Smurfs but real objects, plants, leaves, and so forth of just the right size.

Kerner felt that this film was the perfect new form for the next iteration of the Smurf story, all of which was shot in New York City at iconic locations like Central Park and Belvedere Castle, as well as FAO Schwarz, the Russian Tea Room, Rockefeller Center, and Brooklyn‘s Prospect Park. 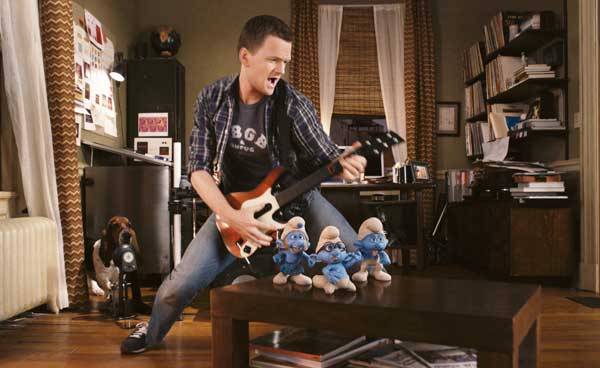 Kerner adds that director Raja Gosnell‘s expertise and gentle touch — not to mention his hands-on experience marrying live-action and computer animated characters in such films as Scooby-Doo and Beverly Hills Chihuahua – made him the perfect choice to direct.

Imageworks’ main studio in Culver City also worked on the feature. Imageworks India was very involved. They did almost all of the matchmoving and much of the painting. Many of the animators were located in Imageworks Canada office in Vancouver. In addition, shots with Gargamel and the cat were done by Tippett Studios. Additional visual effects were done by Framestore. Stereoscopic 3D was supervised by Imageworks stereographer Rob Engle and work on all but the all-CG sequences, which were done by Imageworks, was handled by Legend 3D, Sassoon and In 3.

About the challenges faced Richard asserts, “The most important thing in combining live action and CG is to make sure that everything looks real and as if it belongs. Matchmoving, which was done almost if not entirely by Imageworks India in Chennai, was a critical first step. They did a terrific job and their great work made sure that everything we added digitally fit accurately on the surfaces”.

“Lighting is the other essential consideration. To accurately capture, we used a new camera called the Spheron. It allowed us to light Smurfs in an extremely realistic manner and light into plate, using the actually lighting characteristics of the live action scene. The Spheron camera combined with Imageworks‘ colour and lighting tools, saved tremendous time and gave the artist more time to be creative and make shots look even better. Biggest challenge was the colour blue. Wanted to be true to the colour of Smurfs’ blue but it also was affected by the variety of locations”, he added.

The film stars Neil Patrick Harris, Jayma Mays, Sofia Vergara, and Hank Azaria as Gargamel. Directed by Raja Gosnell and Produced by Jordan Kerner the film is based on the characters and works of Peyo. Director of Photography is Phil Méheux, BSC and Visual Effects Supervisor is Richard R. Hoover and Troy Saliba was the animation supervisor.

Richard concluded saying, “It was a great effort and tremendously fun!”