Krayon Pictures (Pune) and People Tree Films’ 3D animation stereoscopic feature ‘Delhi Safari’ will release in India on Sept 30 2011. The film will release in Hindi language across India in 3D with approximately 250 prints. 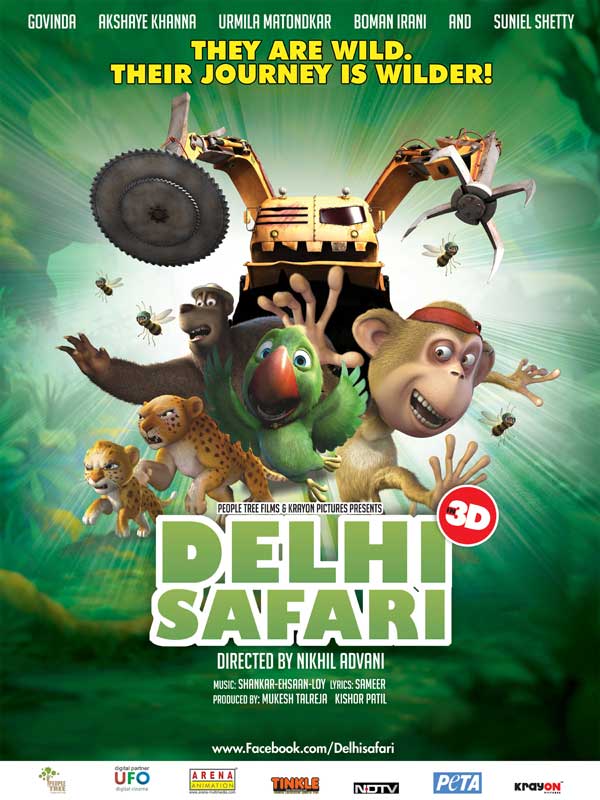 The company is currently closing deal with a major distributor for the India release.

Delhi Safari tells the story of a group of animals who are on an adventurous mission to preserve their habitat as it comes under threat from developers.

Directed by popular Bollywood Director Nikhil Advani, the Hindi version of the film features voices of popular Bollywood actors like Govinda, Akshay Khanna, Urmila Matondkar, Prem Chopra, Boman Irani and Sweenie. It will have 3-4 songs for which the music has been composed by Shankar Ehsaan Loy.

Delhi Safari is also endorsed by People for the Ethical Treatment of Animals (PETA) as the film follows the theme of rights for animals and forest conservation. PETA is supporting the film worldwide.

The film will also have an international release and is being represented by Fantastic Films Internationally. The English version of the film has voices of Vanessa Williams (Desperate Housewives), Brad Garrett (Everybody Loves Raymond), Jane Lynch (Glee) and Christopher Lloyd (Back to the Future), Cary Elwes and Jason Alexander.