Tara Douglas is the Founding member of the Adivasi Arts Trust, an organization that promotes awareness of Indian tribal culture, and works with the tribes involving them in digital media projects to make their arts more widely accessible

Talking to AnimationXpress.com Tara shares her experiences during her trip to Nagaland and how it enlightened her to make an animated folktale short out of it and also briefs us with the details about her upcoming projects.

What is Adivasi Arts Trust and how did you get associated with it?
I am a founding member of the Adivasi Arts Trust. The Trust is a UK based registered charity that was started in 2007 to continue the work initiated by an animation company in Scotland, to animate Indian tribal folktales. An earlier collection of tribal animation films from Central India required distribution and the Trust was initially set up to do this. The response to the films was so positive that the Trust now continues to raise awareness about Indian tribal art and culture. Now there are over a hundred members in the Trust. While many of them are based in the United Kingdom, more than half of the members are in India. Other members of the Trust are becoming active and proposing projects through the Trust. In addition to animation films, the projects of the Trust include workshops, organizing exhibitions, research and publications on the internet. 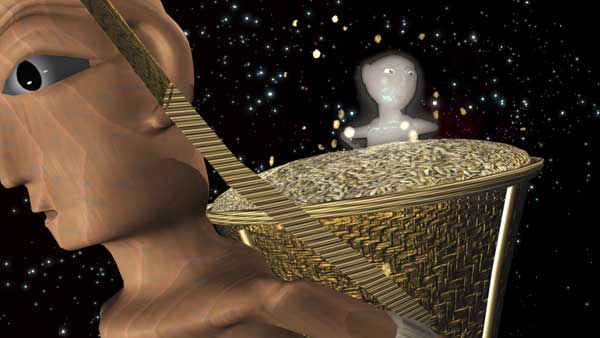 Tell us about the recent film screening programme in Delhi Public School in Dimapur and Christian Mission Secondary School.
I have been in Nagaland for a month now and have conducted three animation film screening events with presentations first giving a brief introduction to animation for school children. It is a delightful experience to interact with young people within the context of culture and animation. Children are very receptive and are unanimously fascinated with the animation medium; when asked who enjoys watching cartoons, inevitably all children raise their hands in the group! Children are open minded and ready for new ideas. They are not intimidated by digital technology and they are enthusiastic about the idea of bringing their traditional folktales to life through animation. 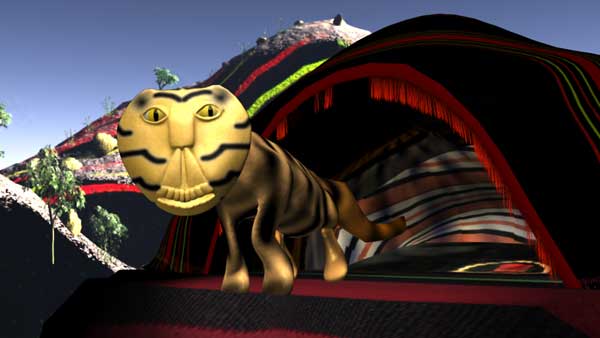 The objective of screening tribal animation films in schools is to raise awareness of the potential of animation as a tool to preserve and promote culture. In Nagaland children will mostly be exposed to commercial cartoons that have little relevance to them. By screening indigenous animation films, they may be inspired to learn how to do animation later on. I also hope that they will be inspired to look into their own folktales as source material for creative projects, and they may also find a new interest in their oral traditions if they see the possibilities of adapting them for digital media. 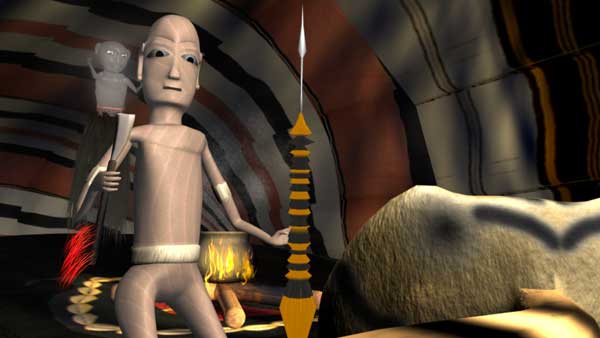 What do you feel about the potential in students for animation in this coming generation?
I feel that there is a lot of potential in students for animation in this generation because young people are growing up with exposure to cartoons and computers and they are not intimidated by digital technology. They all watch animation whenever they can and they now want to know how the magic is created. In places such as Nagaland also, I have already met young people who are taking initiatives to start their own design companies or collectives to pursue digital media. I have noticed that traditional cultural practices often do not offer scope for change or adaptation, which therefore does not encourage new modes of expression from the young generation. Animation may be a medium that they can use to make their own contributions to the ever changing expression of their culture as they explore their roots, which they seem to want to do.

Tell us something about your project animated folktale from Nagaland.
I came to Nagaland on this trip to work on a short animated folktale from the state. Having completed a short animated folktale from Chhattisgarh with characters based on the brass sculptures from Bastar, I was interested in finding more indigenous sculptures that could inspire the artistic style of another 3D animation film. I first became interested in Naga art and stories in London, where I visited several museums and libraries. I photographed a lot of Naga sculptures and artifacts and I adapted the chosen story for the first draft of an animation film script. The following year I went to Nagaland for the first time, and it was a trip that really inspired me. I made several more visits after that, and in 2009 I conducted a 3 week long animation workshop for young people in Dimapur.

The response to the animation project was very encouraging, and at the end of last year support was granted by the State Government of Nagaland to complete the short film. I am using 3D computer software to bring the characters to life in a virtual world. Though it is too complicated for beginners to learn, I am hoping to include two handmade stop motion sequences in the film that can be done by local artists. I will be able to get a good musical track done here in Nagaland and the film will be dubbed into Angami and Hindi languages for local and regional screenings, in addition to English. The five minute long film will eventually be part of a new series of animated folktales mostly from the Northeast region “Tales of the Tribes”. It is a project that began with a previous collection of animated folktales from Central India.

What is the film about?
The animation film that I am presently working on is a folktale from Nagaland. It is an adaptation of a story from the Angami tribe, though it is now apparent that the tale is shared by some of the other tribes too. It tells a story of how once upon a time Man, Tiger and Spirit were brothers. In the beginning they lived together in harmony, but their different natures and habits drove them apart. I chose this story for the five minute film because I felt that it was unusual and interesting. Further research has revealed a prevalent belief in Nagaland of a close bond between man and tiger. Some tribes believe that pre-Christianity certain people shared their spirit with a tiger and were able to roam long distance assuming the form of a tiger. I think the story of the three brothers has a message that is relevant today, about mankind‘s increasing alienation from nature.

What have been the recent events with the Adivasi Arts Trust?
The Trust has been involved with many interesting projects. We have recently collaborated for two successful exhibitions of Pardhan Gond paintings in top contemporary art galleries in London.

What is next in the pipeline?
The Nagaland animation film will be part of a collection of five short animated films. Four of the stories will be from the Northeast – in addition to the one from Nagaland animated stories are planned from Manipur, Arunachal Pradesh and Sikkim. One of the stories will belong to the Pardhan Gonds of Madhya Pradesh as their last animation film was the most popular in “The Tallest Story Competition” series from Central India. Other planned projects include more exhibitions of tribal art as well as documentation of folk stories in mother tongue languages. The Trust is also collaborating with INTACH for an illustrated book of folktales from the Northeast.

Folktales are entertaining and educational and they are appreciated across cultural boundaries. In other countries a need has been realized to preserve indigenous art and culture. Oral traditions from the Gaels, Eskimos, American Indians and Aborigines are becoming animated and indigenous people of Estonia have their own TV channel. Adapting oral and artistic traditions with the help of indigenous communities in India creates links between minority communities, interaction, technical education, cultural pride, new ways of understanding identity and an outlet for the young generation of tribal‘s to contribute to their cultural heritage. This will lead to new ways of generating income, less dependency on government jobs and even the chance to make a mark in the global scenario. The Adivasi Arts Trust provides a forum for Indian tribal artists and appreciators of tribal culture to get together to preserve and promote it.