14-year-old Kyndra Sanchez is starring as one of the voices in Nickelodeon’s new animated series, Santiago of the Seas. Sanchez plays Bonnie Bones, a scheming pirate whose goal is to make life miserable for steadfast sailor Santiago.

“Bonnie Bones is self-centered, outspoken and very funny,” Sanchez said. “And it’s so much fun playing such a strong Latina girl.” Sanchez made her debut at the age of eight in a Verizon commercial. Since then she has appeared on Sesame Street, Dora and Friends: Into the City and Butterbean’s Cafe.

The interactive show follows the adventures of an eight-year-old, kind and brave junior pirate Santiago Montes who searches for hidden treasure, always stands by his best mates and keeps the high seas safe from villains like Bonnie Bones and her sidekick Sir Butterscotch. 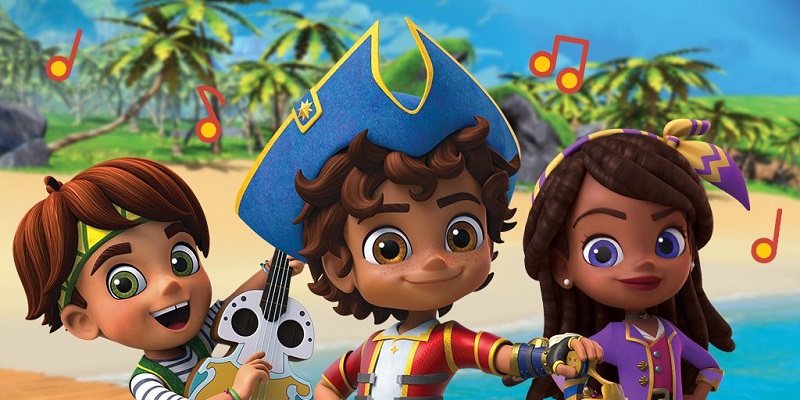 Santiago, or Santi, as he is called, is voiced by Kevin Chacon, who landed the role in 2018. “I usually record my parts in New York, but since the pandemic, I’ve been recording from a studio that was built in my room,” Chacon said.
Sire Butterscotch is played by John Leguizamo.

The series features Latino-Caribbean culture by highlighting such things as its music, language, cuisine, dances, architecture, customs and folklore. It also helps the viewers learn the Spanish language as the characters switch between English and Spanish throughout the episodes.

The series will premiere on 9 October on Nickelodeon